US to impose tariffs on $200 bn in Chinese goods: reports 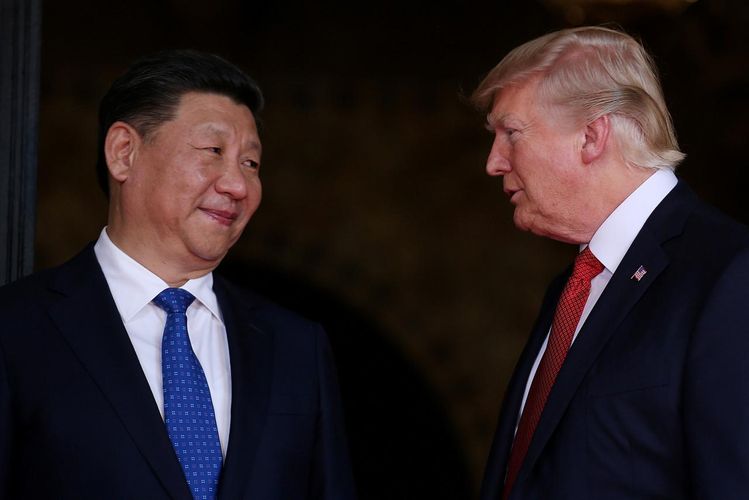 The prospect of new tariffs undercuts hopes of an imminent reduction in trade tensions between Washington and Beijing. (Pic Credit Reuters)

US President Donald Trump has decided to impose tariffs on $200 billion in Chinese imports and could make the announcement in the coming days, US media reported.

Citing anonymous sources, The Washington Post and The Wall Street Journal reported that the tariffs would be set at 10 percent.

Trump has already imposed 25 percent tariffs on steel imports and 10 percent on aluminum, as well as 25 percent on $50 billion in goods from China.

The prospect of new tariffs undercuts hopes of an imminent reduction in trade tensions between Washington and Beijing.

On Thursday, China had welcomed a US offer to hold fresh trade talks, providing some hope the world’s top two economies could step back from the brink of an all-out trade war.

Gasperini on two penalties for Juve: They are above any rules in Italy. Did we have to cut off our hands?
Sarri Pro 2:2 with Atalanta: We played with one of the best teams in Europe right now
Pep Guardiola: Manchester City have won a place in the Champions League on the pitch. I hope that UEFA will allow us to play
Atalanta extended their unbeaten streak to 14 games and is ranked 3rd in Serie A
Ronaldo scored his 27th goal in Serie A, converting a penalty in the game against Atalanta. Immobile has 29 balls
Sterling scored 27 goals for the season and broke his record. He scored a hat-trick against Brighton
Three Atalanta players have scored 15+ goals in the Serie A season. This is the best result since 1952
Source https://www.freemalaysiatoday.com/category/business/2018/09/17/us-to-impose-tariffs-on-200-bn-in-chinese-goods-reports/

ROS: Azmin has not made application to form new party

Teenager crashes into patrol car while trying to escape cops

Indian firm wins approval to use drug on Covid-19 patients

Hamilton masters the rain to put Mercedes on pole

Be careful in China, US warns its citizens

New govt in the hot seat when Dewan sits on Monday

Zuraida: Ampang targeting to be a city next year

Dubai announces new virus economic support worth over US$400 mil

US warns of ‘arbitrary detention’ risk in China

Deeney on target as Watford roar back to beat Newcastle

IGP names portal whose posting was blamed on Hannah Yeoh