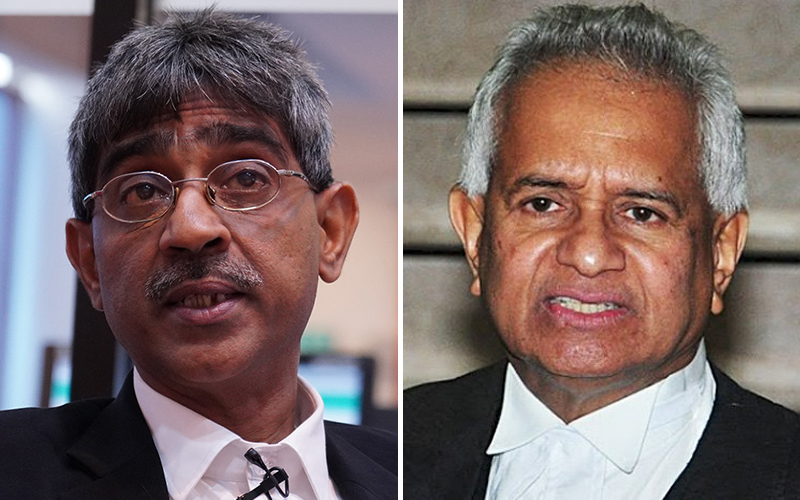 Haniff Khatri Abdulla says Tommy Thomas must also explain what he meant by the term ‘used the courts’.

PETALING JAYA: A lawyer associated with Dr Mahathir Mohamad has questioned why Tommy Thomas did not initiate an inquiry into the former prime minister for possible judicial interference during his tenure as the attorney-general.

Haniff Khatri Abdulla said if Thomas believed that Mahathir had used the courts to “stop” Anwar Ibrahim, he should have acted on it.

“If he believed it to be the case, even just a bit, should it not have been his main responsibility as the attorney-general to set up an investigating committee to look into the matter?

“Why didn’t he do so and confirm it?” he said in a statement.

In an interview with China Press, Thomas said Anwar thought he was going to succeed Mahathir, only to be sacked as deputy prime minister in 1998 before being charged and imprisoned for sodomy and corruption.

Thomas said the Port Dickson MP was imprisoned as “Mahathir, in particular, felt threatened by him and used the courts to stop him”.

Thomas’ failure to act on his belief, Haniff said, proves that the former has no basis in issuing such an “irresponsible” statement.

“Tommy Thomas must answer this.”

Haniff also said that Thomas, who served as the country’s top prosecutor during Pakatan Harapan’s 22-month reign, must explain what he meant when claiming that Mahathir had “used the courts”.

He said there were two possible ways in which one could “use the courts”.

One was through certain judges presiding over Anwar’s case in 1998, the other by using the Attorney-General’s Chambers (AGC) to bring about the charges, he added.

“Which one did he mean?”

On Friday, former prime minister Najib Razak had called for Thomas to clarify what he meant when he said Mahathir “used the courts” to stop his then deputy, Anwar, from succeeding him as prime minister in the late 1990s.

In 2021, Mahathir dismissed claims that he interfered with the courts, telling FMT that courts had ruled against him in several cases, most notably when Umno – of which he was then president – was declared illegal by the High Court on Feb 4, 1988.