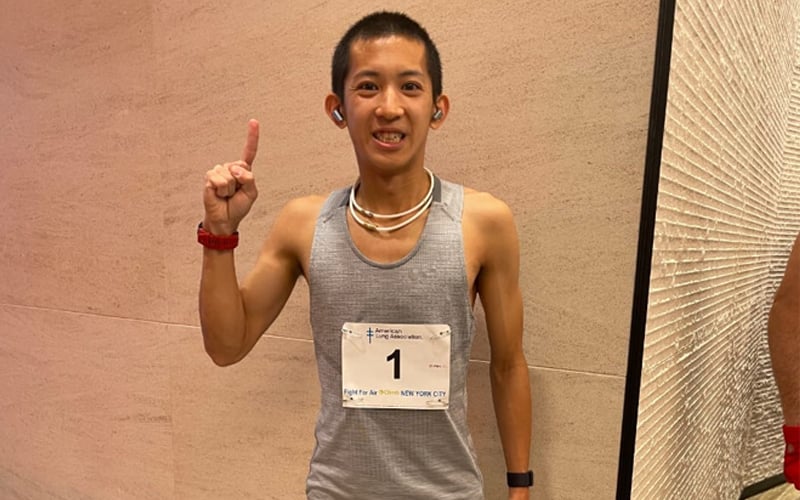 Soh Wai Ching is world No 1 at his sport of tower running but faces the bleak prospect of his winning streak coming to an end. (Soh Wai Ching pic)

PETALING JAYA: Tower running champion Soh Wai Ching soared to new heights by winning his eighth race this year in New York on Saturday, accomplishing the feat even as he is going broke.

The runner-up was 1 minute 17 seconds behind him in the Fight For Air Climb competition at the Penn 1 building.

It was Wai Ching’s second race in a week, after having easily won a run up the 104 floors of New York’s One World Trade Center and receiveing congratulatory messages from the King and Queen and Prime Minister Ismail Sabri Yaakob.

“I am greatly motivated by their messages and am glad that tower running, which is not popular in Malaysia, got their attention,” said Wai Ching, a sports science graduate and son of a Selayang taxi driver.

He said success for him came in the latest race amid difficulties.

His stay in New York for the two races rested on the goodwill of two Malaysians who sponsored his rooms at a hotel and a Chinatown dormitory. 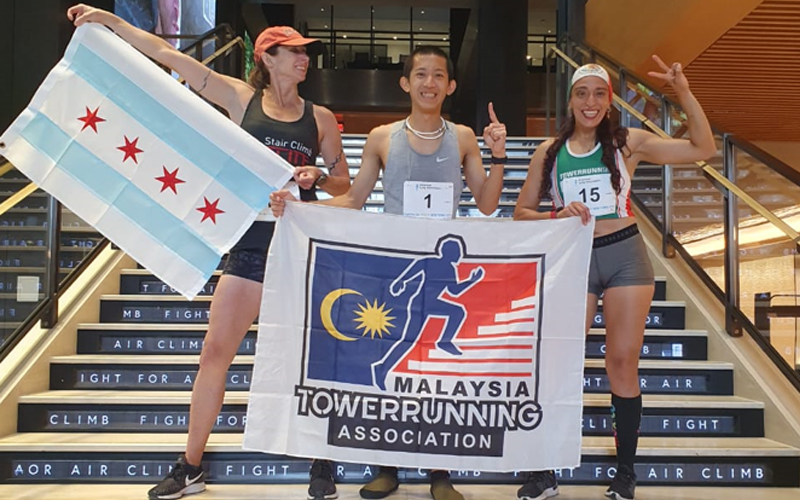 “Since I could not get access to tall buildings to train for the Penn 1 competition, I ran around Chinatown for five days,” Wai Ching said after the race.

Saturday’s win widened Wai Ching’s lead in the world rankings by a big margin, with his closest rival and idol from Poland, Piotr Lobodzinski, about 200 points behind him.

The cash-strapped champion now faces the bleak prospect of his winning streak coming to an end and losing world ranking points as he is unable to make the next competition in Perth on June 19.

“The flight from Dubai to Perth is about RM8,000 and it’s beyond my means,” said Wai Ching, whose two sponsors pulled out in February to focus on team sports.

He has been based in Dubai since August last year because he gets access to tall buildings for his training and it’s easier for him to travel around the world for competitions.

After Perth, there are 11 more tower runs until December in the US, Germany, Japan, Estonia, and China.

Since making his debut in tower running in 2017, the co-founder of the Malaysian Towerrunning Association has competed in 69 races worldwide, with 37 wins and 23 course records.