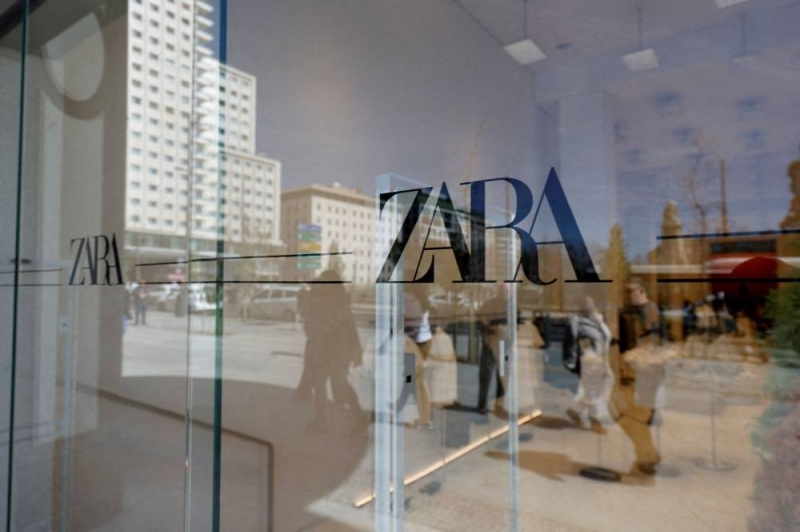 Zara's logo is displayed on a window, at one of the company's largest stores in the world, in Madrid April 7, 2022. — AFP pic

MADRID, June 8 — Global clothing giant Inditex, which owns Zara, posted today a surge in its first-quarter profits despite closing its stores in Russia after its invasion of Ukraine.

The world’s biggest fashion retailer said its net profit increased by 80 per cent in the first three months of its financial year to April 31, compared to the same period last year.

It said it made €760 million (RM3.5 billion) in profit, against €440 million during the first quarter of the 2021 financial year, which was hit hard by the coronavirus pandemic.

The hike in profits came despite a €216-million provision for estimated costs arising from the impact of the Ukraine war, without which its income would have risen to almost “€940 million”, it said.

The group, which since April has been led by Marta Ortega, daughter of its multi-billionaire founder Amancio Ortega, reported sales of €6.74 billion, up 36 per cent from the same period in 2021.

The fashion group, which owns eight brands including upmarket Massimo Dutti and teen label Stradivarius, had warned that 2022 sales would be impacted by Russia’s invasion of Ukraine.

After Russia sent in troops in late February, Inditex closed all its stores in Ukraine and on March 5 suspended all retail activity in Russia, its biggest market after Spain, shutting its 502 shops and suspending all online transactions.

Inditex said that stopping sales activity in Russia had been offset by “strong growth” in other regions, notably the United States.

Analysts had expected the Spanish retail giant to be hard hit by its Russian pullout decision given that it generates 10 per cent of its turnover and 8.5 per cent of its operating profit in the country.

Today’s results were broadly in line with analysts’ expectations, with Factset seeing profits of €770 million against a turnover of €6.27 billion.

Online sales, which had surged during the pandemic, fell by 6.0 per cent, although Inditex said it expected the figure to reach “30 per cent of total sales” by 2024.

Shares in the world’s biggest fashion retailer were trading 4.23 per cent higher in late morning trade on the Madrid stock exchange.

When the pandemic first took hold two years ago, the group saw its profits nosedive as the virus forced it to shutter most of its shops in the first half of 2020. — AFP