Ziyech to sign for Chelsea in 40m-euro deal - Ajax 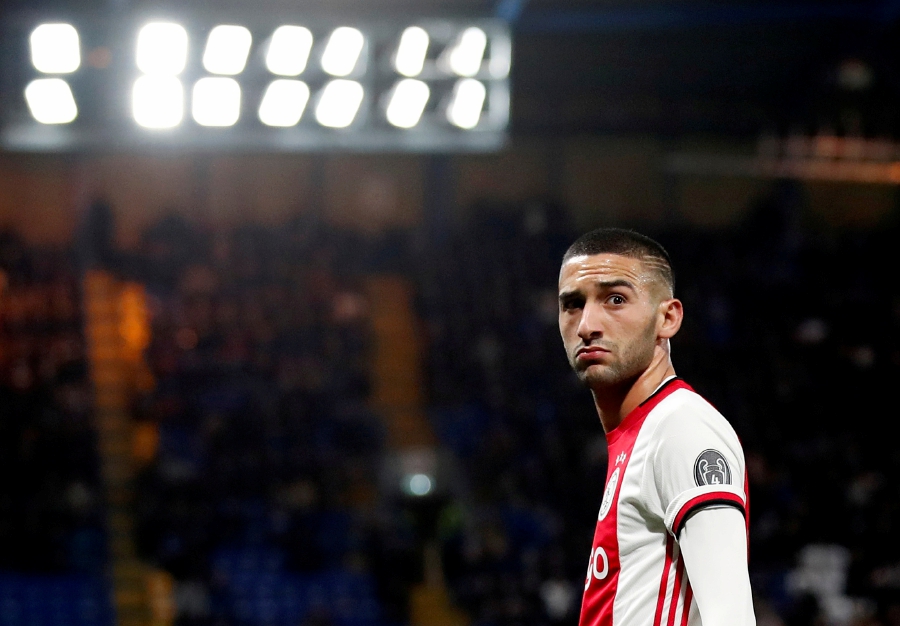 THE HAGUE: Hakim Ziyech will join Chelsea from Ajax this summer in a 40 million-euro ($43.4 million) deal, the Dutch champions confirmed Thursday.

“Ajax and Chelsea have reached an agreement for the transfer of Hakim Ziyech. The player will join the Premier League club on July 1st 2020 and will finish the season in Amsterdam,” the Eredivisie outfit said in a statement.

“The clubs have agreed a deal of EUR40 million euros. This sum could potentially increase to a maximum of EUR44 million, with variable factors.”

The announcement ends days of speculation over the future of attacking midfielder Ziyech, 26, who joined Ajax in 2016 from fellow Eredivisie club FC Twente for a fee of 11 million euros. - AFP

Mahathir 'in, out and interim' hogs international headlines

Dr M clocks in as interim PM, even as Cabinet stays empty (VIDEO)

Despite collapse of his govt, a ‘stronger’ Dr M now spoilt for choice

China bans trade, consumption of wild animals due to coronavirus

Experts: Snap polls should be the last resort

Khalid: Parliament should be dissolved if no majority

MPs expected to have audience with YDP Agong

No closure to political upheaval yet

Tokyo stocks open down over 3.5pc on virus pandemic fears

Report: Selangor MB, some Azmin loyalists in state assembly to stay in PKR

Who will believe that the 60 BN and PAS MPs now support Harapan?

France will back Lebanon, including an IMF plan, says Le Maire

5 party leaders meet ahead of audiences with Agong

Yoursay: Is Dr M the good or bad guy in this drama?

A backpacker’s guide to Brussels

Hou good is he?