Nyesom Wike, governor of Rivers, recently invited President Muhammadu Buhari for a state visit. This is coming after the Federal Government approved the disbursement N78.9 billion as reimbursement for the amount spent on executing some federal road projects in the state, including Port Harcourt-Owerri road.

The approval for the refund was granted at the virtual Federal Executive Council (FEC) meeting presided over by Buhari on June 3. In a newspaper advert on Monday, Wike thanked the president for approving the refund, saying the gesture has shown Buhari’s love for the people of the state and as a president for all. 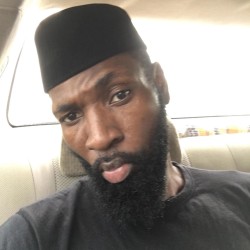 PSG asks Barca for Dembele and 80 million euros in exchange for Neymar (El Chiringuito TV)
Kike Setien: I See myself as Barca's coach next season
Disney's tourist Paradise, where MLS and the NBA return: 50+ playgrounds, a lot of children at normal times, cartoon characters everywhere🧞 ♂ ️
Solskjaer on the cancellation of the ban of Manchester City: Let it be discussed by others. It's not my job
Zidane on bale: People try to invent our conflict, but they will not achieve anything. We are United
The transfer window in England will be open from July 27 to October 5
De Jong entered Barca's bid for the match with Osasuna. He missed a month due to an injury
Source https://ynaija.com/governor-wike-writes-buhari-shocking-love-poem-the-ynaijacover/

Being With Beyoncé In Destiny’s Child Was Torture – Kelly Rowland

COVID-19 is not in Nigeria, says Mr Ibu

200 Doctors Infected With COVID-19 In Lagos

Arsenal v Liverpool: Klopp to be without three players for EPL clash

How woman infected 71 persons with COVID-19 through the elevator

Family demands justice over killing of man by police officer

Edo: PDP leaders begged me not to join APC – Ize-Iyamu

Many Will Soon Be Discouraged To Stand Against Corruption – Osinbajo

Kanye West Bows Out Of US Presidential Race

Why we adopted e-voting for election of deans ― LASU

Why Nigerian schools reopening is being delayed

Why Nigerian schools reopening is being delayed – Yoruba Forum

895 Nigerians Evacuated From UK And Dubai

Osinbajo: Fighting corruption will get more difficult in Nigeria

NDDC Probe And Issues At Stake

NAF: True Strength In The Wings

Kanye West backs down from 2020 US presidential race