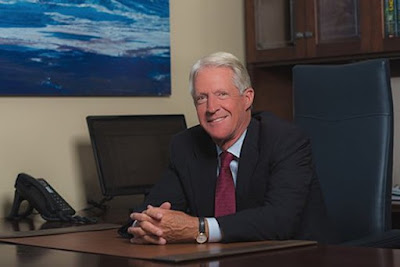 Venture capital company owner, Fredric Eshelman who donated $2.5 million to a Trump campaign organisation trying to prosecute alleged fraud in the US election has asked for a refund in full.

Eshelman filed a lawsuit this week in Houston, Texas, that said after receiving the donation True the Vote – an ‘election ethics’ group – dropped the legal actions it had promised to file in seven swing states.

Mr Eshelman also claims the nonprofit discontinued its Validate the Vote 2020 campaign and refused to return his calls when he tried to follow up on how his money had been spent, Bloomberg reported.

The founder of Eshelman Ventures, from North Carolina, said he asked the nonprofit ‘regularly and repeatedly’ for updates but his ‘requests were consistently met with vague responses, platitudes and empty promises’.

True the Vote offered Mr Eshelman $1 million back from his donation in return for him dropping his case, according to the lawsuit.

But he has rejected this offer and wants the full $2.5 million refunded to him.

Bloomberg said True the Vote did not respond to their request for comment but the organisation posted a statement on November 17, saying they had dropped their litigation because of ‘barriers’ to advancing their arguments and ‘constraints on time’.

They also reassured followers that they ‘stand by the voters’ testimony’ and said they would continue fighting for ‘election integrity’.

Trump’s team has lost 38 court actions since the presidential election, with a Pennsylvania appeals court blasting them for filing a ‘case with no merit’. Metro.co.uk has contacted True the Vote for comment.

Brother Chalova moved to the Serbian Subotica
Barcelona will not sign Garcia in the winter due to financial problems
Rodgers on the draw with Everton: It was unlucky that Leicester did not score the second goal
Ancelotti on 1-1 with Leicester: I don't remember Hames scoring with a right before
Andrea Pirlo: In my 1st season at Juve, we were behind Milan, but we took the title. Everything depends on us
The judge made two mistakes. De Gea was pushed and there was no foul on our cancelled-out goal. Solskjaer on the loss to Sheffield
Maguire on the defeat to Sheffield Wednesday: We gave the opponent two goals, we didn't play at the level we expected
Source https://www.nigerianeye.com/2020/12/trump-supporter-eshelman-wants-his-25m.html?utm_source=feedburner&utm_medium=feed&utm_campaign=Feed%3A+Nigerianeye+%28NigerianEye%29

Should we talk about mental health in work place?