Everything You Need to Know About WSOP 2022 Mega Satellites 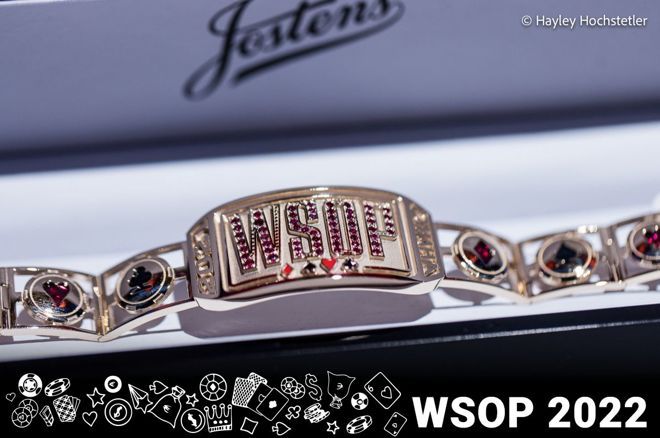 The 2022 World Series of Poker is now only one month away, and poker players from across the United States and the world are planning their trips to the world's biggest and most prestigious poker festival.

Not everyone has the bankroll for bigger events on the WSOP schedule like the $250,000 Super High Roller or $50,000 Poker Players Championship, and that's where Mega Satellites come in.

The WSOP runs Mega Satellites every year for dozens of WSOP events, and 2022 is no exception. For example, Mega Satellites give you the opportunity to qualify for the $25,000 Pot Limit Omaha High Roller for just $320 or the 2022 WSOP Main Event for as little as $140.

Three Mega Satellites offer players the chance to win $10,000 in Tournament Buy-In Chips that can be used for the Main Event, but you can also win your way to poker's most prestigious tournament for as little as $140.

Read More: 5 Poker Tournaments You Don’t Want to Miss at the 2022 WSOP

The 2022 WSOP kicks off with Event #5: The Housewarming NLH ($5m GTD) which already has a super-attractive $500 buy-in. However, there are Mega Satellites running twice daily from 1-4 June before the four starting flights on 2-5 June.

If you haven't quite decided what tournament to play at the 2022 WSOP, there are also General Mega Satellites.

Speciality Mega Satellites will take place for the following day's $5,000 or $10,000 Championship event. These will start on the date indicated below at 8 pm.

There is a similar way to win your way into Event #19: $25,000 Pot-Limit Omaha High Roller for less, with Mega Satellites for that event taking place on June 8.

Although not the biggest buy-in of the summer, Event #56: $50,000 Poker Players Championship is definitely one of the most prestigious. There will be two days of Mega Satellites on June 24 and 25.

At 3 p.m. there will be a $625 buy-in Mega Satellite awarding entries to the $5,300 Mega Satellite later that evening, which awards entries into the $50,000 Poker Players Championship.

One of the last High Roller events of the WSOP is Event #83: $50,000 High Roller. Mega Satellites to this event take place on July 13

Will Shillibier is based in the United Kingdom. He graduated from the University of Kent in 2017 with a B.A. in German, and then studied for a NCTJ Diploma in Sports Journalism at Sportsbeat in Manchester. He previously worked as a freelance live reporter, and video presenter for the World Poker Tour.