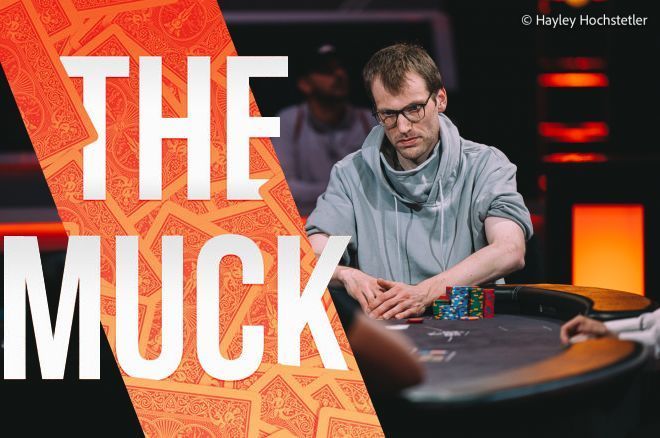 PokerGO subscribers watching the WSOP Event #6: $25,000 Heads-Up No-Limit Hold'em final day were on tilt over the incessant tanking by runner-up Christoph Vogelsang, causing some to call for a shot clock in bracelet events.

The German high roller was denied his first bracelet by Dan Smith, who had long been dubbed one of the best, if not the best, to have never won a World Series of Poker title.

Smith finally got off the schneid in what was his 47th WSOP cash and took home $509,717. But the larger discussion within the poker community from that high stakes event has been more focused on the repetitive tanking by the runner-up, and it's also the topic of our newest edition of The Muck.

Two days after winning his fourth bracelet, Scott Seiver was none too thrilled with the behavior of Vogelsang at the heads-up final table. He lashed out on social media, even suggesting the runner-up's act was an angle-shoot.

what Vogelsang is doing in this (and every) tournament is at a minimum angleshooting (exploiting loopholes in rules… https://t.co/S6noabttMm

Seiver, who lost an $800,000 match on High Stakes Duel to Phil Hellmuth last month, was far from the only poker pro tilted over the tanking.

"How is he gaining an edge from what he is doing," Will Jaffe questioned.

Despite the public outcry, Vogelsang didn't break any rules. In most high roller events around the world, a shot clock is in place to minimize tanking, but not in the heads-up event. Smith, however, had a right to call the clock on his opponent but never did. Hence, why Vogelsang was permitted to continue tanking repeatedly just about every time action was on him.

The competitive, back-and-forth match lasted over four hours, partially due to the constant tanking.

Does the WSOP Need a Shot Clock?

There were numerous poker fans on social media suggesting all high rollers at the WSOP should implement a 30-second shot clock going forward. Others encouraged Smith to call the clock on his oppoennt.

If you have Christoph Vogelsang at your table this WSOP, Please call the clock on him relentlessly. We need to put… https://t.co/B3yEtT0VVo

"Vogelsang should be banned from the wsop," Matt Salsberg suggested.

"The wsop should ban Vogelsang for his ridiculous tanking. He is bad for business, just like a blackjack card counter is," Codd Shedd (@CodyShedd) echoed Salsberg's sentiments.

Vogelsang tanking for 2+ minutes as FIRST TO ACT with JJ on a 9 high board is so gross. This kind of stuff is bad f… https://t.co/wdR7ptpJav

"I would call the clock on Vogelsang every street," Farah Galfond tweeted.

"We're tanking till Monday in honor of Vogelsang making the finals," Matt Berkey joked about the next Only Friends podcast.

Vogelsang Explains Why He Tanks 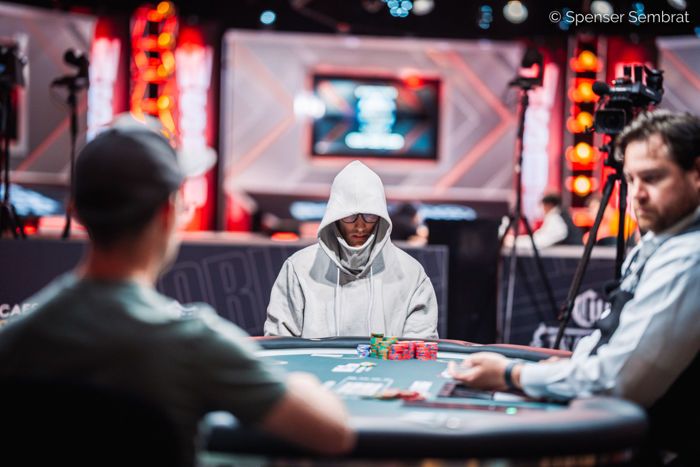 If you were expecting PokerGO's announcers to defend the tanking, you'd be wrong. Brent Hanks expressed frustration during the stream in the semifinals against Kevin Rabichow.

"He has yet to act, my god, I would throw something," Hanks said while Vogelsang took his merry little time to act.

Jeff Platt interviewed both finalists following the match and directly asked Vogelsang why he tanks so frequently.

"You can probably see from my tanking that probably one of my weaknesses is that I'm somewhat indecisive," Vogelsang answered. "Even in life, I might think a little longer how to make a decision, and so that probably transfers to poker. Whenever I can, I'll try to make an effort to play fast."

Vogelsang's tanking wasn't the only aspect of his game that irked PokerGO viewers. His attire — a gray hoody that covered most of his face at times — was also a topic of criticism.