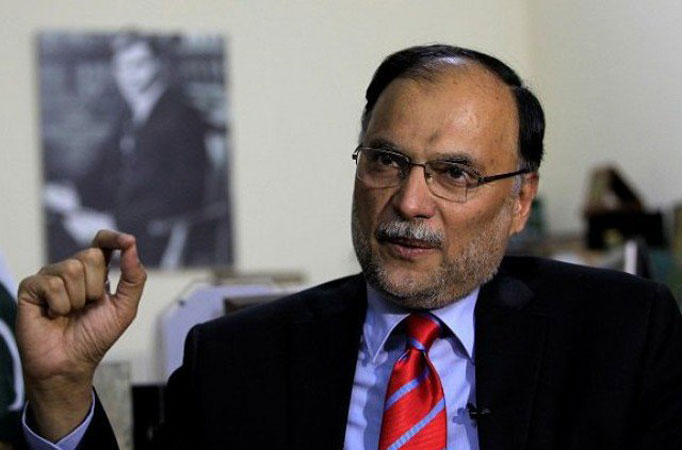 According to the sources the Ministry of Interior has put the PML-N MNA on the no-fly list.

The name was added on National Accountability Bureau’s request over the Narowal Sports City Complex case. NAB filed a reference against the former federal minister in November last year.

Iqbal is accused of causing losses worth billions to the national exchequer by initiating the sports complex project.

As per the NAB, the sports city project conceived on the instruction of Ahsan Iqbal without any feasibility in 1999 was initially approved at a cost of Rs34.74 million by the Central Development Working Party (CDWP), which Iqbal headed.

Iqbal illegally directed the Pakistan Sports Board (PSB) and NESPAK to increase the project’s scope, enhancing the cost to Rs97.52 million, the NAB added.

It’s the mindset, not the clothes

Howling down the Opposition Leader

Pakistan-China Duo – Beyond the Karakoram for Connectivity

President for joint efforts by all stakeholders to strengthen electoral system

As Delhi talks to Delhi on Kashmir, no mention of revoking illegal annexation

IT Minister for provision of quality cellular services in AJK, GB

Two killed, 11 injured as vehicle falls in gorge in Abbottabad

PM for just distribution of provincial funds by Sindh govt

Industry relocation from China to Pakistan to be accelerated

Rupee appreciates against US dollar

Pakistan will not engage with India until decision of illegally annexing the disputed territory is revoked: Afridi

At least 64 killed in Ethiopian air strike on Tigray market

Indonesian consul general for enhancing cooperation with SMEs in Pakistan