Cheaper options should be explored for development of downstream industry 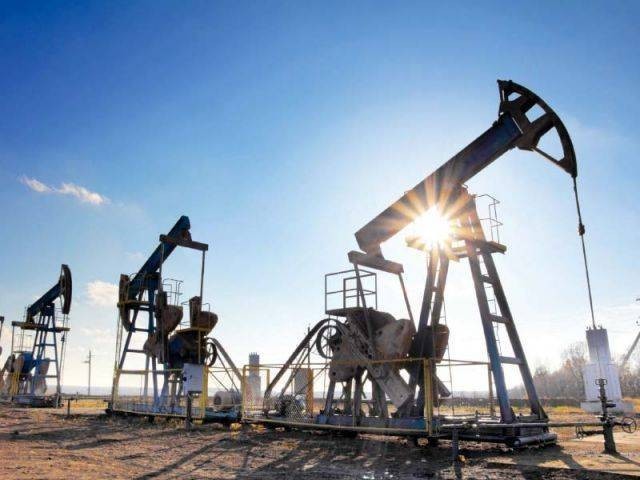 KARACHI: The art of survival, in the ever-changing world, lies in the flexibility of adapting to change. This is the theme which also revolves around the oil and gas sector globally.

Gone are the days when crude oil was being traded above $100 per barrel and oil exploration and production companies were making huge profits and reaping dividends of the oil boom.

However, every rise has its fall. The world saw oil plunging from highs of $130 a barrel to the lows of $30 in a couple of months. All of a sudden, the black gold under the sea or surface of the earth started to lose its shine and turn into sand.

The hard hit companies were the ones more concentrated in the upstream sector as compared to the downstream sector, as suddenly margins started to shrink faster than street estimates.

John Abbot, the downstream director of the world’s oil giant, Shell Petroleum, informed CNBC last year “I have seen times in my 36 years in Shell where upstream has delivered far more cash than the downstream, (but) we are seeing a reverse at the moment.”

As a result of the major shift in strategy, Shell has been investing more in the downstream sector and divesting away from the upstream to reap benefits of changing dynamics of the sector.

The US Geological Survey estimated undiscovered, technically recoverable resources of 164 million barrels of oil and 24.6 trillion cubic feet of gas in the Lower Indus Basin alone.

Currently, ExxonMobil is carrying out exploration activities in partnership with Italian energy firm Eni, Oil and Gas Development Company (OGDC) and Pakistan Petroleum Limited (PPL). However, if we analyse the situation of the downstream industry, there is a huge potential for development.

As per “State of Regulated Petroleum Industry 2016-17” report of the Oil and Gas Regulatory Authority (Ogra), the current consumption of 6.74 million tons of motor spirit and high octane blending component (MS and HOBC) against the 1.85 million tons refined by local refiners highlights a huge gap, which is filled usually by spending foreign exchange on imports.

Recently, Pak-Arab Refinery (Parco) announced a coastal refinery project with nameplate capacity of 250,000 bpd to bridge the huge gap between demand and supply. However, by the time this refinery will start commercial operation, the gap will be even bigger considering the growth factor.

Furthermore, in the downstream sector, there is a huge potential for development in the petrochemical sector to support the growth trajectory without burdening foreign exchange reserves and provide jobs for the local population as promised by the PTI government during its election campaign.

The biggest bottleneck in the downstream petrochemical industry is the missing naphtha cracker plant. The establishment of a naphtha plant (capital investment north of $4 billion) will unlock the potential of various vertical integrations and expand the value chain further to products such as polypropylene, polyethylene, ethylene glycol and para xylene.

Besides curbing imports, this will help create thousands of jobs and reduce the volatility faced by various sectors due to sudden change in raw material prices.

However, the important requirement for setting up the downstream industry is to have reliable and cost-effective raw material such as gas. Considering our reliance on RLNG due to the depleting domestic gas reservoirs and absence of new development in gas exploration, the risk of price fluctuation can be a major factor in any new development.

RLNG price has increased substantially as it is linked with crude oil and further increase cannot be ruled out. Industries relying on the imported RLNG already feel the heat due to rise in the input energy cost.

Therefore, cheaper options such as pipeline gas from Iran should be explored on an urgent basis to support sustainable development of downstream industry in Pakistan.

The writer is a financial market enthusiast and attached to Pakistan stock, commodity and debt markets

It’s not just the presidency: Trump is changing the Congress

‘This is real’: COVID-19 long-hauler’s months of agony

Professional bull riding set to welcome fans back into arena