Have to see how we can attract US investment in Pakistan: FM Qureshi 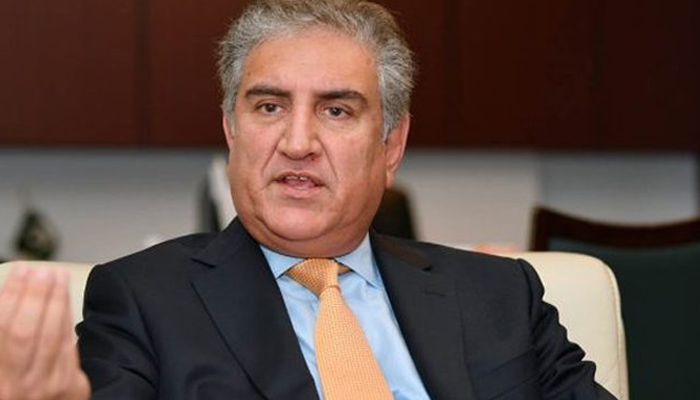 Addressing a press conference here, Qureshi said: "There is a lot of space for American investors in Pakistan and we have to see how can we attract investment in Pakistan.

"We have to see which sectors need investment in the country," he said.

Referring to the Afghan peace process, the minister noted: "At first, we were thought of as a part of the problem [but] now, we are being considered as part of the solution."

"Pakistan has been invited to attend the US-Taliban accord," he said, adding that it would not have been possible if Pakistan had not intervened.

"Islamabad's contribution is being in the process is being acknowledged," he said. "Before, Pakistan was blamed for the failure of the [US] South Asia Strategy in Afghanistan but now the situation has changed."

“We fully support trade and development in the country. Pakistan needs to enhance bilateral ties with US,” Ross said.

The PM's adviser on finance and revenue, Dr Abdul Hafeez Shaikh, also met the commerce secretary to discuss economic and financial relations between the two countries.

"The US wants to strengthen its relations with Pakistan," Ross said during his meeting with Shaikh. The adviser responded by saying: "We thank America for supporting our country in different sectors.

"Conducive environment for investment in the country is a good opportunity for US companies," Shaikh added.

Razzak, on the other hand, said they will provide all the facilities to the exporters. “We are taking steps to make this a favourable trade environment.

"There are many business opportunities for US businessmen in the country,” he added.

Fleetwood wants Ryder Cup to be ‘shining light’ after virus

Pakistani pilgrims from Iran, Thailand sent to quarantine after screening

Privacy rights may become next victim of killer pandemic

Application developed to deal with coronavirus

Governor thanks Chinese govt for support in fight against COVID-19

Universities in Sindh yet to start online/virtual classes

WHO urged to save ‘besieged Kashmiris’ amid coronavirus fears

Labourers defy lockdown to protest against non-availability of food

In space, at sea: tips on isolation from the pros

British nationals stuck in Pakistan look upon both governments for assistance

Vitriol and violence: A coronavirus death exposes paranoia in India

Off to the cafe: Sweden is outlier in virus restrictions

Life on the inside: Traditional activities to entertain families during lockdown

Locked up: No masks, sanitizer as virus spreads behind bars

From quills to qwerty: Lloyd’s underwriters adapt to home working