A few weeks ago Singapore Airlines operated a restaurant onboard an Airbus A380, in an effort to raise money for the airline as borders remain mostly closed.

Well, that’s not the only way you can dine while being served by (displaced) Singapore Airlines employees.

Several employees of the national airline have come together to open a restaurant (completely independent of the airline) — how cool is that?

Kevin Khoo Bistro is the name of one of Singapore’s newest restaurants. Who is Kevin Khoo? No one. Rather it’s a reference to a popular meme on how “cabin crew” is often pronounced.

The intent of the restaurant is to provide work for those who are currently displaced from Singapore Airlines, while they continue to look for longer-term placements.

The restaurant promises to “provide a perfect outlet for our crew to shine, by tapping into what they’re known for in the skies: exemplary and impeccable service.”

As the inspiration behind the restaurant is described:

“Given the current economic climate, opening an F&B outlet in the CBD in the midst of a pandemic may seem like a questionable decision. But it’s because of this situation that drove its creation – to provide work for those who are currently displaced while they continue looking for longer-term placements.”

You can read a review of the dining experience and see the menu for the restaurant in this Mothership story. 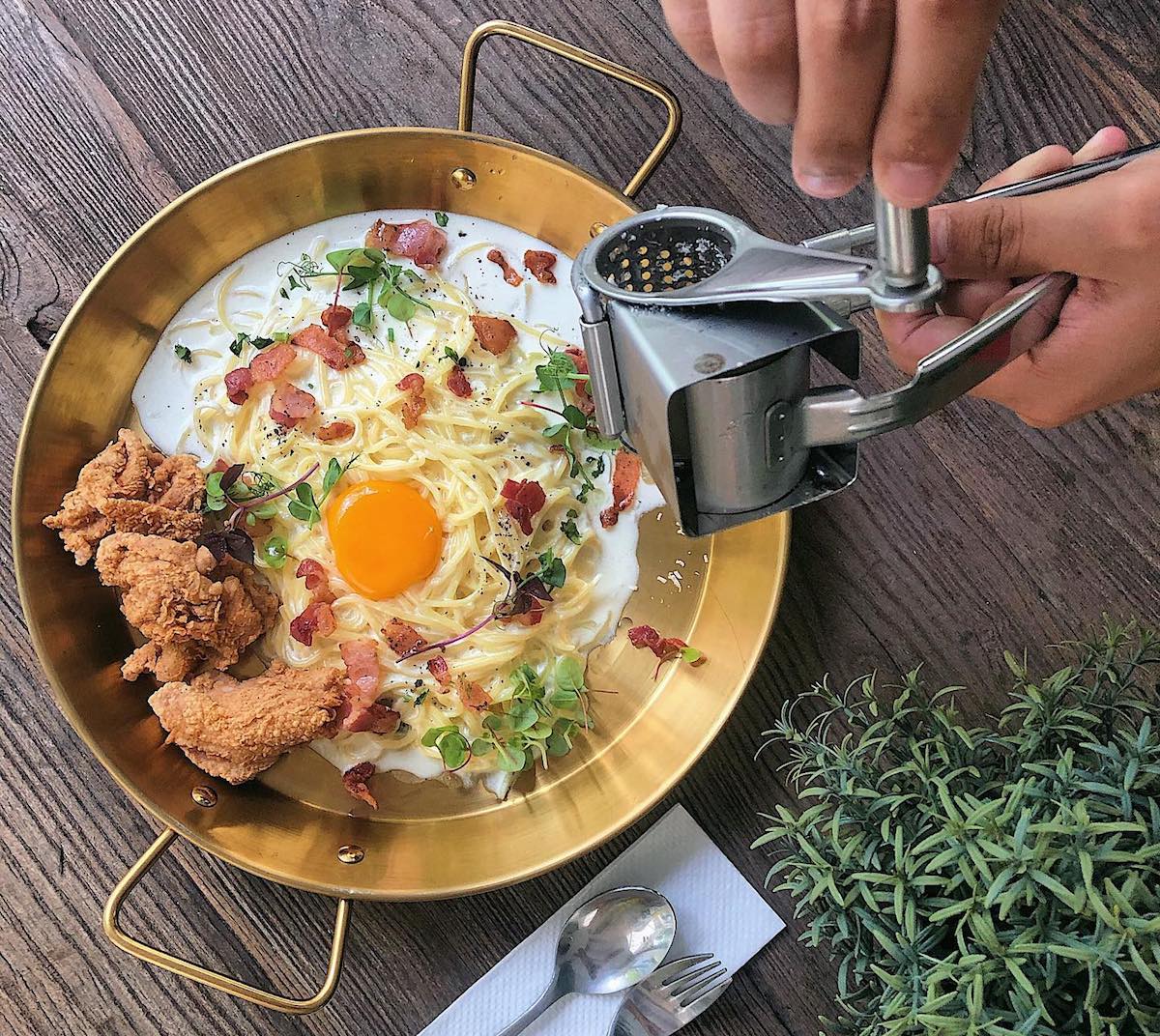 A meal at Kevin Khoo Bistro

Newly opened Kevin Khoo Bistro in Singapore is intended to give work to those currently displaced by Singapore Airlines. While the restaurant isn’t aviation themed, it still seems worth visiting for any aviation geek, given that it’s primarily airline employees working there. I also love the hilarious story behind the name.

Hopefully this sticks around, and I look forward to checking out if/when I can return to Singapore.

Have any readers in Singapore had the chance to check out Kevin Khoo yet?

(Tip of the hat to SINJim)

About Ben
Ben Schlappig (aka Lucky) is a travel consultant, blogger, and avid points collector. He travels about 400,000 miles a year, primarily using miles and points to enhance his first class experiences. He chronicles his adventures, along with industry news, here at One Mile at a Time.

Football: Yasmin, 19, second female local to be offered sports scholarship in the US

Table tennis: Eight years after starting poly, Clarence Chew has yet to graduate but he's going to Tokyo Olympics

Singaporeans, Chinese nationals queue up for Sinovac vaccine, despite regulators' concerns over efficacy

#BTColumn Singapore as a SIDS exemplar

Golf: American Korda seeks another win in LPGA's third major of the year

Bitcoin bounces back after tumbling below US$30,000 threshold

Chipmakers invest to ramp up capacity amid persistent global shortage

Nasdaq ends at record as US stocks extend rally

US Fed's Powell plays down inflation though prices higher than expected

Football: WHO 'concerned' about eased virus curbs around Euro 2020

Keppel working on project to explore floating city in Singapore

From July 5, public can donate sports shoes for recycling at 100 collection points islandwide

From July 5, public can donate sports shoes for recycling at 100 collection points in S'pore

Golf: Asian Americans on the LPGA Tour lift silence on racism and sexism

London-based hedge fund that bet against GameStop shuts down

Why are the Olympics still happening? These numbers explain it

Delta to hire more than 1,000 pilots as it plots recovery from Covid-19

Fed chief offers more assurances on US economy despite inflation