SINGAPORE - Residents in the Sembawang area will have access to an 800-seat hawker centre and an indoor sports hall from the third quarter of the year.

When completed, the Bukit Canberra integrated sports and community hub will also have a polyclinic, the first to be nestled within community facilities.

"We have an ageing population in the northern part of Singapore, so it will add to the current infrastructure for primary care in the area," said Health Minister Ong Ye Kung on Sunday (June 5).

The polyclinic will offer a range of medical services, including treatment for acute and chronic diseases, as well as women's health services such as cervical and breast cancer screening.

"I hope we can synergise healthcare with all the social activities to bring about preventive care and healthy living for the residents in this town," said Mr Ong during a visit to the construction site in Canberra Link.

The polyclinic's opening date has not yet been announced.

Initially slated to be open in the first half of 2020, the 12ha hub developed by Sport Singapore brings together multiple agencies including the People's Association, Ministry of Health and National Parks Board.

It will eventually have five swimming pools and the biggest ActiveSG gym in Singapore.

It will also house national monument Canberra House, formerly known as the old Admiralty House, which will be converted into a library.

"Because of Covid-19, we've been delayed 1½ to two years... we will see the facilities opening up progressively, and I hope once it opens, residents know and feel that it's worth the wait," said Mr Ong.

The hawker centre, which is nearly completed, will have space for 44 stalls. 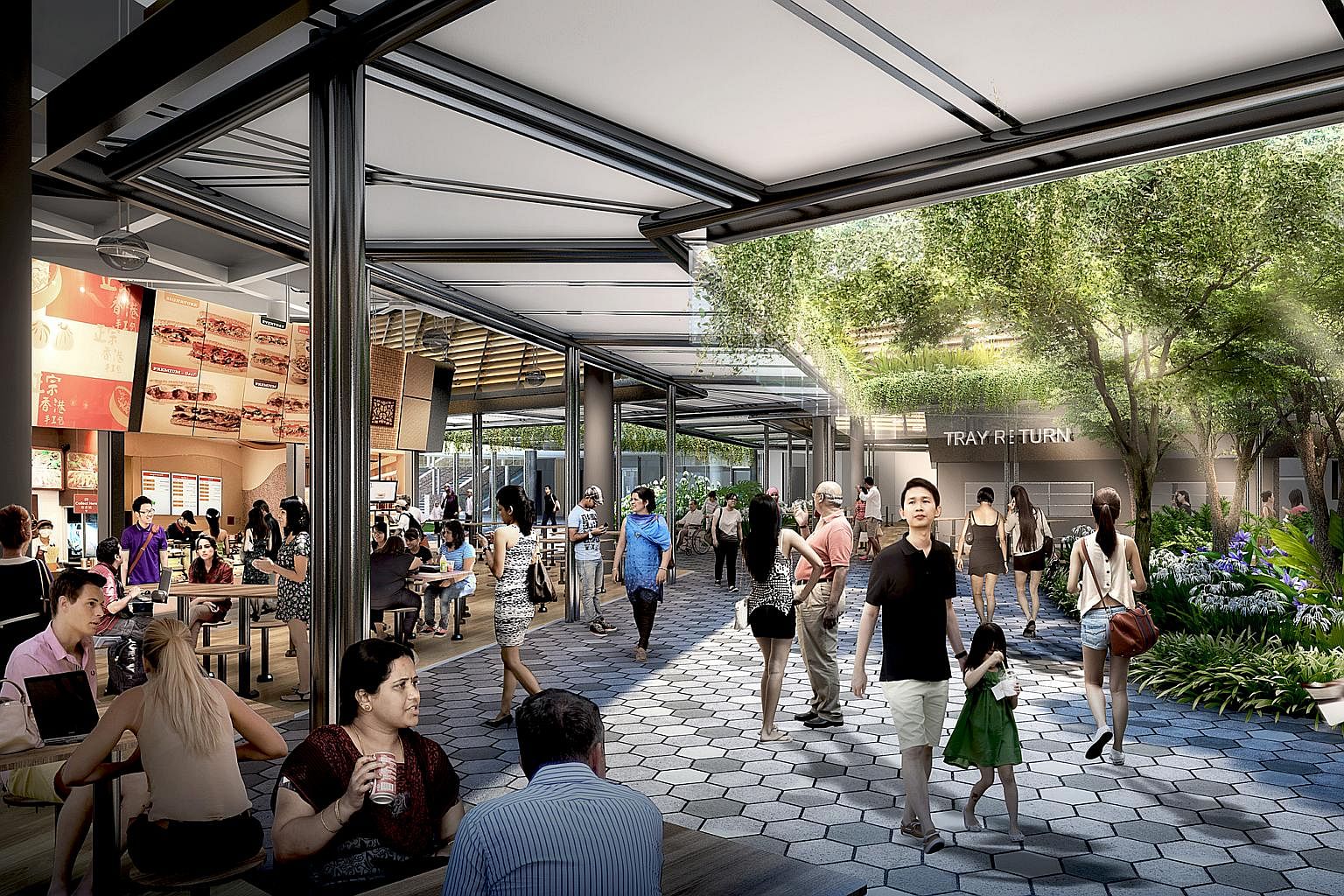 It will be equipped with sustainability features such as a food digester, as part of a food waste conveyance system to reduce the facility's environmental footprint.

The indoor sports hall will be able to accommodate 12 badminton courts, or three basketball or volleyball courts.

In the coming months, the hub will host events including Pesta Sukan (Malay for "festival of sports") in July; and the Sembawang GRC National Day 2022 observance ceremony in August. 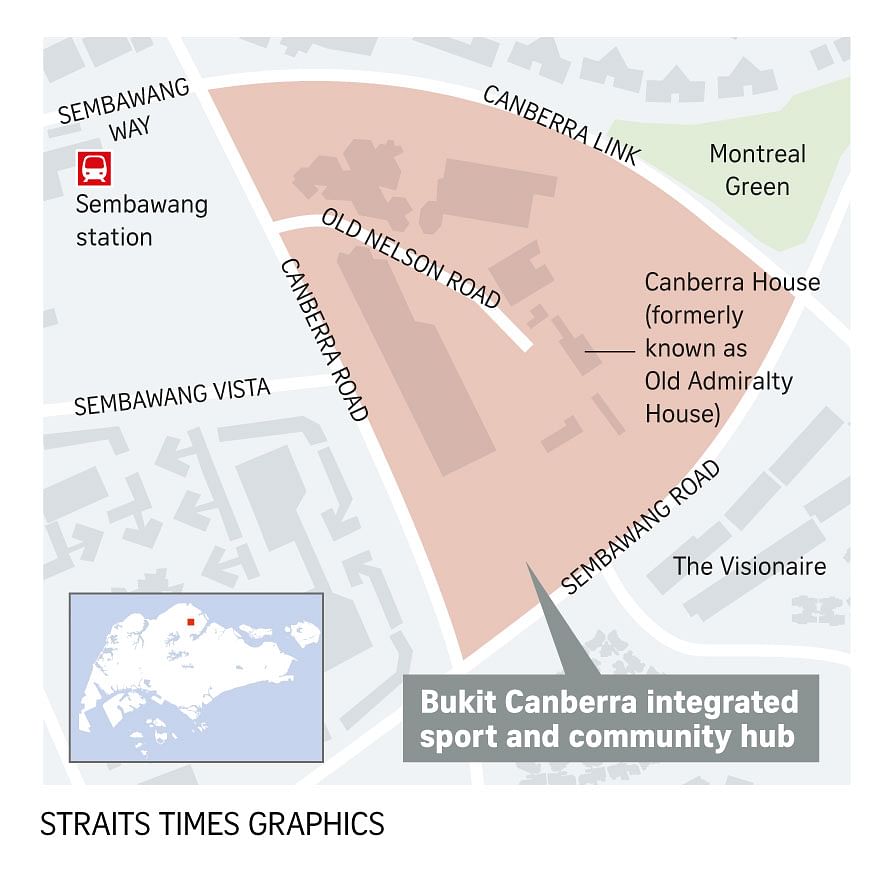