'I'm stressed because it was quite sudden': Some Marsiling HDB residents shocked by acquisition for Woodlands Checkpoint expansion

SINGAPORE - News that his four-room flat would be acquired came as a shock to retired technician Aluwi Mohammedan, who has been living in Block 212 Marsiling Crescent for more than 20 years.

His Housing Board block is one of nine that will be acquired to make way for a further expansion of Woodlands Checkpoint, to help alleviate traffic congestion and meet a projected increase in volume.

Mr Aluwi said he was shocked when Housing Board officers visited his flat on Thursday (May 26) to inform him about the acquisition.

"My wife and I are retired, and we've already paid off this flat. We don't know how much we would have to fork out for the new flat," he said. "We don't have much in our CPF (Central Provident Fund), only the basic reserves for our retirement."

The acquisition of Blocks 210 to 218 in Marsiling Crescent and Marsiling Lane includes 732 sold flats and 53 rental flats. Flat owners will be offered new replacement flats, with a fresh 99-year lease, in Woodlands Street 13.

They will get the same compensation as those offered under the Selective En bloc Redevelopment Scheme (Sers), which includes compensation based on the market value of their flats.

Residents will have to move out by the second quarter of 2028.

They can register for the replacement flats in the first quarter of 2023, and construction is slated to be completed in the fourth quarter of 2027.

Mr Aluwi lives with his wife, mother and four children in a 1,100 sq ft corner flat overlooking Woodlands Checkpoint with a view of the sea.

"This is quite a big flat, and we don't expect a similar-sized flat (at the replacement site). And there's all the hassle of moving, plus we've already made all our friends here," he said.

When ST visited the block at noon, HDB officers were informing home owners of the acquisition and its rehousing benefits.

Madam Devi Pushpaanthan, 55, who works as a packer at a factory, said she will miss her four-room corner flat which comfortably fits her family of five.

"We have so many belongings like our piano, and my grandchildren also have space to run around. I'm worried that the new flat will be cramped," she said, adding that she has lived at Block 213 for 32 years.

Student Muhammad Zulhilmi Zainal, 22, said his parents were stressed by the news as they did not understand what was happening.

"I'm stressed too, because it was quite sudden and I have to explain it to them," he added.

While some residents were apprehensive, others welcomed the news.

Madam Loh Swee Fang is excited to move to the new replacement flats, which will have modern and comprehensive facilities including adult and elderly fitness stations, pavilions and a childcare centre.

The 63-year-old housewife, who has been living at Block 212 for more than 20 years, said: "I'm so happy to be moving to the new flats - the floors here are all cracked already. But I'm worried that the newer flats will be a lot smaller." 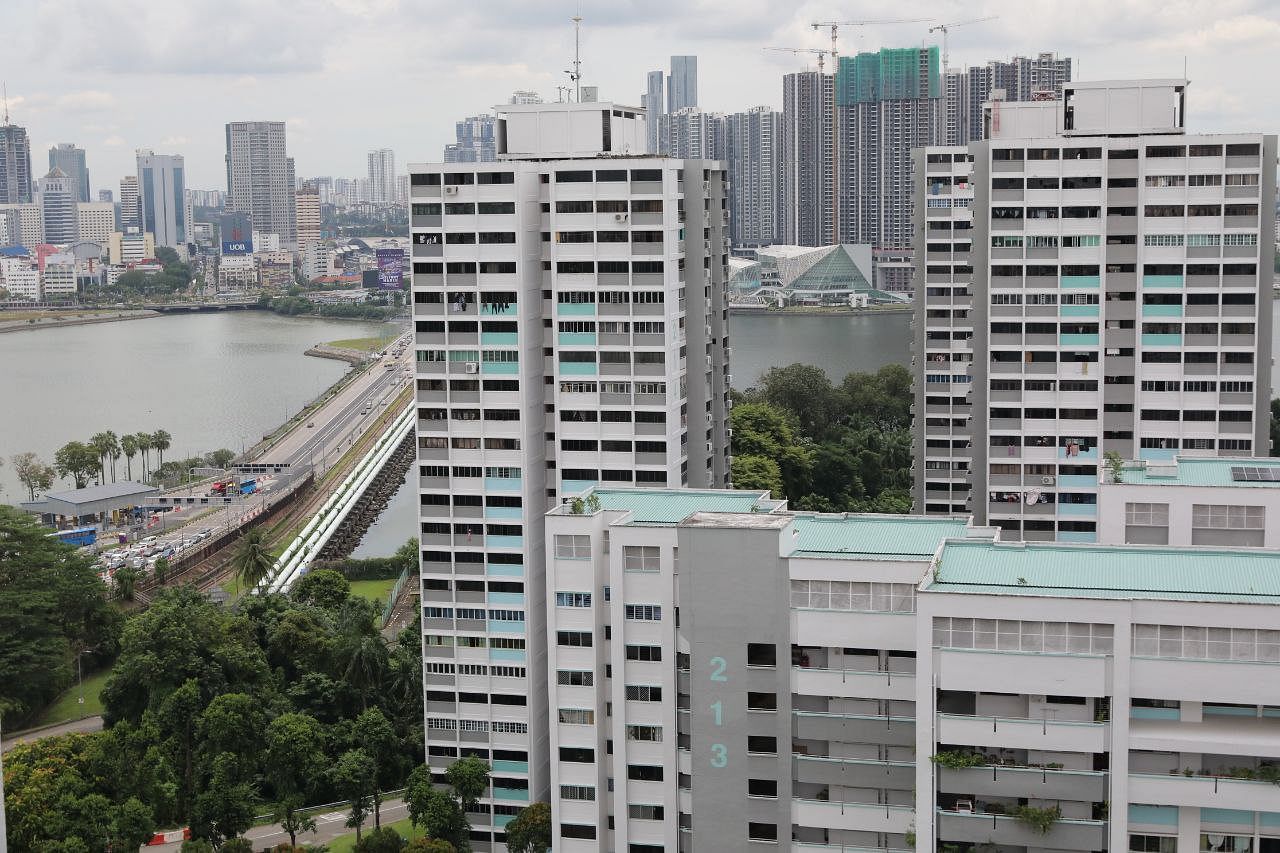 HDB said flat owners at Blocks 212 to 218 will be offered the same benefits as those under the Selective En bloc Redevelopment Scheme. PHOTO: The Straits Times

Ms Serene Tay, 46, who works in sales and has been living at the block since 2016, said she has received calls from friends and family congratulating her.

"This house has many problems because of its age - the ceiling of the kitchen keeps collapsing in, so we're very happy to hear that we'll be moving," she added.

Retired businessman Goh Yong Chye, 68, who lives in Block 217, said he will take the opportunity to move to Tampines.

"I've been wanting to move somewhere closer to the airport as I'm a frequent traveller," he said, adding that he felt relieved that he did not go ahead with renovation plans for his Woodlands flat.

The acquisition will also affect one rental kiosk, six rental shops and one rental eating house.

A spokesman for Yassin Kampung Seafood at Block 210 Marsiling Crescent said the news was surprising but they are not adversely affected.

"We have other outlets in the Woodlands area, so the staff will be relocated," he said.