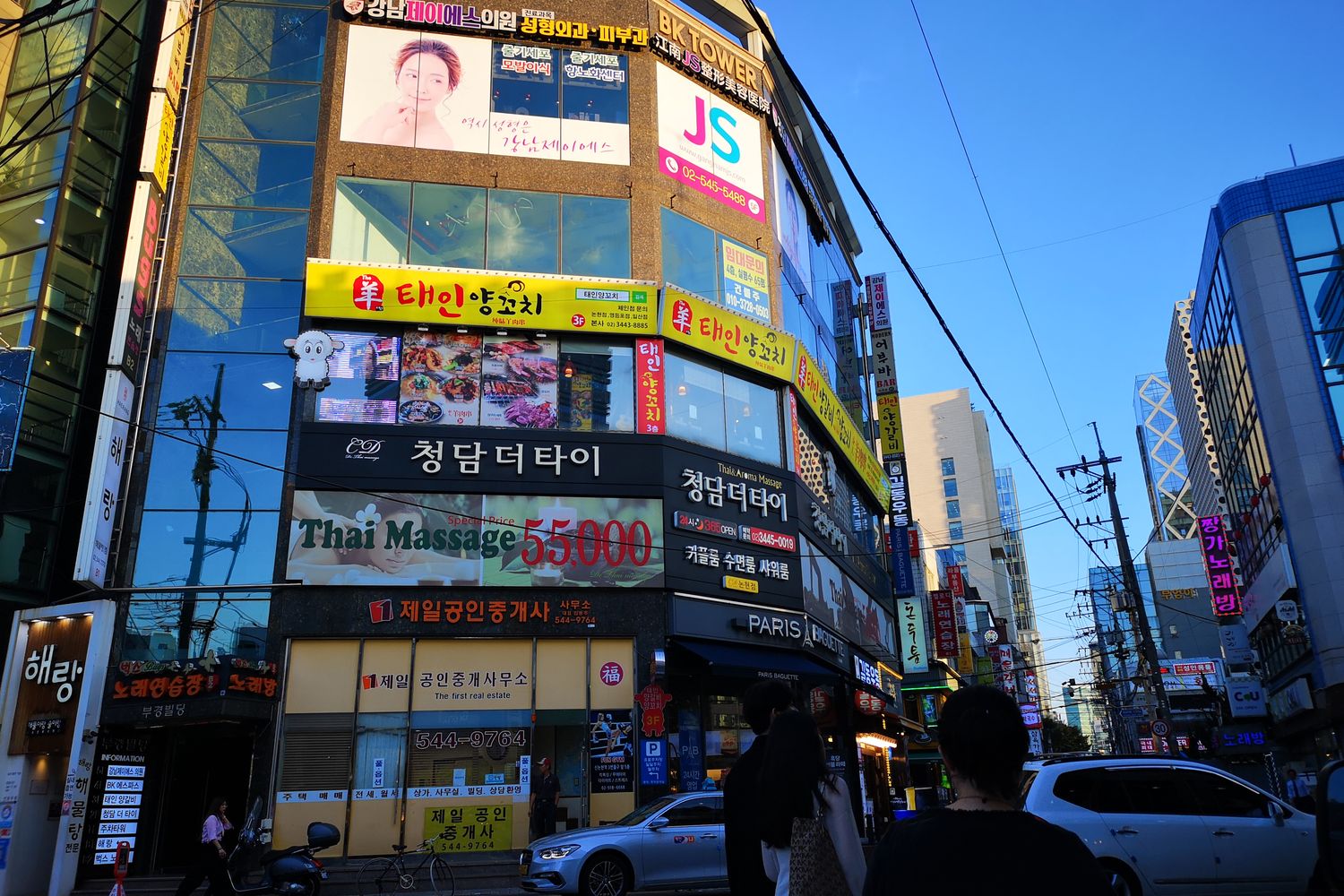 One of several Thai massage shops in South Korea. Massage is one of the common jobs that illegal Thai workers take up in the country. (Photo by Kornchanok Raksaseri)

Thailand is struggling to tackle a rise in online recruitment scams promising jobs abroad that never materialise, with many appearing on Facebook, a senior official said on Tuesday.

The head of the Department of Employment (DOE) said there had been more than 1,500 complaints in the past three years about overseas job postings, involving payments to recruiters of more than 100 million baht.

Suchat Pornchaiwiseskul said the method of recruiting people to work overseas had shifted from using agents to approach job seekers to using online advertising through social media such as Facebook and Line, a chat app.

Facebook said it did not allow misleading or false advertising and would remove content that violated its policies.

"The licensed companies are mostly operating under the law, but we are facing difficulty with recruiters operating on Facebook," said Mr Suchat, director-general of the DOE.

"We don't know who these people are, making it hard for us to track them down."

Wirawan Mosby, an activist who works with the government's anti-human trafficking task force, said in many cases, jobseekers are tricked into sending a "processing fee" to agents promising well-paid jobs abroad.

"These end up being money scams where the so-called recruiters don't show up at the airport and block the job seekers on social media," she told the Thomson Reuters Foundation.

The government said it had taken legal action against more than 800 fake recruitment agents in the past three years.

Twelve of the 130 recruitment agencies registered with the government 12 had their licences temporarily revoked and the DOE also took legal action against 881 individuals by reporting them to the police.

While few cases involve human trafficking, where people are made to believe they will be doing one job and end up doing another, Wirawan said she had received complaints from workers wanting to leave.

"Many people know what they are getting into but because of financial needs, they chose the risky route," she said.

Reena Tadee, a senior researcher at Mahidol University's Institute for Population and Social Research, said cracking down on agents was not enough to tackle the problem.

"As long as there is demand for agents, they will come up with new methods of taking advantage of job seekers," said Ms Reena, who conducted research on Thais working in South Korea.

"People seeking jobs overseas have many limitations that lead them to depend on agents in the first place, and these restrictions should be eased."

Dani Alves on Ramos' foul: Real Madrid have taught us to do more than we are used to
Barcelona played the best match at Setien. Even Griezmann scored: a perfect parachute after a heel pass from Messi
Arsenal have nothing to celebrate, they have to take every opportunity. Mourinho responded to the gunners' joke about Tottenham
Kike Of Setian: I understand less and less VAR
MATIC has extended his contract with Manchester United until 2023
With the death of Morricone, part of the world's cinema goes. De Laurentiis on the composer
Josep Bartomeu: Setien is doing a great job. We have full confidence in him
Source https://www.bangkokpost.com/thailand/general/1920848/alarm-raised-over-online-recruitment-scams

Pattaya Museum denied the origins of the blackwater, then changed their mind – VIDEO

Man arrested for attempted rape of nurse at hospital