The declining amount of Arctic ice has forced polar bears and their cubs to stay on cliffs and feed on grass. Photos courtesy of Assoc Prof Suchana Chavanich

When Suchana Chavanich and Voranop Viyakarn arrived at the Arctic on their recent expedition, they were sort of disappointed.

"If people look at the photos we took, they might not believe we actually went to the Arctic because they hardly see ice," said Suchana, an associate professor from the Department of Marine Science, Chulalongkorn University's Faculty of Science. In 2009, Suchana was recognised as Thailand's first female scientist to journey to Antarctica.

Suchana and Voranop, who is head of the Department of Marine Science, recently returned from their two-week research trip to the Arctic. As part of the Geographical Pole Research Project under the royal initiative of HRH Princess Maha Chakri Sirindhorn, the journey was Thailand's first research trip to the Arctic. The objective was to study the impact of global warming on marine biology and how marine life has changed. This time the team dived in the Arctic Ocean to collect underwater specimens for further study, making Thailand the first country in Asia to have dived in both the Arctic and Antarctica.

When asked to rate the severity of damage to the world's environment on a scale on 1-10, Suchana said the damage reached level eight. Voranop declined to rate but voiced his concern, especially on a national scale.

"When you look at Thailand, you see a lot of climate-related changes," said Voranop, also an associate professor and head of the Reef Biology Research Group. "In the past, Thailand saw clear-cut seasons. It is not like that anymore. We don't have to go to the Arctic to see such an impact of climate change. Now there are many things to be done to alleviate the crisis."

Suchana and Voranop shared four most worrying signs of the world's environmental mess based on what they had witnessed during their Arctic exploration.

Polar bears have increasingly become vegetarian. They feed themselves with more plants because they have difficulty hunting their usual food -- seals.

"Polar bears like to eat seals because they are high in fat," explained Suchana. "This trip we saw polar bears, instead of being on ice sheets, staying on cliffs munching on grass. At first we thought it's probably their self-healing like dogs eating grass when they get sick. But that's not what was actually happening. They eat grass as part of their diets."

With grass as well as goose eggs as their new dietary choices, somehow scientists wonder quite jokingly if polar bears are getting wiser, opting for more healthy, low-fat foods. That is, again, not the case because such foods are not healthy for them given insufficient fat intake.

Suchana and Voranop had previously conducted research in the Antarctic. There they saw almost everywhere was covered with ice and ice sheets, and there were a lot of icebergs as large as 100m-200m in width. But in the Arctic, it's a completely different story.

"It wasn't easy to find an iceberg and when we came across one, it was so small," said Suchana.

Arctic ice is melting at a critical speed.

"With temperature that low [5C], we expected to see only dripping water from melting ice. But ice melts like waterfalls," Voranop observed.

Less ice not only affects the hunting behaviour of polar bears. It also impacts other polar animals that feed and stay on ice sheets.

Not only trash from fishing vessels but also other household garbage like water bottles, lubricant oil bottles and so forth were spotted in the Arctic.

"It can come from anywhere," said Voranop. "Trash that people dump eventually ends up here."

Voranop voiced his concern specifically over partially brown down waste that then sinks deep down. These are small pieces of waste, so small that they can end up in a fish's stomach. In the end, it could also reach humans through the consumption of fish.

"Waste management is key here," he added. "But it would be a very daunting task because we never know where all these trash is from so it's difficult to pinpoint who should be the one responsible for the management."

Suchana, however, strongly hopes to see Thailand as a part of the solution to the marine trash conundrum.

"Managing trash in our country alone is no longer enough because at the end of the day, our trash ends up in the Arctic too," she commented. "Thailand should contribute to the international efforts to fix the problem. We have skilled scientists and researchers who could help out with such a global crisis."

Diving in the Arctic this time was extremely risky, said Suchana, due to poor underwater visibility. But there she saw evidences that point their fingers to global warming.

"Jellyfish are not supposed to be found in the Arctic. But on every dive we made, we found a lot of jellyfish. This is a sign of rising temperatures where such marine life can survive," said Suchana.

Higher underwater temperature also affects kelp, large brown algae seaweed. "We did not expect to see so much kelp underwater. But this time we saw a forest of kelp," she added.

"Also now that they have to share moss with polar bears, they are definitely in serious trouble," said the female scientist. 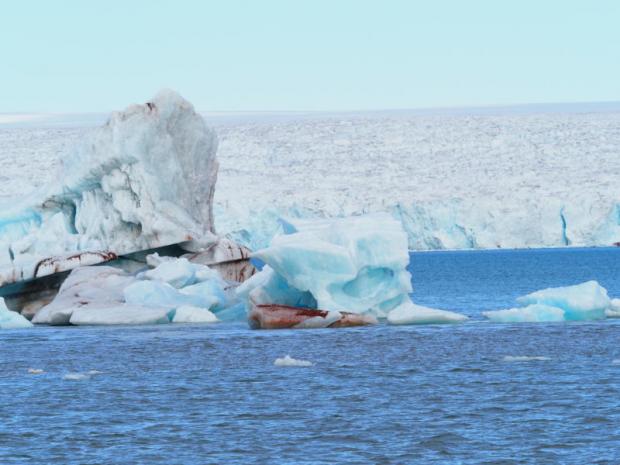 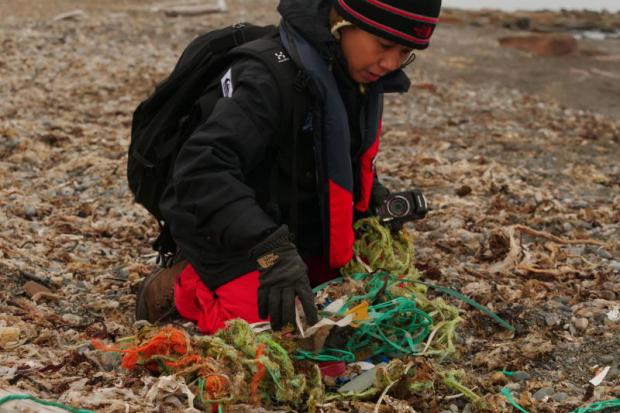 Marine trash is a mix of waste from fishing vessels and household garbage. Photos courtesy of Assoc Prof Suchana Chavanich 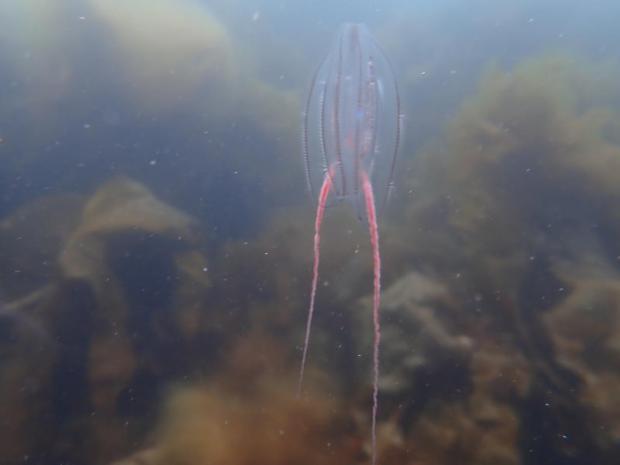 Rising underwater temperature results in the increase in animal and plant populations like jellyfish and kelp. Photos courtesy of Assoc Prof Suchana Chavanich 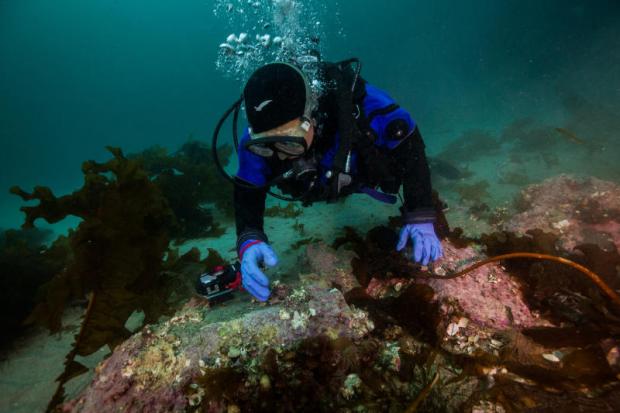 Zinedine Zidane: if the referee gives a penalty, it means it is a penalty
Lizard on the criticism of VAR: In Real life, they don't pay attention to conversations outside the team
Real need to score 5 points in 3 rounds to win La Liga
Gasperini about the 1/4 final of the Champions League: the Match with Juventus is an imitation of the games with PSG
Courtois played 18 dry games in the La Liga season. Real's record is one game away
Real Madrid won the 8th victory in a row and does not miss 5 matches
There was hardly any contact, and even outside the penalty area. Ex-member of Barca's Board of Directors about real's penalty
Source https://www.bangkokpost.com/lifestyle/social-and-lifestyle/1541426/an-arctic-mess