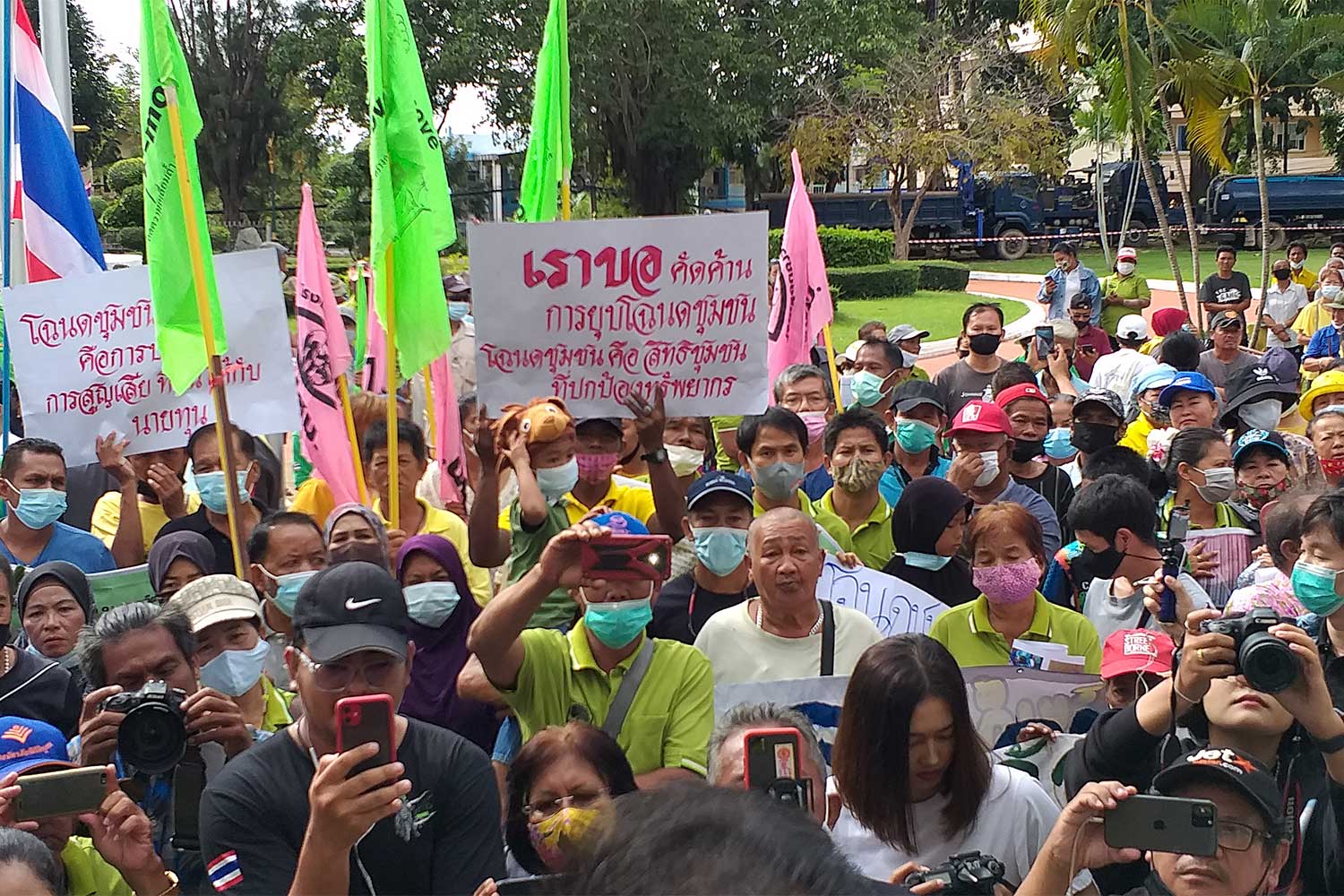 The request was made in a petition to Deputy Prime Minister Prawit Wongsuwon by about 300 people, led by members of the People’s Movement for a Just Society (P-Move), a grassroots group campaigning for land rights for the rural poor.

The petition asks the government committee on policy and land resource management, which is chaired by Gen Prawit, to review a proposal to stop giving community land title deeds that is due to go before its next meeting on Nov 30.

The petition asks that the Office of Natural Resources and Environmental Policy and Planning, and the Prime Minister’s Office withdraw the proposal and regulations from the meeting agenda.

They want the government to implement measures ensuring all 486 communities could develop basic infrastructure and get access to state development schemes.

Phuket deputy governor Piyapong Chuwong received the petition and promised to forward it to the government within 5 days.

The petitioners were satisfied with the assurance and dispersed. 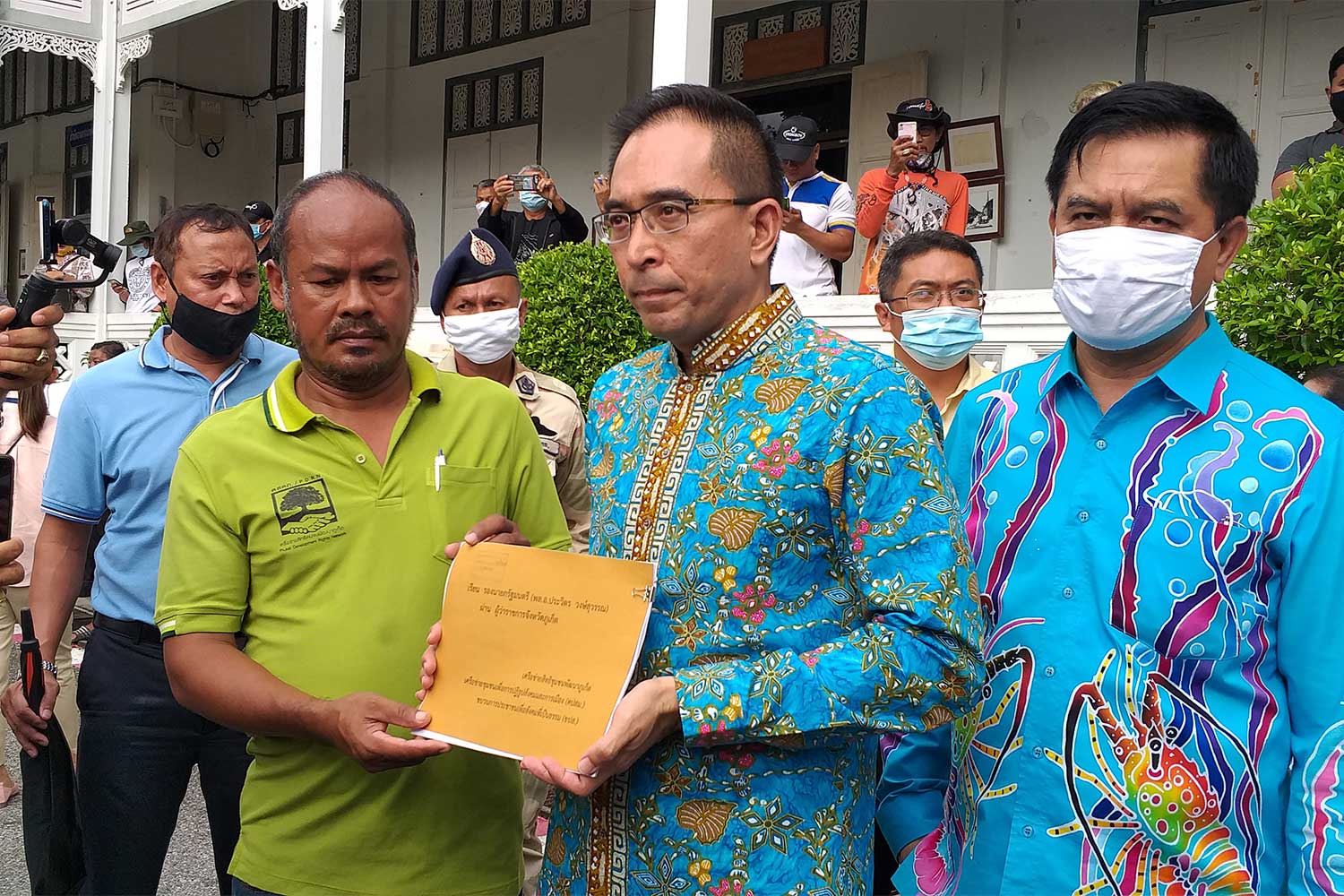 Leonardo on the contracts of Neymar and Mbappe: We are not going to beg them to stay. But I have a good feeling
Boca Juniors won the Diego Maradona Cup by beating Banfield on penalties
Man City, Barcelona and Bayern have congratulated Pep on his 50th birthday
Solskjaer parked the bus at Anfield, as Mourinho did. Ins about the match Liverpool - Manchester United
Liverpool dominated the first half-hour but did not exploit Pogba's weaknesses. Manchester United leveled the game and had the best moments
Inter will change the logo and name for the 113th anniversary of the club in March
Jorge Valdano: With Ronaldo gone, Real Madrid are missing a goal for the match. Now there are no goalscorers
Source https://www.bangkokpost.com/thailand/general/2025879/govt-asked-to-reconsider-plan-to-scrap-community-title-deeds