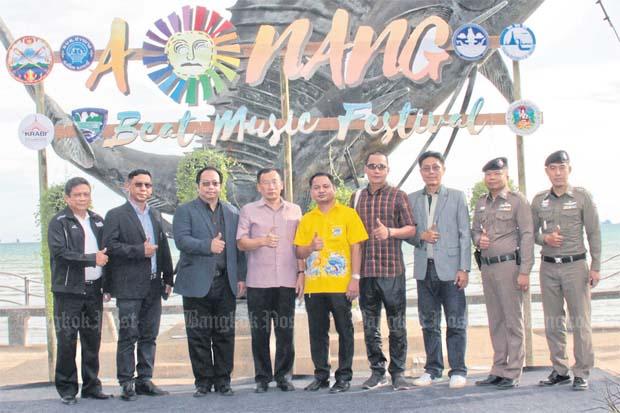 The Tourism and Sports Ministry and the six nations of the Greater Mekong Subregion (GMS) are teaming up to push Nakhon Phanom province as a new hub of tourism and trade for the region. 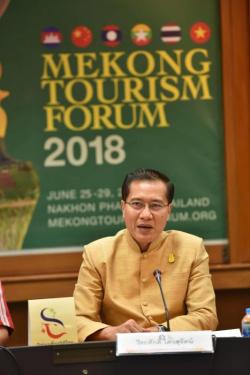 The tourism minister, governor of Nakhon Phanom province and head of the Mekong Tourism Coordinating Office (MTCO) said the province has high potential to attract more tourists, both local and foreign.

The province can also be developed as a new cross-border trade route with Laos and other GMS nations as well as a new domestic tourism hub for the Northeast.

Somchai Vitdamrong, governor of Nakhon Phanom, said more than 1.2 million tourists visited the province last year but only 10% of them were foreigners. The province projects tourist arrivals to reach more than 1.5 million this year.

"The entire Northeast gained only 2.9% of country's tourism income of 2.7 trillion baht. However, there are several infrastructure projects being built that are expected to facilitate the increase in visitors," Mr Somchai said.

Nakhon Phanom is famous for Buddhism tourism, adventure activities, and cultural and natural resources. About 25 hotels operate in the province to accommodate thousands of guests.

He said the province is building a 75-kilometre cycle track, planned for completion in 2020. Broader cross-border ferry services are improving to meet demand from both nations.

Tourism minister Weerasak Kowsurat said the ministry and MTCO are scheduled to host the Mekong Tourism Forum 2018 during June 25-29 in Nakhon Phanom, under the theme "Transforming Travel, Transforming Lives".

The event is meant to strengthen tourism in the secondary province, bringing opportunities by encouraging the participation of the public and private sectors to transform the region into one single destination.

Jens Thraenhart, executive director of MTCO, said two major activities have been included for this year's event: the Mekong Innovative Startups in Tourism, which will introduce new tourism innovations to stakeholders in the industry; and the Mekong Mini-Movie Festival, to be held for the first time.

The event will announce the readiness of the province to be a leader in Buddhist tourism in Asean and South Asia. Thailand will propose the creation of the Asean-South Asia Buddhist Tourism Story Book and will seek member countries to support this project. Experts and experienced Buddhist tourism keynote speakers will take the stage to share their stories on Buddhism travel trends under the theme "Buddhist Tourism in the Mekong Region".

Moreover, senior travel executives from Ctrip.com, Airbnb, AirAsia, and Inle Heritage Myanmar will relate their stories on the transformative power of travel along with a discussion on the plastic pollution issue the how the tourism industry can reduce single-use plastic in GMS. 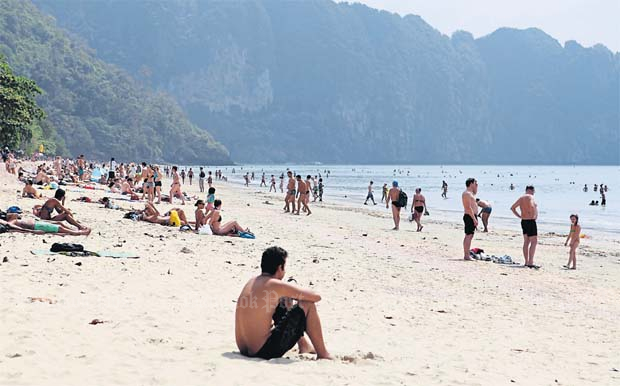 Kike Setien: Griezmann played a great match, understood Messi well, scored a great goal. We changed something
Barca President on the Real Madrid match: VAR always favours one team. I have an unpleasant feeling
Faty scored the 9,000 th goal in the history of Barcelona
Griezmann scored in La Liga for the first time since February with a pass from Messi
Suarez came out on the 3rd place in the list of the best Barca Goalscorers in history
Guardiola lost 3 away games in a row in the League for the first time in his career
About Lautaro Marotta: He has not shown the slightest desire to leave
Source https://www.bangkokpost.com/travel/in-thailand/1478941/nakhon-phanom-eyed-as-hub