No link between flu jabs and deaths, says Seoul

No link between flu jabs and deaths, says Seoul 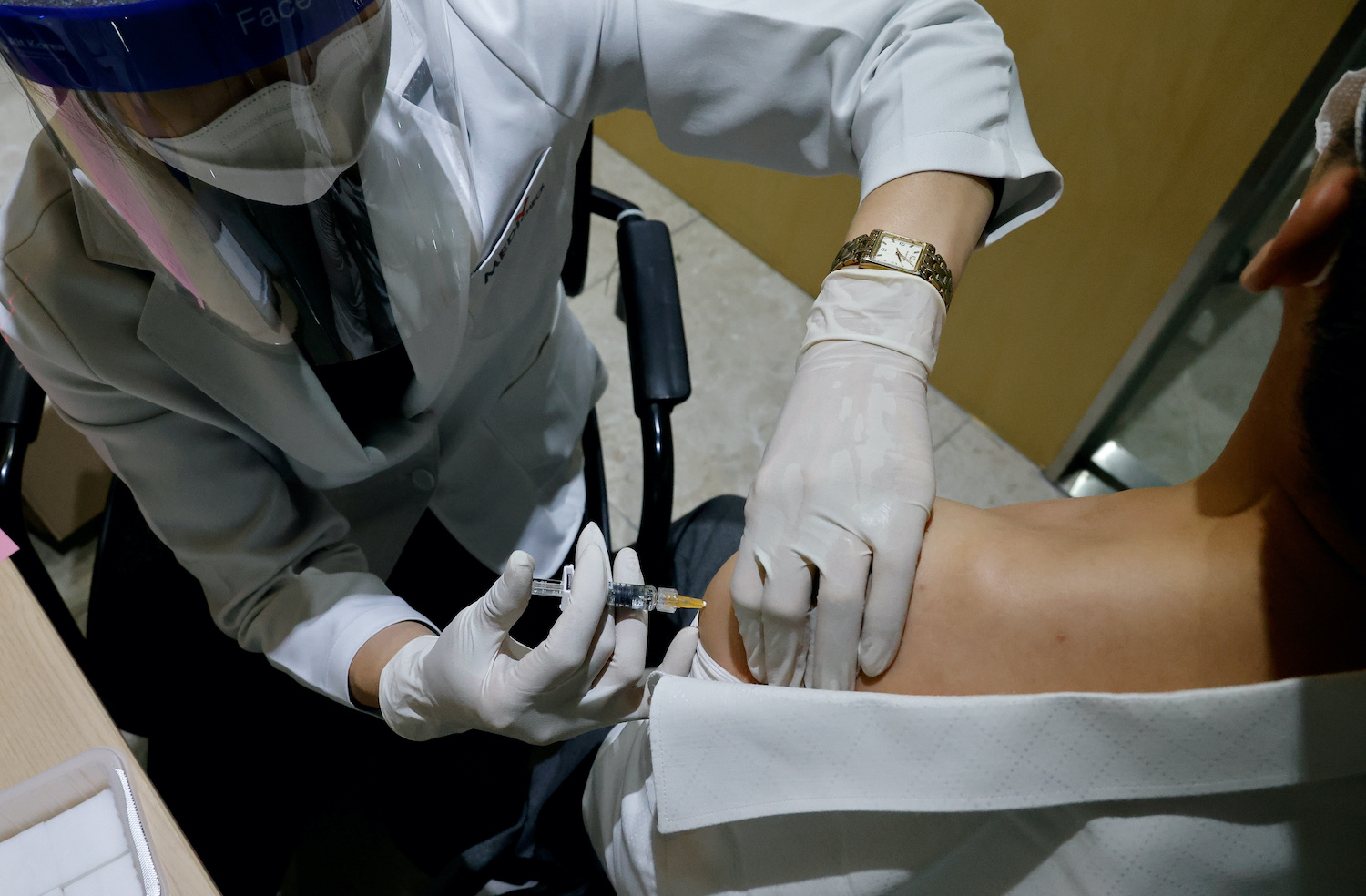 A man is vaccinated against influenza at a branch of the Korea Association of Health Promotion in Seoul on Friday. (Reuters Photo)

SEOUL: Korean authorities insist flu vaccines would continue to reduce the chance of having simultaneous epidemics of influenza and Covid-19, even as the number of people who have died after getting flu shots has risen to 48.

The Korea Disease Control and Prevention Agency (KDCA) said on Saturday that they found no direct link between the deaths and the shots. They plan to carry on with the state-run vaccination programme to try to avoid having to fight both the flu and the coronavirus over the coming winter.

“After reviewing death cases so far, it is not the time to suspend a flu vaccination programme since vaccination is very crucial this year, considering … the Covid-19 outbreaks,” KDCA director Jeong Eun-kyung said at a briefing.

Jeong said the review had shown no direct link between the flu shots and the 26 deaths that had been investigated.

Some 20 initial autopsy results from the police and the National Forensic Service showed that 13 people died of cardiovascular, cerebrovascular and other disorders not caused by the vaccination.

The death toll among those who have been vaccinated rose by 12 cases from a day earlier to 48 on Saturday.

The rising deaths have caused some doctors and politicians to call for a halt to the government campaign to vaccinate about 30 million of the country’s 54 million people.

While encouraging people to get flu vaccines, Jeong issued precautions to take before getting the shot, such as drinking enough water and telling healthcare workers about any underlying medical conditions. She also advised people to wait 15-30 minutes before leaving the clinic where they receive their vaccine.

“If possible, try to get the flu shot when it’s warm, since there are concerns that low temperatures could affect cardiovascular disease or cerebrovascular disease,” she said.

The KDCA said 9.4 million people had been inoculated as of Friday in the programme that began in September, with 1,154 cases of adverse reactions.

Steve McManaman: Real Madrid are an aging team. They need new players if they want to reach their previous heights
ISCO could move to Sevilla in January. Lopetegui is personally Interested
Bilyaletdinov about the Champions League: Loco can leave the group. Unmotivated Bayern can be beaten in the 6th round
Zlatan Ibrahimovic: I Thought about retiring, but I wanted to change the mentality of Milan
Vasco da Gama sports Director: Balotelli will be like Maradona for us
Real Madrid won't buy Mbappe in the summer of 2021 due to the crisis (Le Parisien)
Ibra scores in 39, Buffon drags in 42, Ronaldo has no plans to finish. Is football really getting old?
Source https://www.bangkokpost.com/world/2007591/no-link-between-flu-jabs-and-deaths-says-seoul

Hemp Seeds Delisted as Non-Narcotic for Foods and Drinks