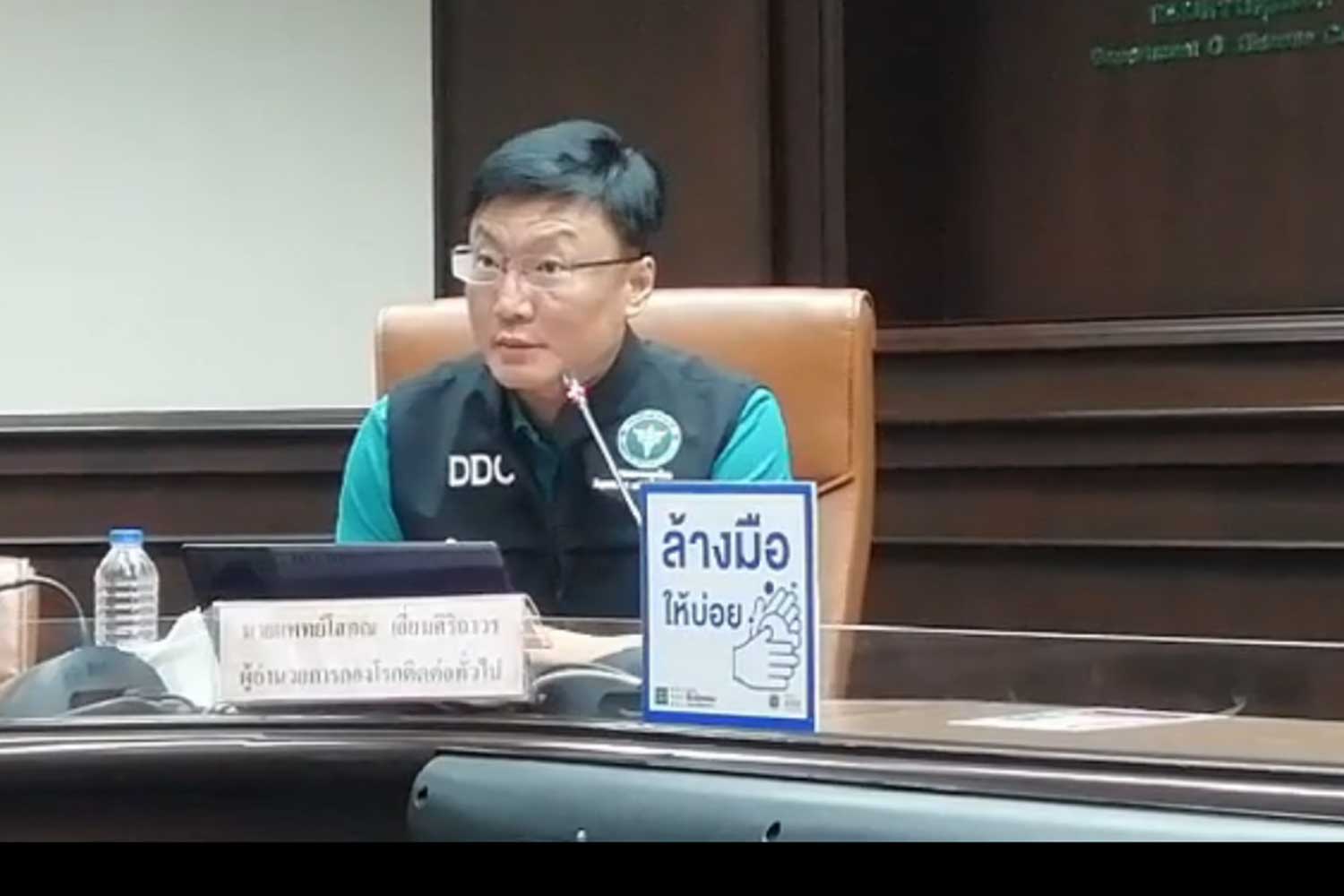 Dr Sopon Liamsirithavorn, director of the Communicable Diseases Division, briefs reporters on the movements of a woman diagnosed with Covid-19 in Chiang Mai.

Authorities say a total of 326 people came in contact with a Thai woman in Chiang Mai who was diagnosed with Covid-19 and had visited a shopping mall, a pub and a movie theatre and used public transport and Grab car services.

Officials from the Disease Control Department provided in-depth details about the woman’s movements at a briefing on Saturday as part of the contact-tracing exercise.

The 29-year-old Thai returnee from Myanmar was the only local case among five new coronavirus infections reported earlier in the day.

Dr Sopon Liamsirithavorn, director of the Communicable Diseases Division, said the woman is believed have become infected while in Myanmar. Drawing on the investigation by health workers, he presented the following timeline:

Of the 326 people who came in contact with the woman, 105 were deemed at high risk of infection and 149 low risk. Officials said 72 people were in close contact with her.

Questions had been raised about why the woman was not quarantined after returning from Myanmar. However, health authorities said they suspected the woman might have entered the country illegally.

Chiang Mai governor Charoenrith Sa-nguansat on Saturday ordered the disinfection of places visited by the infected woman, including a karaoke bar in the Santitham area, a shopping mall and a restaurant.

Real Madrid were eliminated from the Spanish Cup for the fifth time by a team from the 3rd league
Solskjaer on 2-1 with Fulham: Having conceded, Manchester United woke up and played a good match. Pogba played well
Manchester United won a Premier League match for the 94th time, conceding first. This is a record of the tournament
Pirlo took the first trophy as a coach-snatched the Super Cup from Gattuso. And once they won together
Cristiano Ronaldo: Milan and Inter are very strong, but Juventus can win Serie A
Insigne failed to score all 3 penalties for Juventus for Napoli
Man City are back on top. We will fight to the end! Manchester City defender Alexander Zinchenko commented on the return of the club to the first place in the Premier League table after the victory over Aston Villa (2:0) in the postponed match of the 1st round
Source https://www.bangkokpost.com/thailand/general/2026895/officials-tracing-326-contacts-of-chiang-mai-patient

Departing Trump gets his parade but little love