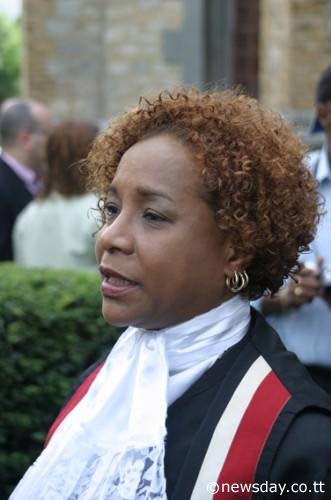 CABINET has approved $7.5 million in funding for the Gender and Child Affairs Division of the Office of the Prime Minister (OPM) for fiscal 2023. The announcement was made in a statement issued by the OPM on Thursday.

The statement said the funding will deal with workplan initiatives for the division for fiscal 2023, associated with the recommendations contained in the Justice Judith Jones Report on Child Abuse in Children’s Homes, Rehabilitation Centres and other institutions which provide residential care for children.

Jones' 11 member team began their work on this matter last July. The team submitted itss report to Cabinet on December 31, 2021.

In March, Minister in the OPM Ayanna Webster-Roy said Cabinet agreed to implement several of the team's recommendations, one of which is the creation of an inter-agency task force to deal with matters related to the protection of children in children's homes.

It will be led by a senior official from the OPM's Gender and Child Affairs Division and have six weeks from the date of its establishment to submit its work to Cabinet.

In October, Cabinet approved the recommendations in the workplan for implementation prepared by the inter-agency task force.

The OPM said Government remains committed to the establishment of a robust child protection system in keeping with its national and international development objectives and to the resourcing of agencies with responsibility for effecting the system.

"The implementation of the workplan recommendations and the roll-out of the national child policy is expected to advance the effort toward improvements in the child protection system."

The OPM said the Gender and Child Affairs Division has already implementing several initiatives contained in the workplan, to ensure that TT's children are protected.

These include the launch of the National Children’s Registry and an audit of children’s residences which the Finance Ministry is currently undertaking.

The OPM said Cabinet has a approved the creation of a standing committee on child protection.

This committee's membership will include government ministers and deputy permanent secretaries from ministries with responsibility for child protection, the Children's Authority chairman and the Tobago House of Assembly's chief administrator.

The committee, which is scheduled to hold its first meeting this month, will be responsible for coordination, oversight and strategic direction with respect to the child protection system.

The OPm also said the Youth Development and National Service Ministry has " also received significant funding for the initiatives related to the establishment of key facilities for children in need of protection."