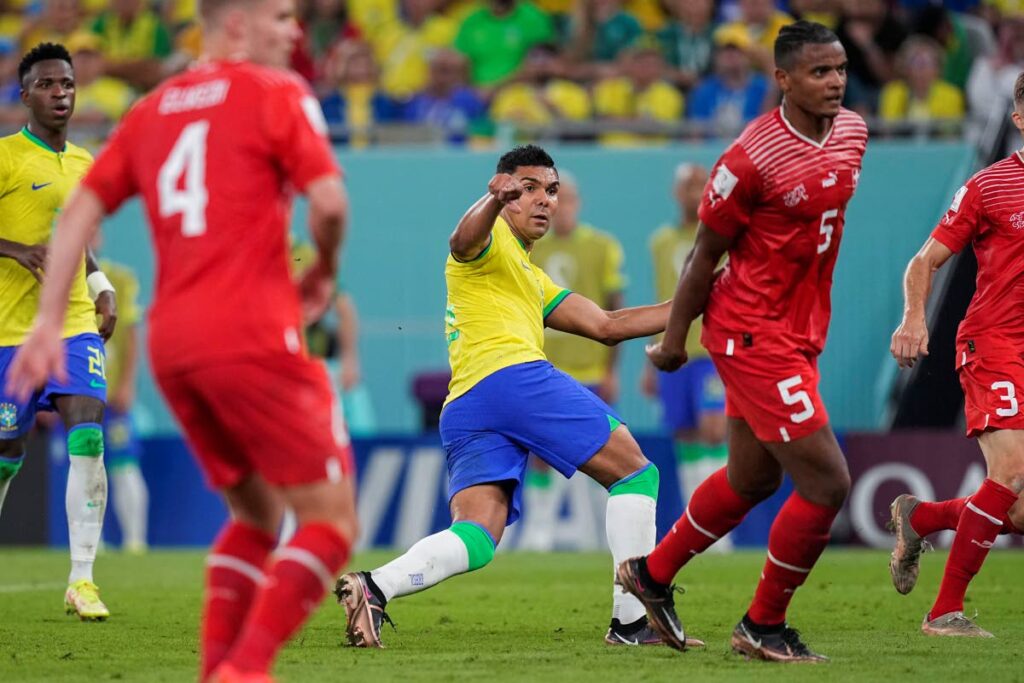 Brazil's Casemiro (C) looks at the ball after shooting to score the opening goal during the World Cup group G match, at the Stadium 974 in Doha, Qatar, on Monday. Casemiro scored once in Brazil's 1-0 victory. (AP Photo) -

A LATE goal by Casemiro sealed a place in the round of 16 for Brazil at the 2022 FIFA World Cup in Qatar.

Casemiro’s effort in the 83rd minute gave Brazil a 1-0 victory over Switzerland at the Stadium 974 on Monday. Brazil now lead Group C with six points after defeating Serbia 2-0 in their opener on Thursday.

Vinicius Jnr thought he had given Brazil the advantage mid-way through the second half, but Richarlison, who was involved in the attack, was ruled offside.

Brazil, who were without star player Neymar because of an ankle injury, will play Cameroon in their final group match on Friday at 3 pm TT time.