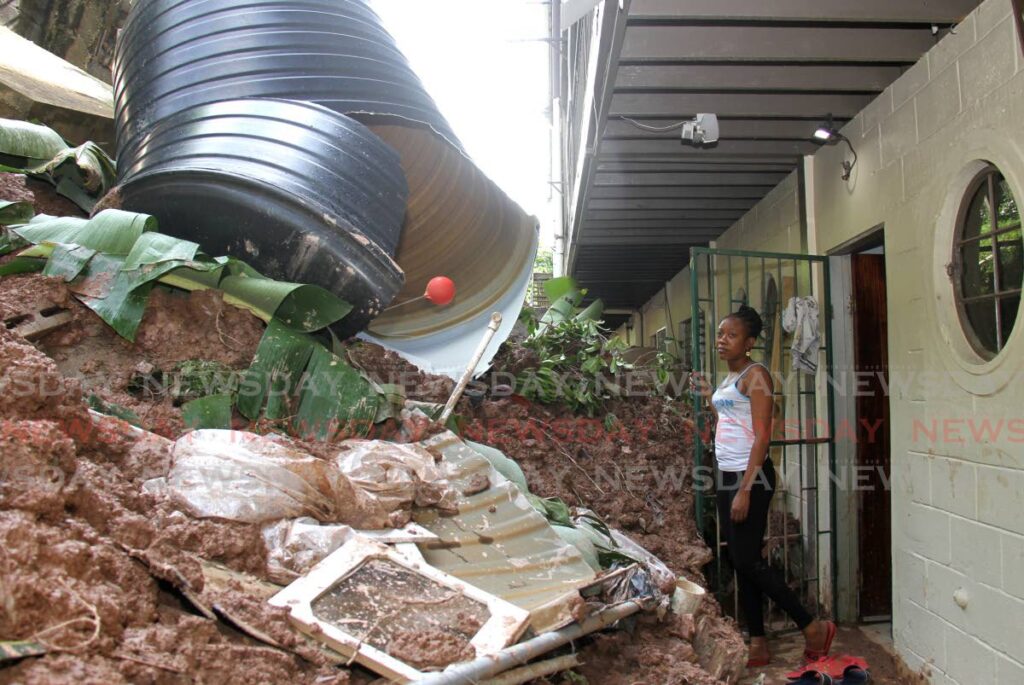 THE HILL CAME DOWN: Keila Logan looks at the mountain of rubble which is threatening her John Street, St James home following a landslide caused by persistent rain. Photo by Ayanna Kinsale

EVEN as there was an improvement in the weather on Tuesday, major flooding was still taking place in several parts of the island while in other areas, houses and roads were impacted by landslides, as a result of persistent, heavy rainfall since the weekend.

Information reaching Newsday was that in some parts of north and central Trinidad, floodwaters were as high as seven feet and was not receding. 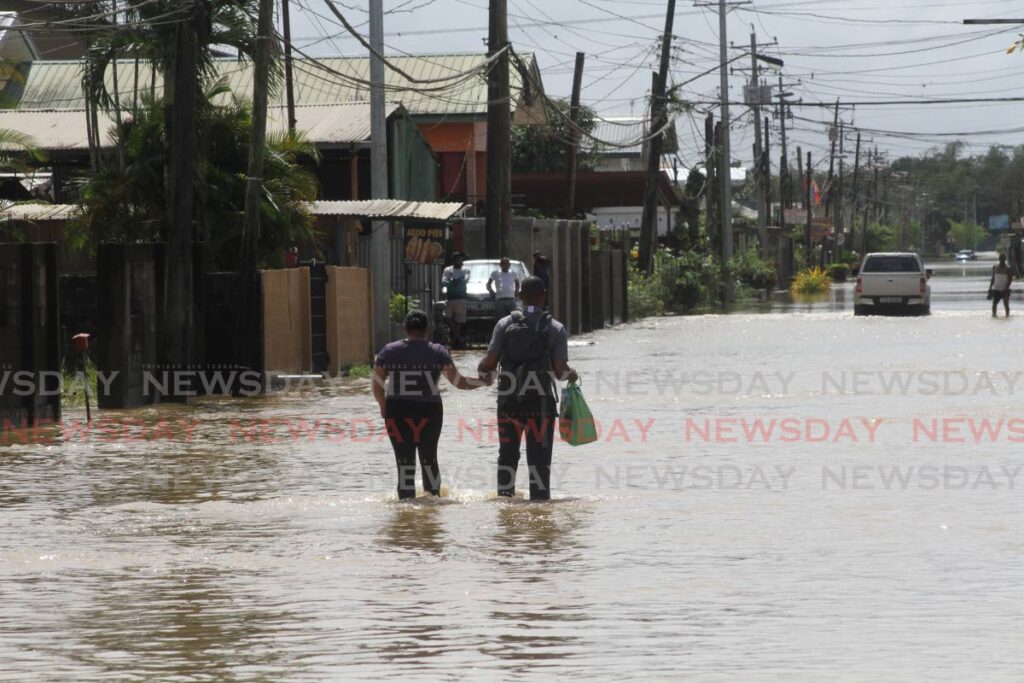 WATERWAY: A man and woman carefully walk through floodwaters in Madras Road, St Helena on Tuesday. PHOTO BY ANGELO MARCELLE -

As of 4 pm on Tuesday, parts of the Caroni River breached its banks causing an overspill on to the Uriah Butler Highway which blocked lanes and led to a major traffic pile-up.

Newsday's photographers were out and about on Tuesday in several parts of the island and brought back these images. 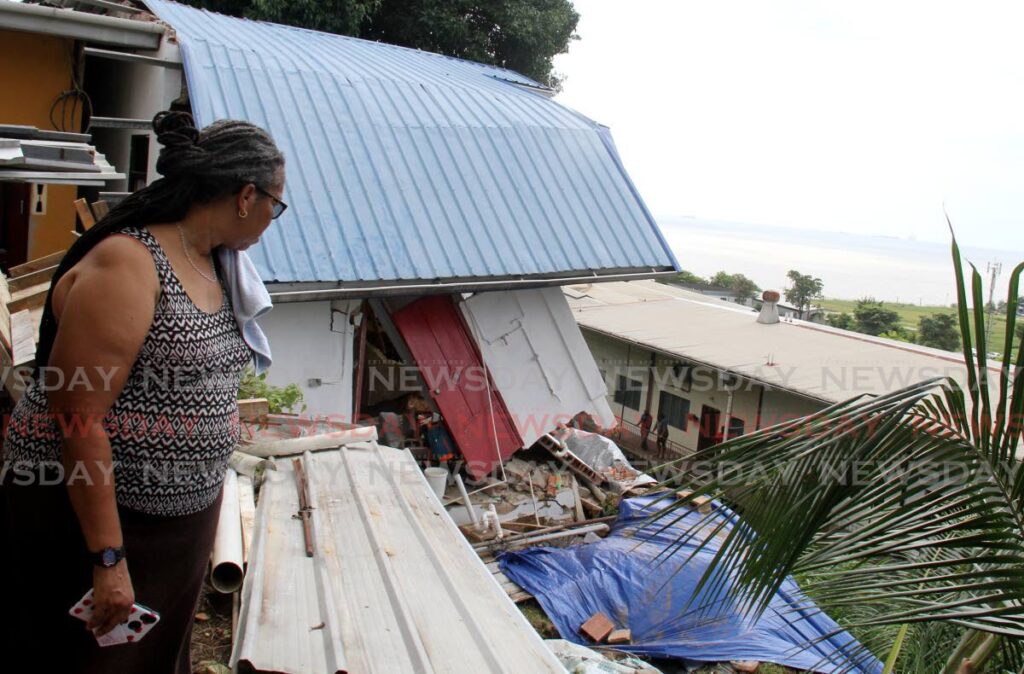 Vanessa Wickham surveys the damage to her Fort George Road home on Tuesday after it partially collapsed during heavy rain over the weekend and on Monday. - Photo by Ayanna Kinsale