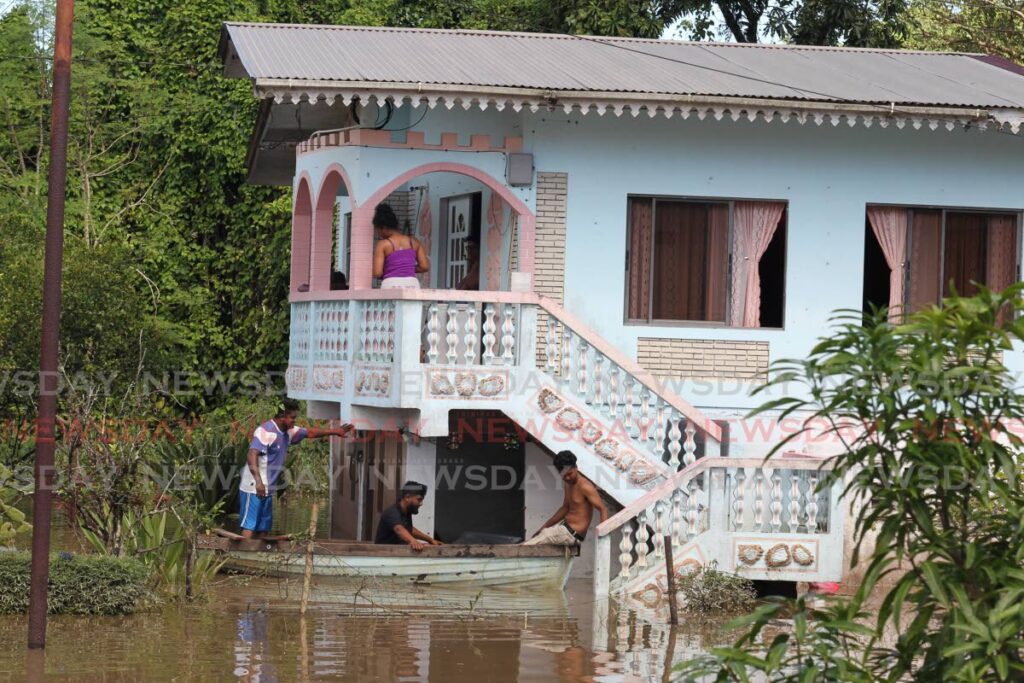 Helpful citizens use a boat to assist residents marooned at home on Chrysostom Street, Mafeking Village, Mayaro due to severe flooding. Photo by Lincoln Holder

Streets turned into temporary rivers in several parts of Mafeking Village in Mayaro, leaving many residents stranded for the past few days.

On Wednesday, many houses were flooded inside. Others were surrounded by floodwater.

Some people used dinghies to get to and from their homes, while others were seen wading through murky water.

At Chrysostom Trace, part of the road was still impassable, although the water had subsided. Residents there said the water began rising on Sunday. They thanked members of the Mafeking Masjid for giving them hot meals and food items. 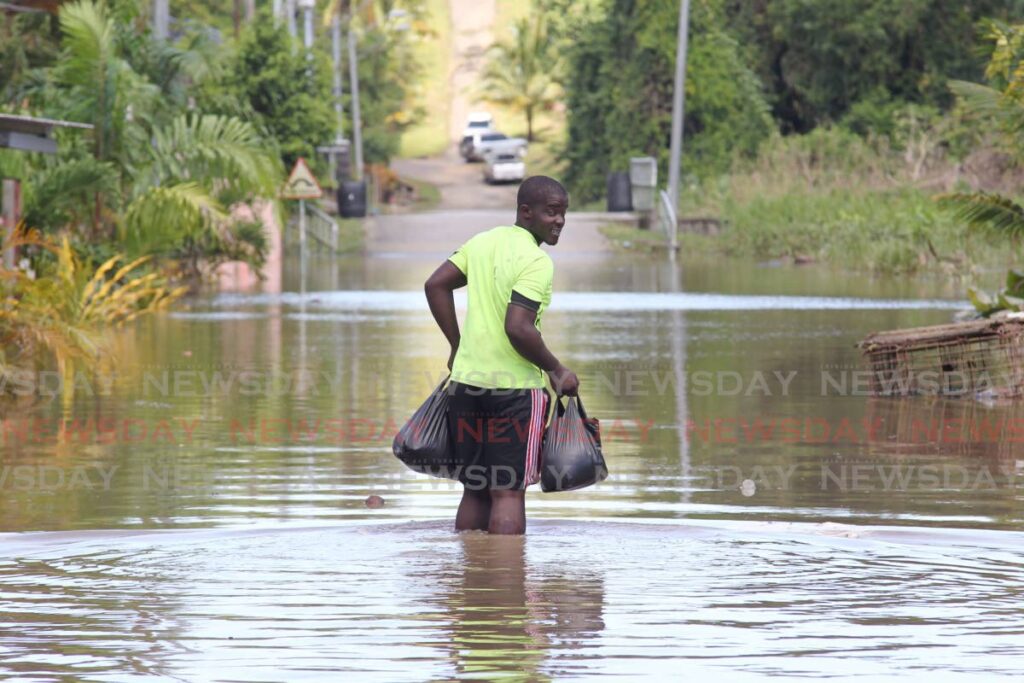 This Mayaro resident walks through a flooded Chrysostom Street to carry cleaning supplies home. Mafeking village was seriously affected by heavy rain over the past six days.  Photo by Lincoln Holder

Annette Brown, 61, said, "They are the only ones who came and helped us. I had two eye surgeries and still owe the (private) facility. My husband is 83, and we are taking care of three children, 12, four and two."

Brown said with the floodwater came snakes and caimans.

Like another resident, Stacy Dinanath, she accused Mayaro Rio Claro Regional Corporation (MRCRC) members of being selective in helping residents.

Dinanath estimated that 22 families in the trace were affected.

She said, "They (the corporation) are helping who they want to help. Politicians sell dreams. Next election, I am not voting for any of them. I would vote for God."

Members of the TT Regiment and the Coast Guard used trucks to transport people.

Along parts of Naparima Mayaro Road and Cedar Grove Road, the Ortoire River overflowed and flooded the area. Several corporation members were at the affected site, including the disaster management unit (DMU). The chairman, Raymond Cozier, told Newsday that workers have been distributing items like hampers and food to those affected.

"As soon as we get them, we distribute. But we do not have enough for everyone," Cozier said.

Inica Whiteman of Naparima Mayaro Road said she and her family had not left the house for the past few days. The house was surrounded by water. Part of it is made of plywood and the floodwater had left it waterlogged. 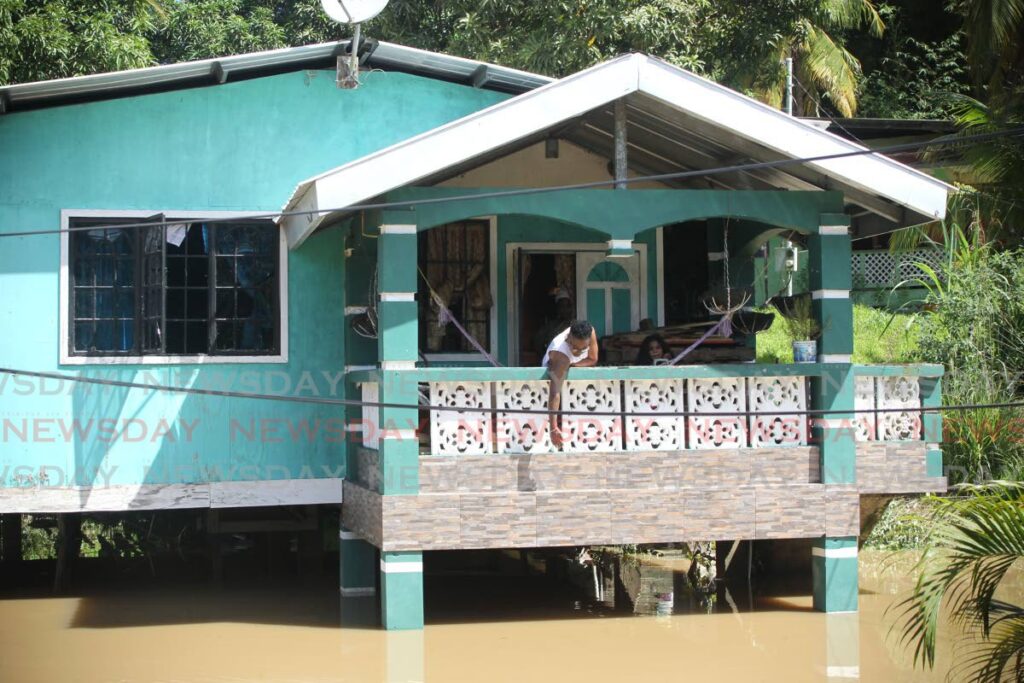 Inica Whiteman points to how high the water rose outside her home along the Naparima Mayaro Road, Mafeking Village, Mayaro. Photo by Lincoln Holder

At Logwood Trace, Tusliman Mohammed and her husband, Shah Mohammed, said the whole house was underwater. Shah, 73, suffered a stroke a few months ago and has limited mobility. Their son Sherrif and others put some household items in the garage at the front of the house, where the couple is now staying.

Sherrif was among the members of the Mafeking Masjid who were distributing food, clothing, and cleaning products.

Imam Alimul Rahim, who leads the masjid, estimated that between Tuesday and Wednesday, they gave out about 800 boxes of meals. The initiative was made possible by contributions from the Anjuman Sunnat ul Jamaat Association (ASJA) and the NGO Touching Heart Foundation in Curepe.