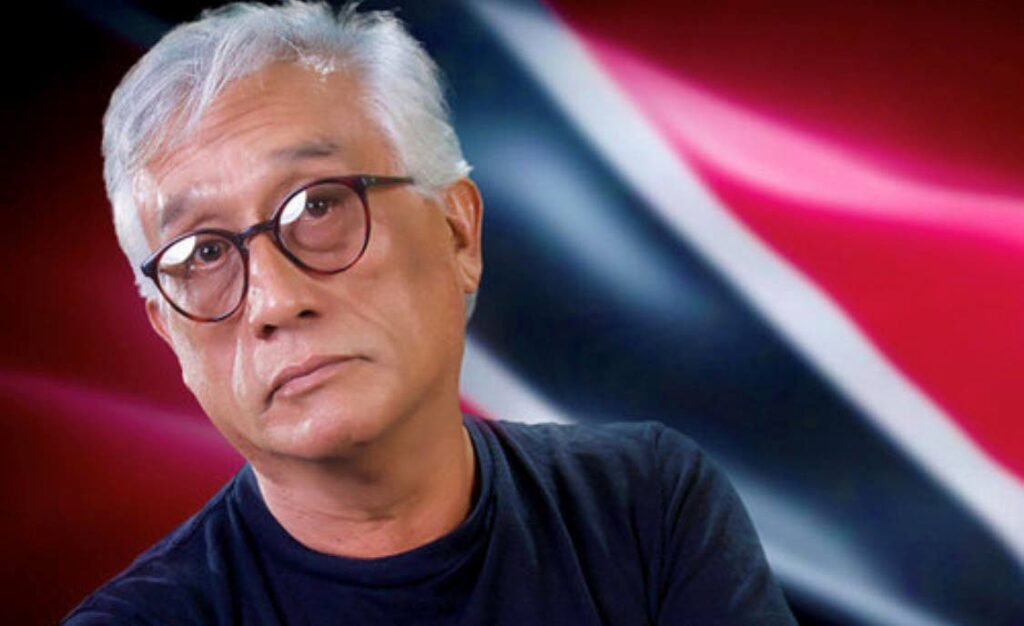 Raymond Choo Kong whose productions included Diary of a Mad Red Woman, Party Done for The Freak Next Door, Run for Yuh Life, and many others, directed and starred in hundreds of plays at the Central Bank Auditorium, Port of Spain. -

THE CENTRAL Bank Auditorium, a home for the performing arts, should bear the name of late theatre icon Raymond Choo Kong, his ex-colleagues, friends and fans believe.

Choo Kong, whose productions included Diary of a Mad Red Woman, Party Done for The Freak Next Door, Run for Yuh Life, and many others, directed and starred in hundreds of plays at the Port of Spain venue.

He was stabbed and killed at his home at Green Street, Arima home on June 15, 2019. Although the incident was reportedly recorded on camera, no one was ever charged with the murder.

On August 6, when Choo Kong would have turned 72, his long-time friend, TT-born UK-based gay-rights activist Jason Jones, started a petition to have the auditorium renamed.

Jones said he has received incredible feedback in support.

“(It’s) wonderful and deeply moving for all of us who were close to Raymond,” he told Newsday. “He would be shocked by the positive response. He was a deeply humble man and never felt he was anything special.”

“I met Raymond back in 1982, when I joined Trinidad Tent Theatre. I was 18. We became very close friends up until his brutal murder, which has traumatised us all.”

Like many other performers, Jones described Choo Kong as “a big brother and mentor.”

In the petition’s description, he credited Choo Kong with “single-handedly (making) the Central Bank Auditorium a recognised space for theatre productions in Trinidad and Tobago.

“He received 18 Cacique Awards during his glittering theatrical career. Although his talents and gifts were brutally taken away from us years ago, by renaming the Central Bank Auditorium in his honour, we can recognise his invaluable contributions for generations to come and ensure his legacy to TT theatre continues in perpetuity.” 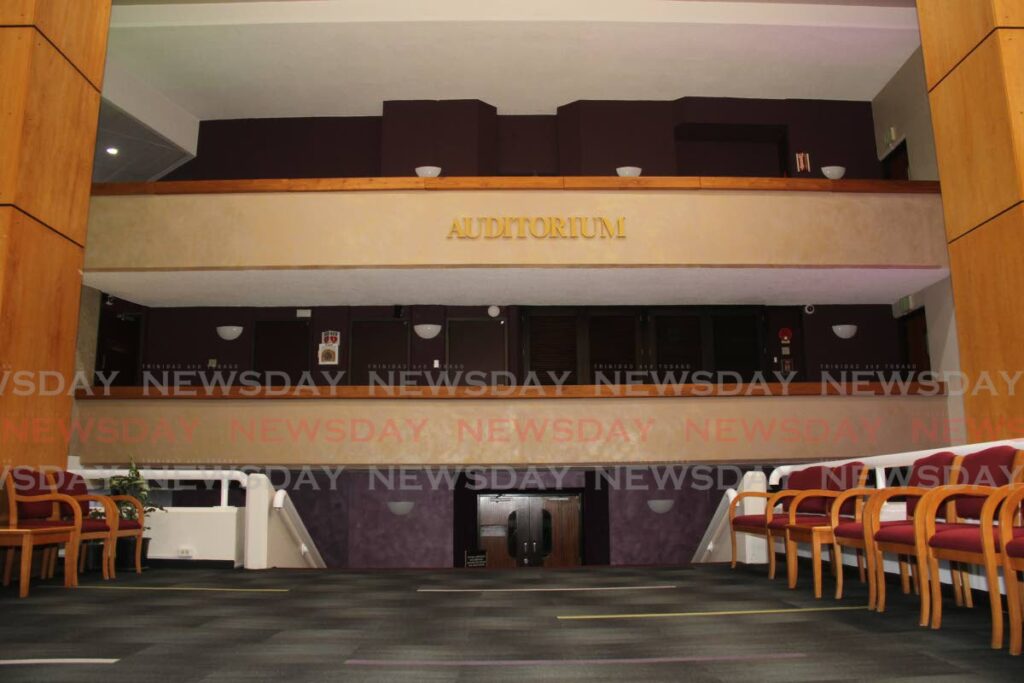 The Central Bank Auditorium, a home for the performing arts, should bear the name of late theatre icon Raymond Choo Kong, his ex-colleagues, friends and fans believe. - AYANNA KINSALE

Unsurprisingly, the petition has been well received and supported by several of Choo Kong’s former colleagues in the performing arts. Each friend who spoke with Newsday said Choo Kong practically single-handedly made the Central Bank Auditorium synonymous with local theatre.

Richard Ragoobarsingh, another of local theatre’s most recognisable actors, said in the initial stages of theatre, Choo Kong “was at the forefront in taking it to that new level.

“I was there for his very first production and worked with him on stage in so many productions they are too numerous to mention, and which spanned many years.”

Ragoobarsingh said Choo Kong was an excellent actor in both dramatic and comedic roles.

“But he chose the craft of comedy as his vehicle for producing theatre, and correspondingly was responsible for theatre being accessible to thousands who before did not see live theatre performances as part of their entertainment choices.

“I have seen actors grow from being considered hobbyists to now being considered professionals, and this is in no small part due to the growth in the consistency of productions and audiences that have grown to appreciate the work that theatre outputs.”

Ragoobarsingh said Choo Kong was instrumental in laying the pathway for many of the actors and production companies around today.

“When it comes to the Central Bank Auditorium, there is probably no theatre producer that showcased that facility more than Raymond did in building the clientele that became avid theatre-goers.

He said commercial theatre owed much to Choo Kong.

“I, certainly, 100 per cent support the Central Bank Auditorium being named the Raymond Choo Kong Auditorium.”

Costume designer and former performer Ronald Guy-James met Choo Kong at a Port of Spain disco in the 70s and had been close friends ever since.

He said, “If you ever gone to a play before, you’ve gone to see a Raymond Choo Kong at the Central Bank. It became a theatre space because of Raymond.”

Apart from giving Choo Kong just recognition, many of his ex-colleagues, friends and fans want justice for him. Jones and Guy-James both say they believe there is little to no interest among the police in solving his murder because he was openly gay.

The petition is nearing its initial target of 1,000 signatures.

“The response has been fantastic…That was just from posting on my social media. So with more publicity, I’m sure it will grow exponentially.”

Jones said rather than initially write to the Central Bank governor to lobby for the name change, he began with a petition to gain public support and awareness for the move. 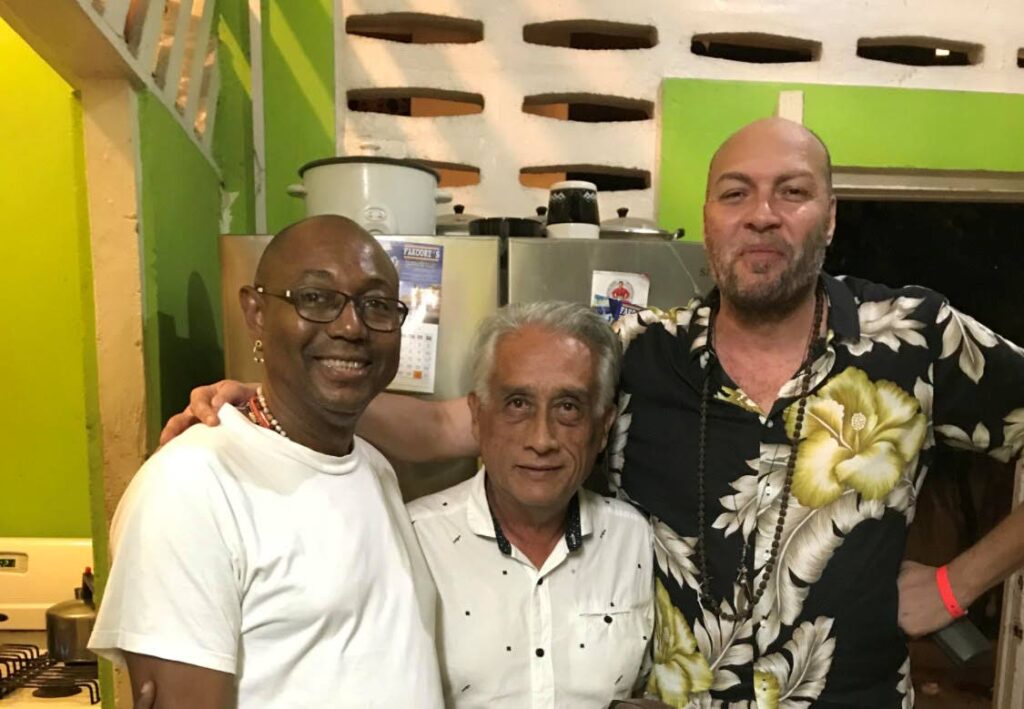 “Once I have reached a thousand signatures, that will be the impetus to approach the officials who run the auditorium. I have the support of many in the theatre fraternity so very soon we will come together on this and see what the best way forward is,” he said.

While the petition hasn’t yet reached its goal, Jones is optimistic it will, and the auditorium will get its due name change.

“The more people that support this initiative, the better the chances of getting the name change”

Jones said the property “is owned by the people.

“It belongs to all of us. So that’s why I chose to create a petition, so that the public can have their say on it.”

Newsday tried to find out who at at the Central Bank would be responsible for such a decision. Technical co-ordinator Delesse Francis said she is aware of the petition, but was unsure who can make the decision, However, she said she would provide the information as it became available.