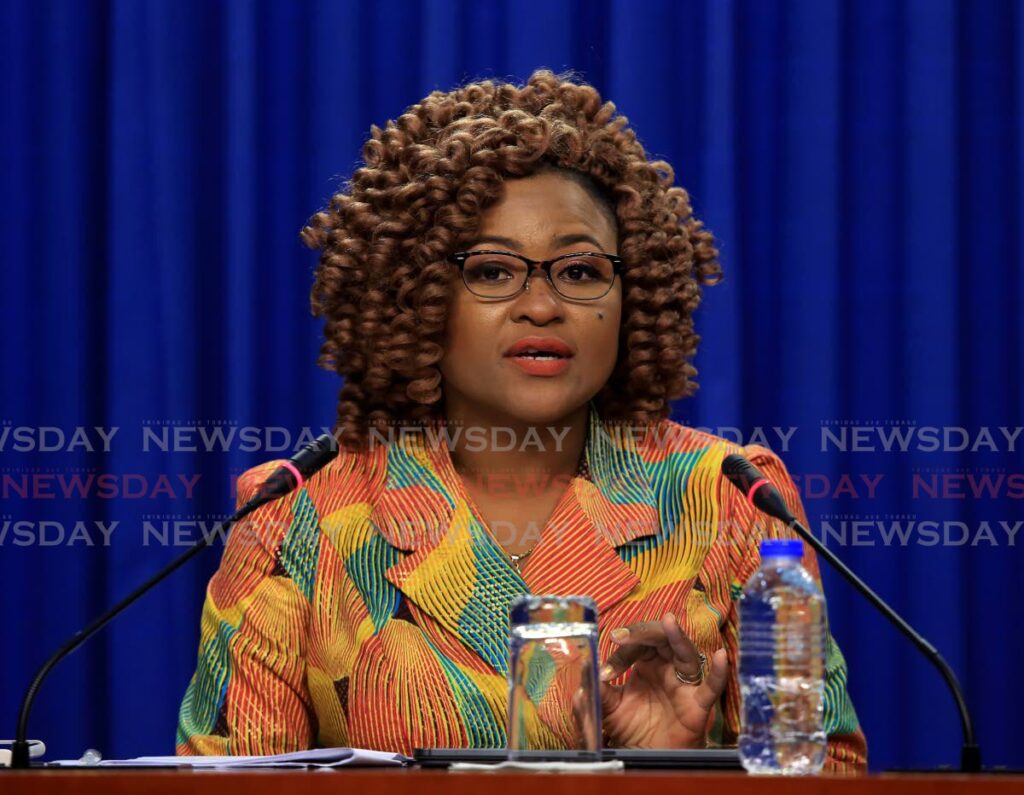 EDUCATION Minister Dr Nyan Gadbsy-Dolly rejected what she described as Opposition Leader Kamla's Persad-Bissessar's attempt to mislead the population into believing that the PNM does not care about TT's children. She did this in her contribution to the budget debate in the House of Representatives on Friday.

In response to claims made earlier in the sitting by Opposition Leader Kamla Persad-Bissessar about Government providing no funding for the GATE (Government Assistance for Tuition Expenses Programme) for fiscal 2023 and reducing the number of people who could access GATE, " Gadsby-Dolly said, "Disingenuous. The Leader of the Opposition knows that we can get access to increased funding for GATE if it is required."

She added, "I want to explain that the Cabinet has already approved this funding and (the ministry's) grants (division) has already been apprised of this and the measure is in effect."

Gadsby-Dolly urged young people to "go out and get your GATE."

Recalling that Government made a commitment to increase the number of students accessing assistance for tertiary education from 400 to 600, Gadsby-Dolly declared,"We have done that. The national bursaries are in place."

Gadsby-Dolly related some of her own challenges as a student, parent and teacher in different aspects of her efforts to educate herself.

"I know what it is to wear one overall from forms one to five,to not be able to pay school contributions, to wear my brother's old school shirts to school, to not have school books."

Gadsby-Dolly said she used to buy cloth from a store in San Juan and sew her own school uniform."

"There was no GATE when I went to university." While in UWI doing her masters degree, Gadsby-Dolly recalled working on campus to help pay her tuition fees. She also said she had two children at that time.

"I am speaking again to the young parents who are looking for opportunity. I know the struggle."

Recalling the covid19 pandemic as a traumatic time for students and the ministry's efforts to strike a balance between hybrid and in person learning, Gadsby-Dolly said no one should do anything to hinder children's education at any level going forward.

"Let's leave the children out of big people business."