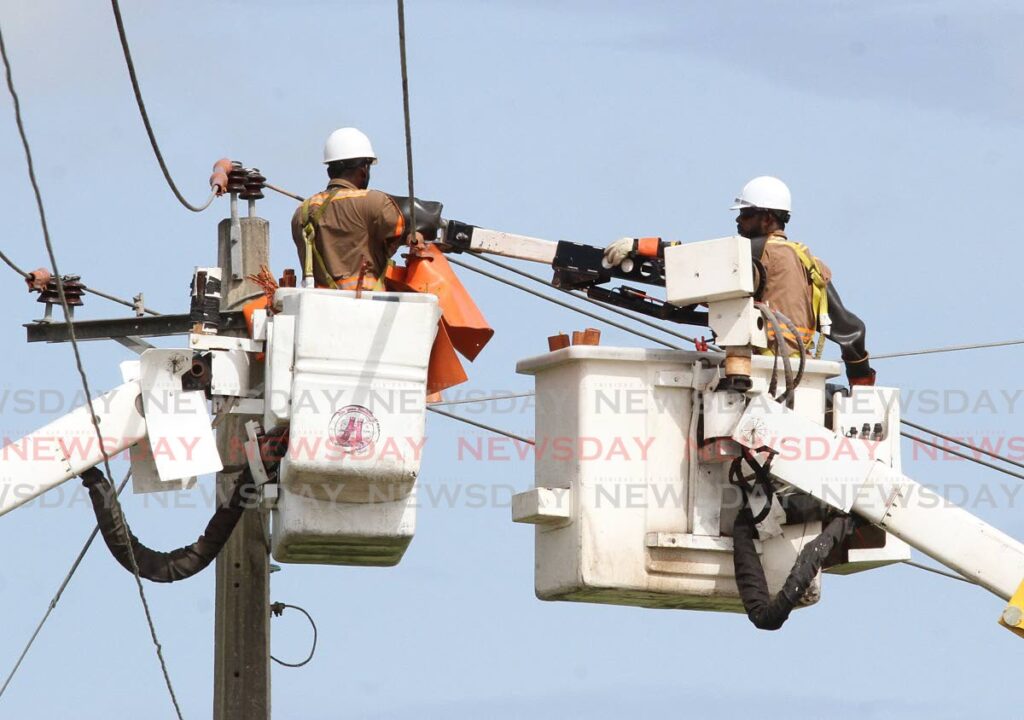 In this file photo TTEC employees work on overhead lines. The Minister of Public Utilities Marvin Gonzales said power has been restored to most communities affected by outages during bad weather over the weekend -

MINISTER of Public Utilities Marvin Gonzales has said electricity has been restored in most areas after outages were reported owing to bad weather over the weekend.

He spoke at a virtual press conference on Monday morning.

There has been heavy rain over the past few days which has caused power outages, landslides and flooding, among other things.

The adverse-weather alert was downgraded to yellow on Monday afternoon but has been extended until Tuesday at noon.

But Gonzales said the TT Electricity Commission (T&TEC) continues to be "challenged" in areas like Grande Rivere and Matelot because of difficult road access.

"We continue to work with our colleagues at the Ministry of the Public Utilities and the PURE (Programme for Upgrading Roads Efficiency Unit) Highways Division in ensuring that the roads become passable, accessible."

He said approximately 60 per cent of the electricity supply to Brasso Seco has been restored and the ministry is working on restoring the remaining 40 per cent.