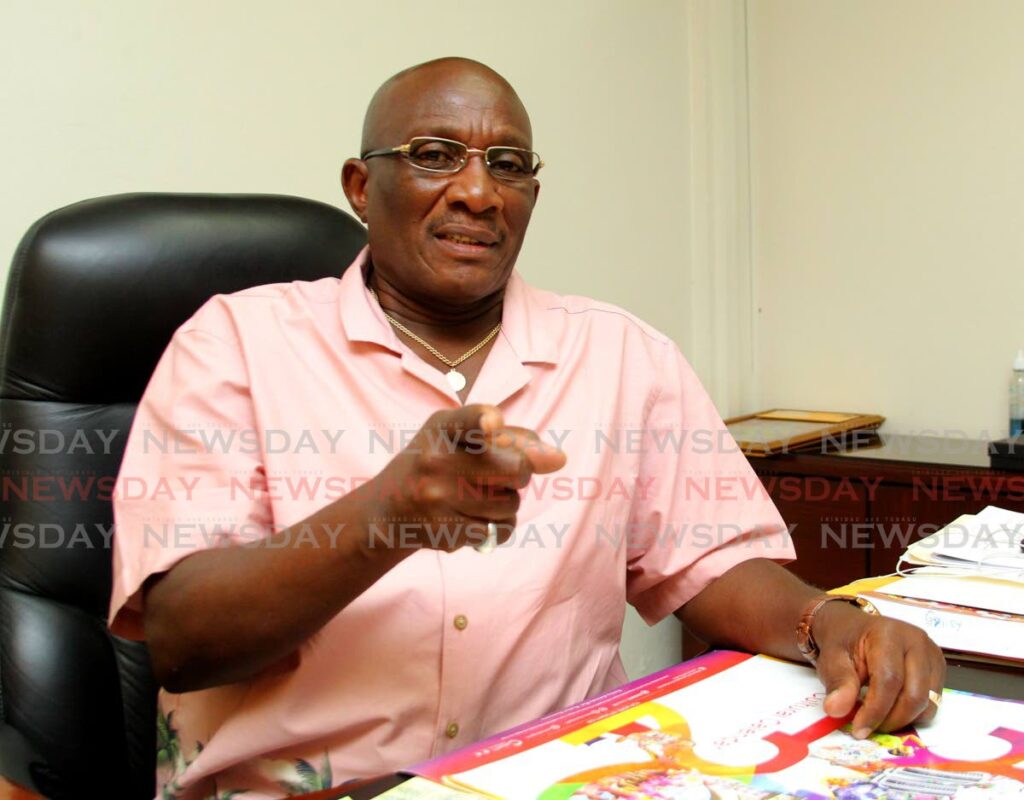 Chairman of the National Carnival Commission (NCC) Winston “Gypsy” Peters has said he and his team will make the money allocated to the commission this year bear fruit.

The 2023 budget's draft estimates of expenditure gave the NCC a little over $146 million to run its operations for the fiscal year, all of which Peters said will be invested into Carnival.

“It will bring back more than $1 billion to TT.

"We could have done with a little more, but that is what the country can afford now. We will have to make do. It’s an investment worth its salt and it’s not going to go down the drain. As soon as Carnival is announced it will start to bear fruit,” Peters told Newsday in a phone interview.

He said in addition to the monetary rewards, the peace of mind as a result of the opportunities the Carnival celebrations provide cannot be discounted.

“A lot of people will be employed for Carnival. Do you know how happy people will feel knowing they have a way of earning something to take care of their families?…The country is under stress and this investment is going to bring back in excess of $1 billion. The feeling that that is going to bring people cannot be monetised.”

The NCC falls under the purview of the tourism and cultural sectors, which have been among the hardest hit by the covid19 pandemic, with the temporary closure of the borders to international and regional visitors, a fall in hotels' and guest houses' occupancy rates, the suspension of the cruise season, and the shutdown of the entertainment industry.

"Carnival would normally cost $150 million or thereabouts, but, in this case, because it's a taste of Carnival and our economic circumstances are not very healthy right now, we are going to make do with whatever we have," Peters had told Newsday in February, adding that it was a showcase and advertisement for Carnival 2023.

Giving his opinion as a former minister of arts and multiculturalism, Peters said the budget, delivered by Finance Minister Colm Imbert on Monday, was a good one.

“The attention was paid to the essential aspects of our country. There will always be people who will not be satisfied, but in my view, it was a good one, given the current circumstances.”

President of Pan Trinbago Beverley Ramsey-Moore said she didn’t “see anything jumping out for the creative sector” in Monday’s budget.

“Because we get funding from the NCC, we will now have to wait to see how it will now distribute.”

In a media release in response to the budget, MP for Moruga Tableland Michelle Benjamin said the Tourism, Culture and the Arts Minister, Randall Mitchell, lacked innovative and creative measures to boost the industry. She said she had hoped the budget would say the “latest digital technology would be leveraged to enhance the visitor experience or even our locals,” and that tourism sites such as the Caroni Bird Sanctuary, the Pitch Lake and Devil’s Woodyard would be developed and modernised.

“Instead, the government’s plan is to build more hotels for what influx of visitors? The minister has been tirelessly accused of not consulting the relevant agencies including small tourism enterprises…,” the release said.

Imbert announced government’s plans to invest in digitising the tourism and creative sectors by offering incentives to small and micro-enterprises, as well as to continue making investments in the hotel and cruise industries.