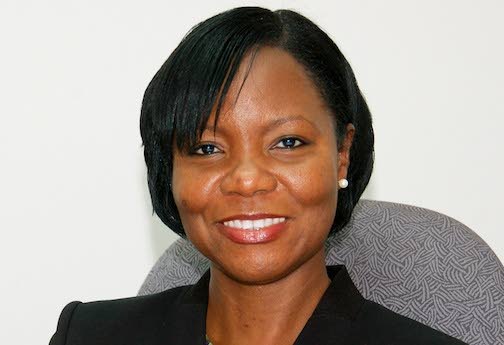 A High Court judge has denied an injunction to prevent local government councillors and aldermen from continuing in office for a year after December 3.

On Wednesday, Justice Jacqueline Wilson refused to grant the injunction to political activist Ravi Balgobin-Maharaj as part of his challenge to the Local Government Reform Act.

Passed by a simple majority earlier this year, the act allows local government elections to be delayed by a year, which the government has said it wants to do.

Reading out the salient aspects of her ruling, Wilson said it was the court’s view that the least irreparable harm would be to refuse the injunction, because of the range of services provided by aldermen and councillors and the potential impact of their disruption.

But in assessing the merits of Balgobin-Maharaj’s main complaint, she agreed there was a serious issue to be tried.

Balgobin-Maharaj had asked the court to restrain all councillors and aldermen elected in the December 2, 2019, local government elections from acting beyond December 3, 2022.

Alternatively, he wanted the offices of all councillors and aldermen declared vacant from December 4.

In submissions on Monday, Balgobin-Maharaj’s lead attorney Anand Ramlogan, SC, said the changes to the law could not be applied retroactively to apply to incumbent councillors and aldermen, as announced by Local Government and Rural Development Minister Faris Al-Rawi, but to future council members elected in the next local government elections.

He said for the law to take retroactive effect to apply to current councils, Parliament should have expressly said so, as the rights of the electorate to vote in an election when legally due would be affected.

Ramlogan said the interpretation by the minister, and by extension the Cabinet, that the amendments to the act applied to incumbent councillors and aldermen, was based on an error.

“It is an abuse of power because it is being done by the executive and not the legislature,” Ramlogan said.

Objecting to an injunction's being granted, the State’s lead attorney, Douglas Mendes, SC, advised the judge to determine where the least irreparable harm would lie in granting one, since she did not, at this stage, have to decide on the merits of the case.

“If we are correct, and the legislature has extended the terms of office of the current councils, then the effect of an injunction restraining them from acting in their offices will have the effect of shortening their term...

“It would mean that the will of the legislature will not be followed, and you will deprive electors of service,” he argued. He also warned that citizens would be deprived of the provision of service by councillors and aldermen if the court granted the injunction.

“There is no challenge to the legality of the amendment. What is being challenged is the minister’s interpretation.”

Wilson is expected to hear Balgobin-Maharaj’s substantive challenge in January.

Balgobin-Maharaj, a voter in the Maracas/Santa Margarita electoral district, said he was aggrieved by the decision taken by Cabinet and announced by Al-Rawi.

In her ruling on the injunction application, Wilson said it was necessary to consider whether the minister’s statements were reviewable on the ground of illegality, as argued.

“There is no complaint of the amended provisions of the Municipal Corporations Act, but the complaint is that the interpretation by the minister leads to unlawful results.”

She said the court had to decide what legal consequences would flow from the minister’s statements in which he informed the public of the Government’s intention to proclaim the amendments while explaining their effects.

Wilson said the court had a supervisor role and it was for the court to discern Parliament’s intention and give effect to the legislature's purpose.

She said local government councils played an important role in providing services to the public, and it did not follow that there would be adverse consequences if they were allowed to continue in office beyond the three months after their term ends.

“Practical measures can be taken,” she said, pointing to the evidence of Penal/Debe Regional Corporation chairman Dr Allen Sammy, who explained how the local government system continued to work before an election after a term ends, and the evidence of the minister.