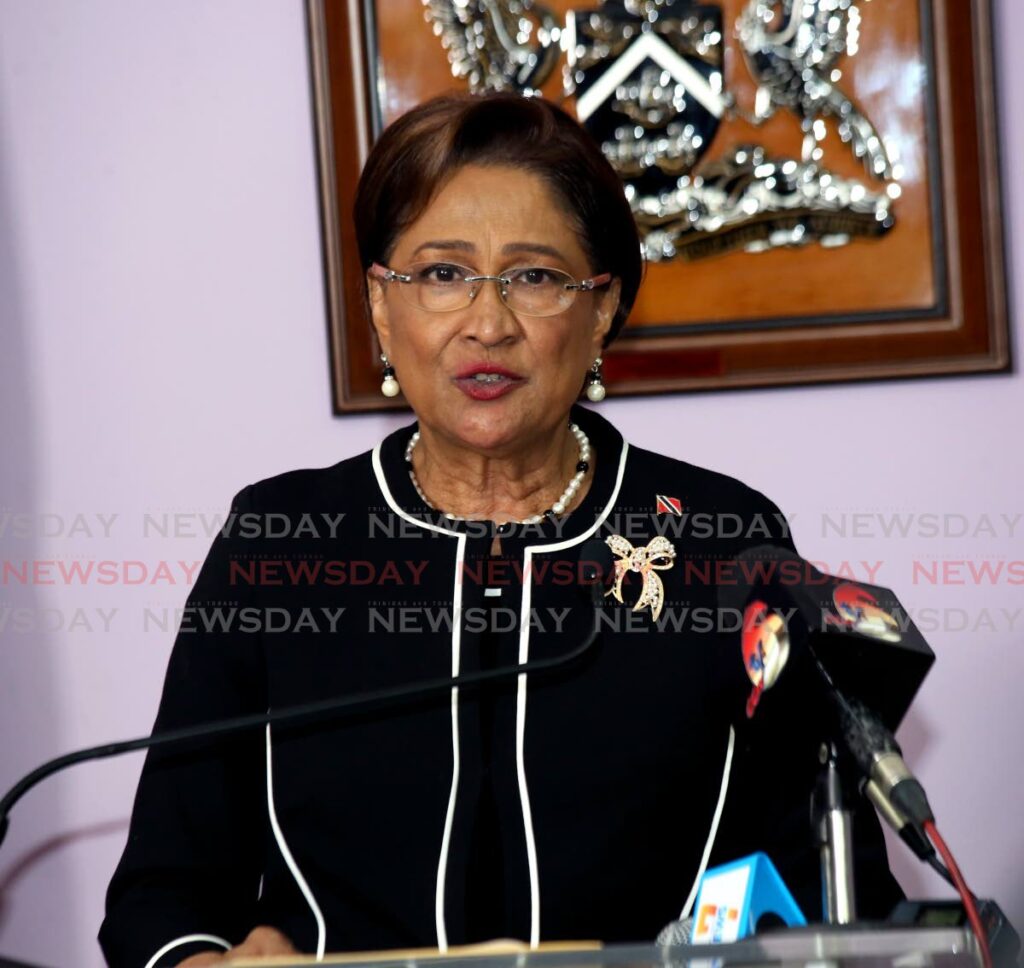 THE GOVERNMENT still has questions to answer about the lack of deposits made to the Heritage and Stabilisation Fund (HSF) long before the last budget.

United National Congress political leader Kamla Persad-Bissessar, speaking to supporters at the party's Virtual Report on Monday, said she raised the matter of the HSF in the budget debate, but the government has been "hiding and lying" about it.

"In my contribution, I said the HSF has lost $10 billion.

"What is our HSF? Your money, your taxpayers' money?"

The HSF, according to the Ministry of Finance, is a sovereign wealth fund designed "to stabilise the economy in response to volatility in the energy sector and to save for future generations."

Earlier this year, the government said it had been unable to make any deposits to the HSF for the previous financial quarter, owing to insufficient revenues from the oil sector. However, it subsequently announced increased earnings after the latest reduction of fuel subsidies.

"You're supposed to make deposits," Persad-Bissessar said. "When we asked how much extra you got, (you said) you got extra dollars from the increase in oil and gas prices.

"Okay, you put that into the HSF, but all along you were not putting any monies in."

Persad-Bissessar suggested the timing of the last HSF deposit and a lack of previous deposits were particularly glaring.

"We kept telling the government, but they kept hiding and denying. And two days before the actual budget speech from Imbert, they put in the US$163 (million) to bring us up to par – US$5.6 billion. So we had lost that money. Why?"

The deposit in question was made on September 23, a Friday, the last working day before the budget was read.

Finance Minister Colm Imbert also revealed the US$163 million deposit during the debate. He said it was deposited for intergenerational benefit.

Questions, Persad-Bissessar said, also remain about where the money was used.

"Is it that they're investing and the people who are doing the investing (with our) HSF monies – that they're not investing it in the right places? They denied it," she said. "And even when I say this tonight – they have to file a report in the Parliament on the HSF – (they will) still come back and say we lied. 'No, no, no, we had the $5.6 billion. We had it.'

"For more than six months you lied to the country."