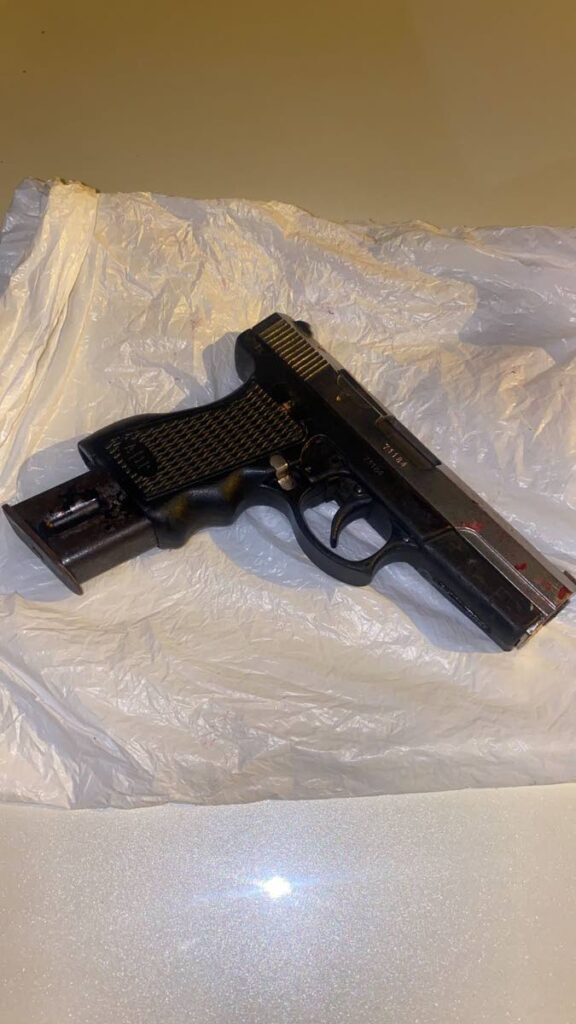 The weapon police said they seized from Richard Ferrier on Tuesday night at Morvant. -

A Morvant man accused of shooting at police officers two weeks ago as they responded to a report of a robbery, has been shot dead by police.

Officers of the North-Eastern Division Task Force and the Gang Intelligence Unit went to Ferrrier's home at Cosmos Street, Coconut Drive, Morvant home around 10 pm on Tuesday to search for arms and ammunition.

Police said they were confronted by Ferrier, who they claimed pointed a gun at them when they entered a room, the officers shot Ferrier. Officers said they retrieved a gun before taking the injured man to the hospital.

Police said Ferrier was identified as the suspect who shot at officers as they responded to a report of robbery on the Priority Bus Route, Aranguez on September 14.

Ferrier, they claimed, was wanted for questioning in relation to several robberies in the San Juan and Barataria police districts.