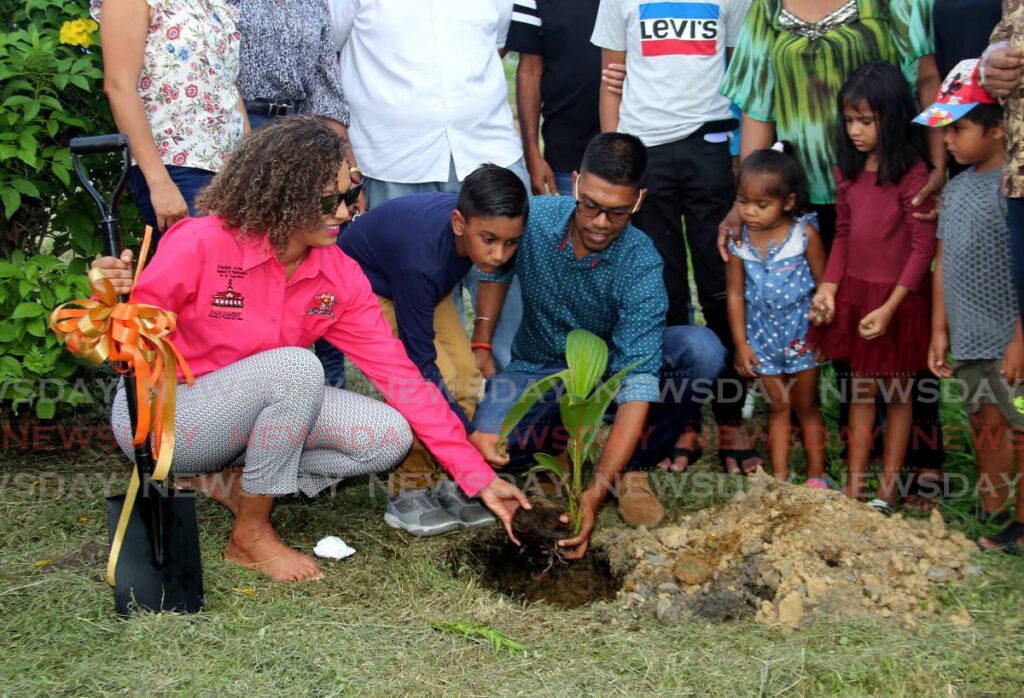 ST Augustine MP Khadijah Ameen on Wednesday launched an initiative to plant 1,000 trees nationwide as both a source of beautification and food.

Ameen said she had first planned to plant ten trees, then this idea had grown to 100 and then to 1,000.

Recalling that she had once been known as "the flood councillor" for highlighting people's flood woes in the media and helping with mop-up operations year after year, she lamented an absence of comprehensive, sustainable solutions to such environmental problems.

She said that as a member of an opposition preparing to go into government, she had several sustainable solutions to offer as governmental policy.

Ameen said she planned to participate in ten days of tree-planting nationwide, with upcoming events at Cedros, Penal, Mayaro and Carli Bay.

However, Ameen warned that it was not enough to just plant trees but they had to be guarded against being stolen. She said she and her team had once planted fruit trees on an empty piece of land in Macoya in her constituency.

"By the next week people had stolen all of our plants."

She said every public space where trees were planted for the public good needed to also have guardians to prevent theft of the trees.

"The trees will be for everyone to partake of, but someone has to take care of the tree while it is a baby."

Ameen said her project would also include the planting of decorative trees like the poui and the distribution of kitchen garden plants such as corn, peas and sweet peppers. She promised that all schools in her constituency would be given such plants, even as she recalled the joy that such projects brought to children.

Saying she had recently attended a talk at the Centre of Excellence by Indian personality Sadhguru, she said his Save Soil movement has expressed support for her 1,000 tree project.