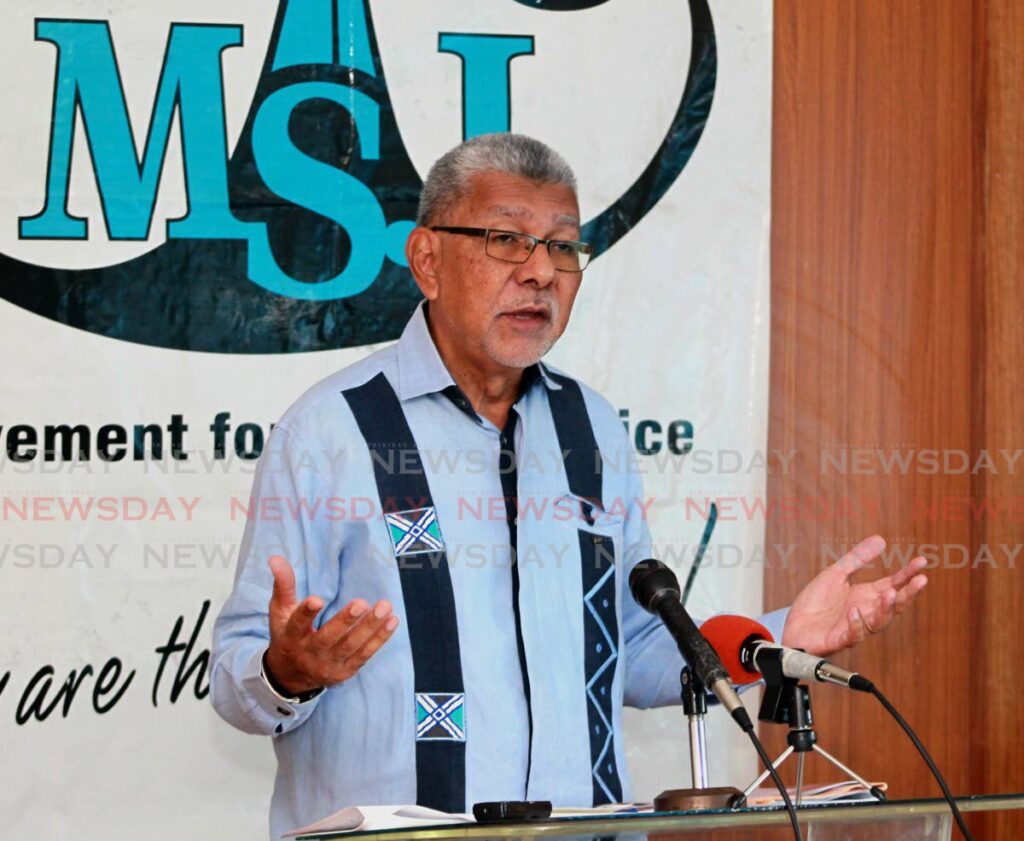 THE Movement for Social Justice (MSJ) wants the Government to use some of the $8 billion in the Green Fund to find creative and different ways to address flooding.

While collapsing infrastructure and flooding continue to affect thousands across the country, political leader of the MSJ David Abdulah said the $8 billion-plus is for work related to environment remediation and mitigation.

“Certainly, that money could be used to deal with the problems we are having now, because the Government has no vision to treat with this problem,” he said at the MSJ virtual news conference on Sunday.

He said Works and Transport Minister Rohan Sinanan's reported call to prepare for the worst and hope for the best was an admission of failure on the part of the Government to find a solution to counter the aftermath of the heavy rain which has affected thousands over the past few days.

The Prime Minister’s statement about waiting until the dry season to tackle the massive flooding, deteriorating and worsening road conditions and collapsing infrastructure, was equal to throwing his hands in the air and giving up, he said.

He offered some solutions which he said are outlined in the MSJ’s roadmap to recovery plan, including a national infrastructure fund. The proposed fund, he said should be outside government revenue and expenditure, not to be controlled by the Ministry of Finance or Works.

“It should be managed by an independent group of people appointed by the President, similar to the Green Fund and Heritage and Stabilisation Fund. This fund would be managed by bond issues and go into important development projects, which projects are to be implemented by people in communities representing community co-operatives.”

Noting the number of hillside developments taking place in Maracas St Joseph, Santa Cruz, Maraval and other areas, Abdulah said that has to stop.

“There are too many hillside development, too many houses, too many apartments building, causing more runoff heading into rivers and flowing lower down.

“Proper measures have to be put in place for proper land-use plans.

"We have to stop illegal quarrying. Properly manage quarrying to ensure it does not cause silting of rivers and excess runoff and loss of watersheds.

“These are not difficult to do, once we have the political will to do it,” Abdulah said.

Calling on people to be more responsible in disposing of garbage, Abdulah also questioned the status of the Beverage Container Bill, to prevent plastic bottles ending up in landfills and making their way to watercourses and the sea.

“Much can be done and has to be done. Proper controls by the EMA and Town and Country Planning have to be addressed in a holistic, thorough way.

“There must be a strong political will to get it done, to ensure when we have this heavier-than-usual rainfall as a result of climate change, we would not suffer the kinds of impacts we are now suffering, with such regularity, such frequency, with such horrific consequences.”