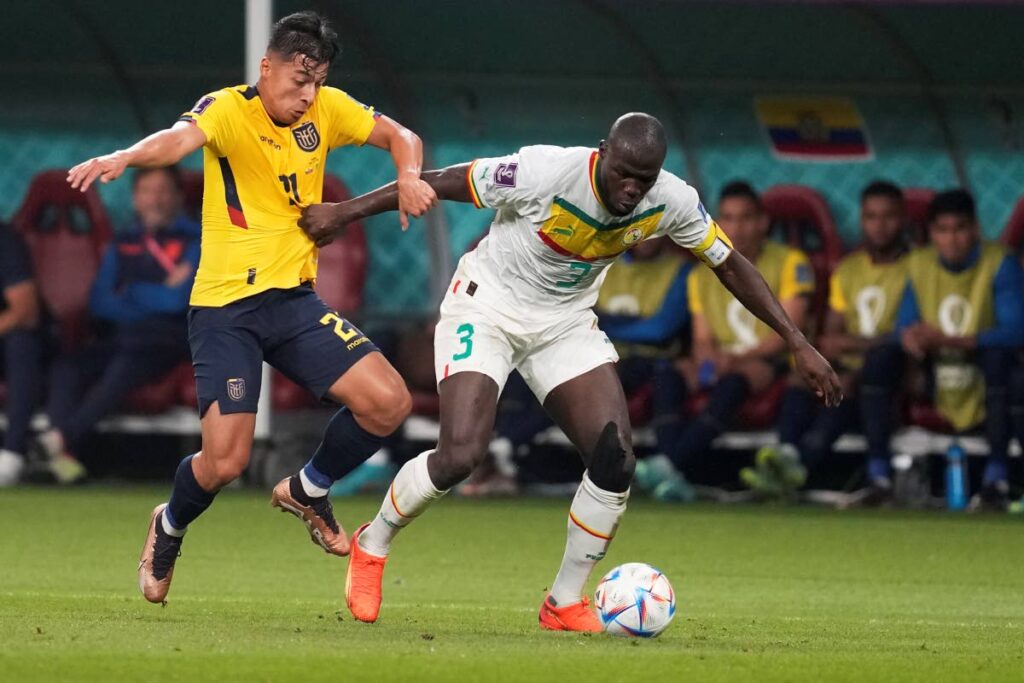 Senegal's Kalidou Koulibaly (R) and Ecuador's Alan Franco challenge for the ball during the World Cup group A match, at the Khalifa International Stadium in Doha, Qatar, on Tuesday. (AP Photo) -

THE Netherlands and Senegal ended first and second respectively in Group A to seal places in the round of 16 at the 2022 FIFA World Cup in Qatar.

On Tuesday at the Khalifa International Stadium, Senegal defeated Ecuador 2-1 to finish second in the group with six points. Ismaila Sarr converted a late first-half penalty to put Senegal in front in the 44th minute.

Moises Caicedo equalised for Ecuador in the 67th minute, but Senegal responded quickly as in the 70th minute Kalidou Koulibaly found the winner. Ecuador missed out on qualification after ending third in the group with four points. The top two teams in each group will qualify for the round of 16. 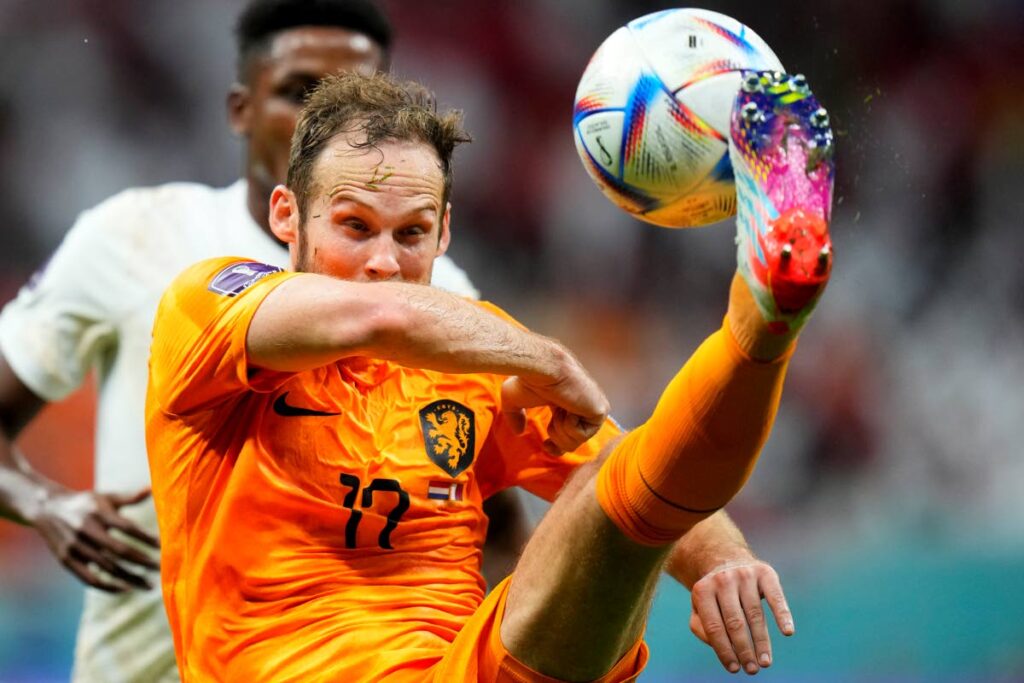 Daley Blind of the Netherlands connects a shot during a World Cup group A match against Qatar at the Al Bayt Stadium in Al Khor, Qatar, on Tuesday. (AP Photo) -

The Netherlands finished first in Group A with a 2-0 victory over Qatar at the Al Bayt Stadium in a match played simultaneously.

Cody Gakpo gave The Netherlands the advantage in the 26th minute and Frenkie de Jong sealed the contest with a 49th-minute strike. The Netherlands ended with seven points and Qatar lost all their matches to end with zero points.