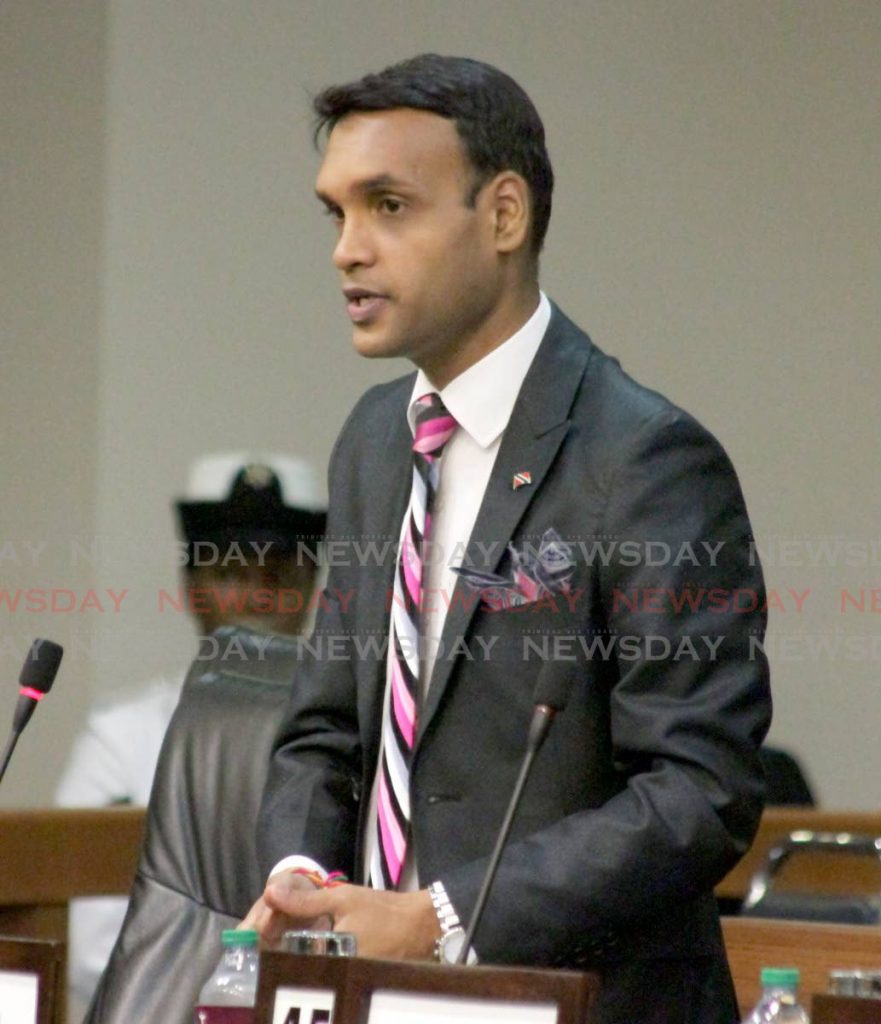 PRINCES Town MP Barry Padarath said he had “great hope” in several outlined plans of the Digital Transformation Ministry but he has been left disappointed as there’s been “very little results.”

Padarath was speaking in Parliament on Friday afternoon.

He commended Opposition Leader Kamla Persad-Bissessar for her response to the 2023 budget, calling it “comprehensive.”

He said it represents the views of the public who were “plunged into despair, darkness and hopelessness” by the budget.

He said he “highly anticipated” the digital transformation portion of the budget presentation as “it is an area that has a tremendous amount of opportunity, especially for the youth of our nation.

“He (Finance Minister Colm Imbert) repeatedly gave us the assurance that TT would be fully digitised by 2025, (but) a lot of what was announced in previous budgets in digitisation has either been abandoned or stultified.”

He said Imbert “click-baited” the nation into thinking there has been progress, when all he really gave was a “rehash of the same old rhetoric.”

He said in last year’s budget, the government said a pilot project for a digital ID would be released in 2022.

But Padarath said, “This pilot project doesn’t have as much as a pilot pen because it has not commenced.

“Two years ongoing and they cannot digitise the Ministry of Digital Transformation.”

He said for several years, Persad-Bissessar has been “advocating for putting tech in the hands of our nation’s children.”