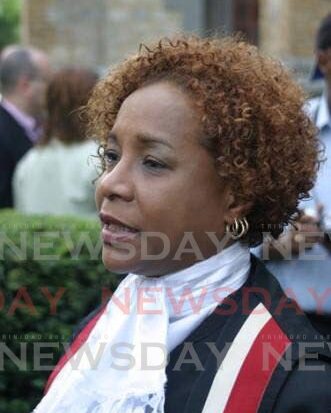 Owing to a recent court ruling, the Police Service Commission (PSC) must await the approval of the House of Representatives before appointing two nominees – Ramnarine Samaroo and Curt Simon – acting deputy commissioners of police (DCP), the PSC said in a statement on Tuesday.

The commission thanked stakeholders for their interest and diligence in the matter of acting appointments as Commissioner of Police (CoP) and Deputy Commissioner.

"It said it "recognises the concerns expressed and shares these concerns and is also aware of the critical need to have these offices, which provide the necessary strategic managerial support to the CoP, filled." The PSC was aware of the impact these offices have on all aspects of the police service and by extension the nation.

"It is critical to point out that the procedure for making acting appointments of any duration to the above-mentioned offices and the criteria for such appointments have changed as determined in the case of CV 2021-03106 Ravi Balgobin Maharaj v the Attorney General of Trinidad and Tobago and Police Service Commission (first interested party) and Gary Griffith (second interested party)."

The statement said the PSC's duty was to create an order-of-merit list of those who satisfy the legal requirements to fill the office, and present that list to the President for nomination to the House.

The commission only makes appointments after the House of Representatives has approved the nominations.

The PSC said the President's notifications of the nominations for Ramnarine Samaroo and Curt Simon as acting appointment as DCP were itemised on the order paper for the parliamentary dated November 21, to be debated on November 25, but the sitting was adjourned to December 2 without debate on the nominations. It said it would immediately appoint the officers to act as DCPs

when it received notification of approvals from Parliament.