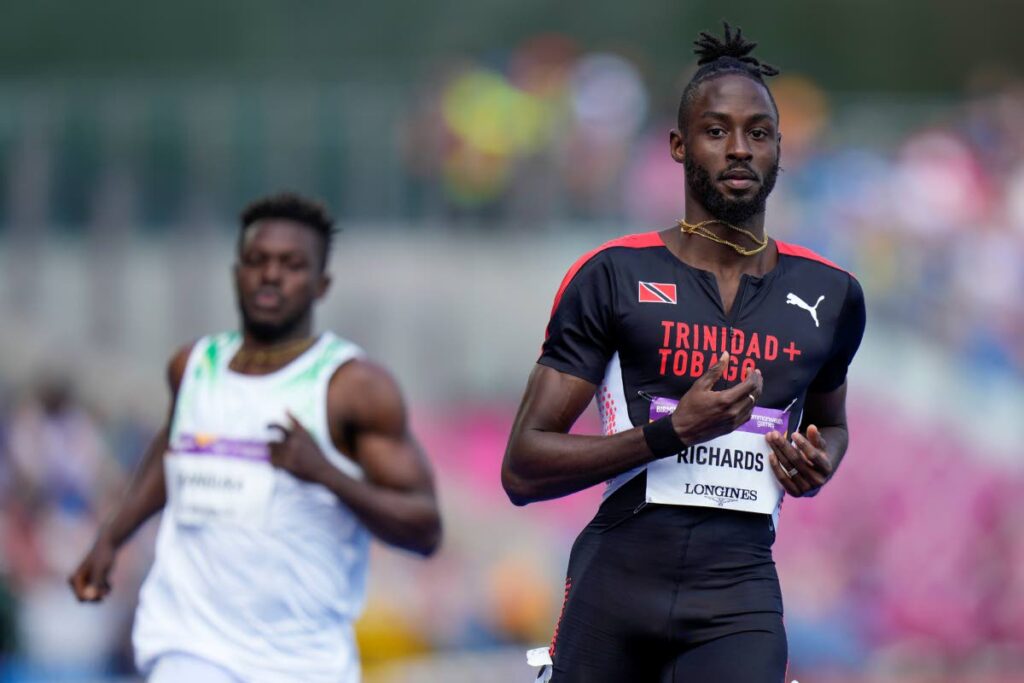 Jereem Richards of Trinidad and Tobago, during the heats in the men's 200 metres, in the Alexander Stadium at the Commonwealth Games in Birmingham, England, on Thursday. (AP PHOTO)

Trinidad and Tobago's 4x400 relay men clinched the country's third gold at the 2022 Commonwealth Games in Birmingham, England on Sunday.

Jereem Richards, who retained his men's 200-metre Commonwealth gold on Saturday, ran the anchor leg as TT triumphed in a time of three minutes 1.29 seconds.

The victory pushed TT's medal tally at the Games, which will officially conclude on Monday, to three gold, two silver and a bronze.

Running out of lane eight, Dwight St Hillaire had a good first leg, as TT held a slight lead over Jamaica. Asa Guevara, who was on the second leg, maintained the lead, with Jamaica and Botswana keeping up the pressure.

The experienced Machel Cedenio held the lead under immense pressure from the field to hand the baton to Richards.

Less than 24 hours after winning 200m gold, Richards and his Botswana rival were neck and neck until the final 150 metres, when Richards changed gears and powered to victory.

Imbert: Oil and gas production must be boosted

Budget snippet: Revenue increase, but Imbert warns: ‘We don’t have money to throw around’

Budget snippets: $210m to be distributed to 20,000 healthcare workers

Man falls to his death after Barrackpore bar lime

It takes a village to beat a child

Food prices are soaring, and our eating habits are changing

As the internet goes dark in Iran, activists fear what’s next

Moonilal: Trinidad and Tobago should brace for a hardship budget