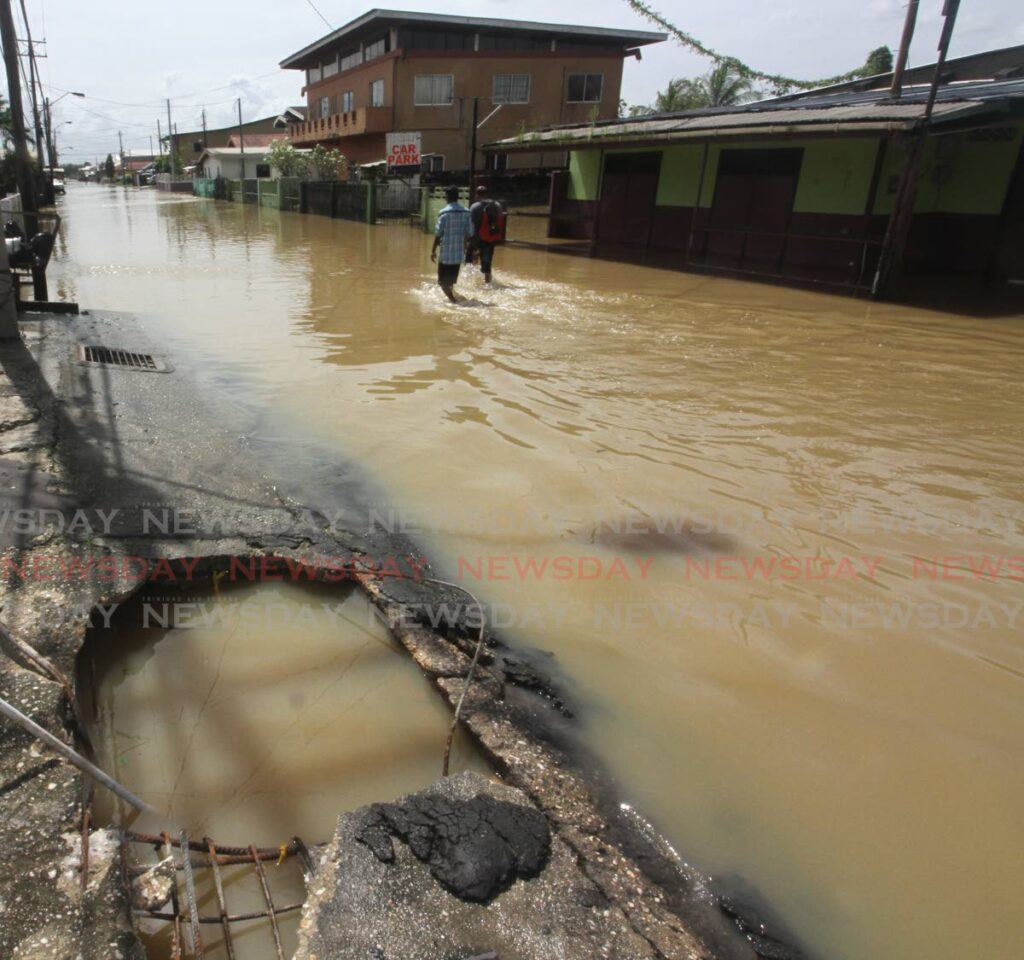 Although the adverse-weather alert has been discontinued, several areas in St Helena, Kelly Village and part of the Southern Main Road in Caroni remain flooded.

Over the last few days, Trinidad and Tobago experienced both yellow-level and orange-level adverse weather and riverine flood alerts.

When Newsday visited Madras Road, St Helena on Tuesday morning, most drivers who tried to enter the road turned back in under a minute, because the floodwaters were still very high.

Residents were seen removing their shoes and walking barefoot through the floodwater to return to their homes. 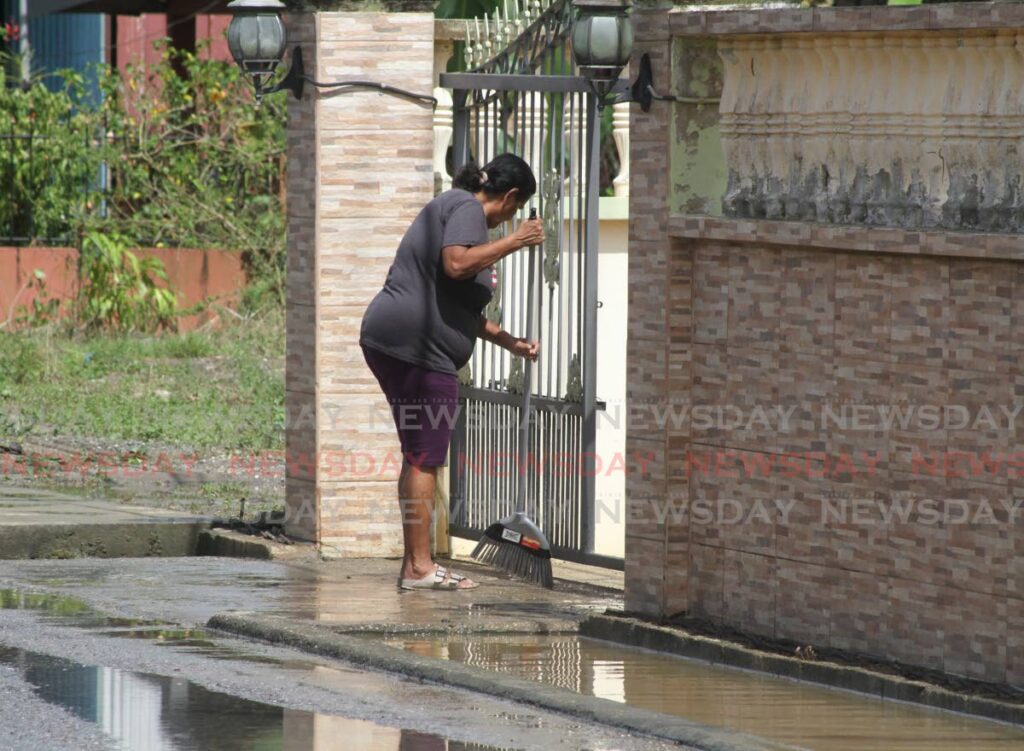 A woman sweeps outside her home on Madras Road, St Helena on Tuesday after the flooding receded. Her drain is still overlowing and parts of the street still impassable to most motorists. Photo by Angelo Marcelle

One driver who tried to drive through got stuck and had to be pulled out by a van.

But although the water was high, residents told Newsday it had been worse a few hours before.

One man told Newsday his neighbours were crying because of how much they lost during the flood. He said he wasn't hit as badly, but he knew some people who had lost everything, and the flooding had also affected a nearby mosque. 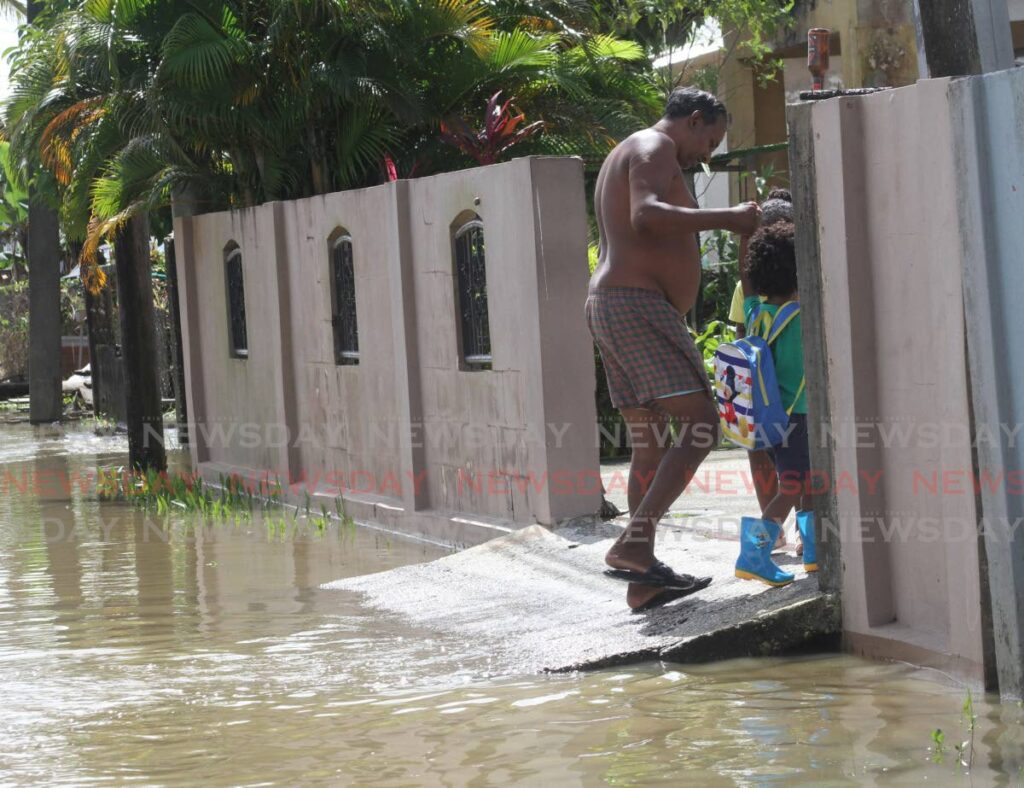 Home Time: A man holds the hand of a little boy after he safely carried him through a flooded Seunarine Street in Kelly Village on Tuesday. Many residents are still marooned in their homes. Photo by Angelo Marcelle

At Sieunarine Trace, Kelly Village, residents told Newsday they had not been leaving their homes, including a woman and her pregnant daughter.

"They ain't treat we nice this year at all," the woman said. "Nobody has come here yet, not even fire services."

She said she has not left her home since Saturday and that whenever she tries calling local disaster hotlines, the lines are busy.

Asked if she would leave if she got help to evacuate, she said yes.

Her entire yard remained flooded and she said she had lost a stove, among other things. 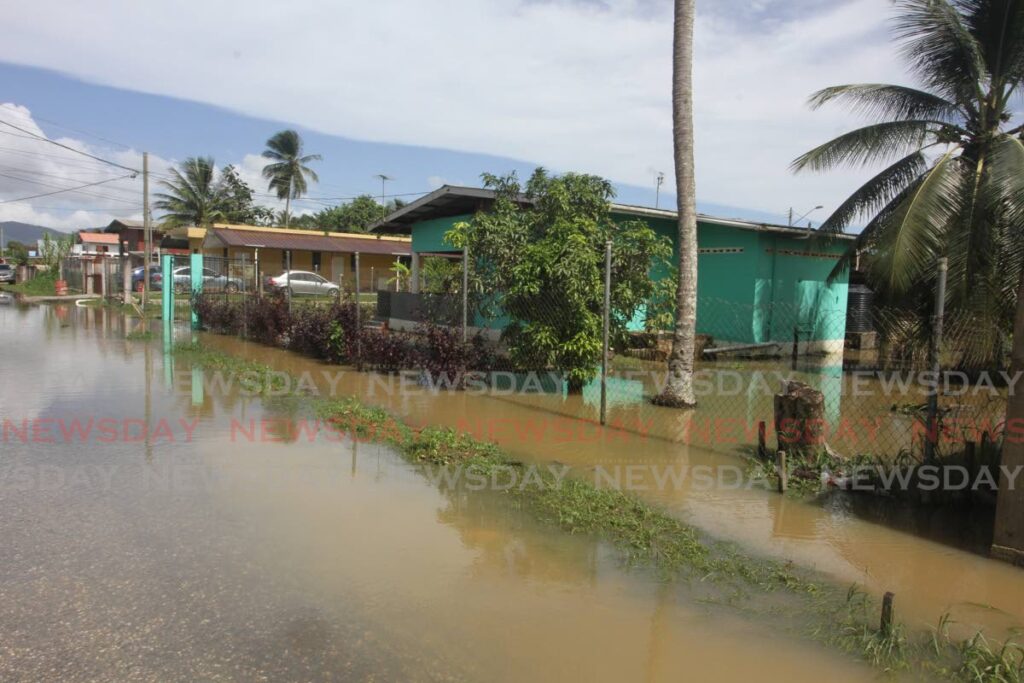 Most of the road is impassable. In addition, many areas of the Southern Main Road in Caroni saw vehicles making 180-degree turns immediately because the water was so deep. One driver's vehicle shut down while trying to drive through.

On a dry section of the road, there was a sign which read: "Turn back. Flood."

4 cases of omicron XBB 1.5 variant in Trinidad and Tobago

Webster-Roy: Unite to save our families, end abuse

Executions aren’t new in Iran, but this time they’re different

Grandmother of man killed by fake cops: I warned him about selling weed

‘Axeback’ laid to rest in Tobago

Children's Authority on violence against children: Allow little ones to express their grief

Dear Editor: Captaining or coaching WI is an impossible job, because the real “bunglers” stay hidden