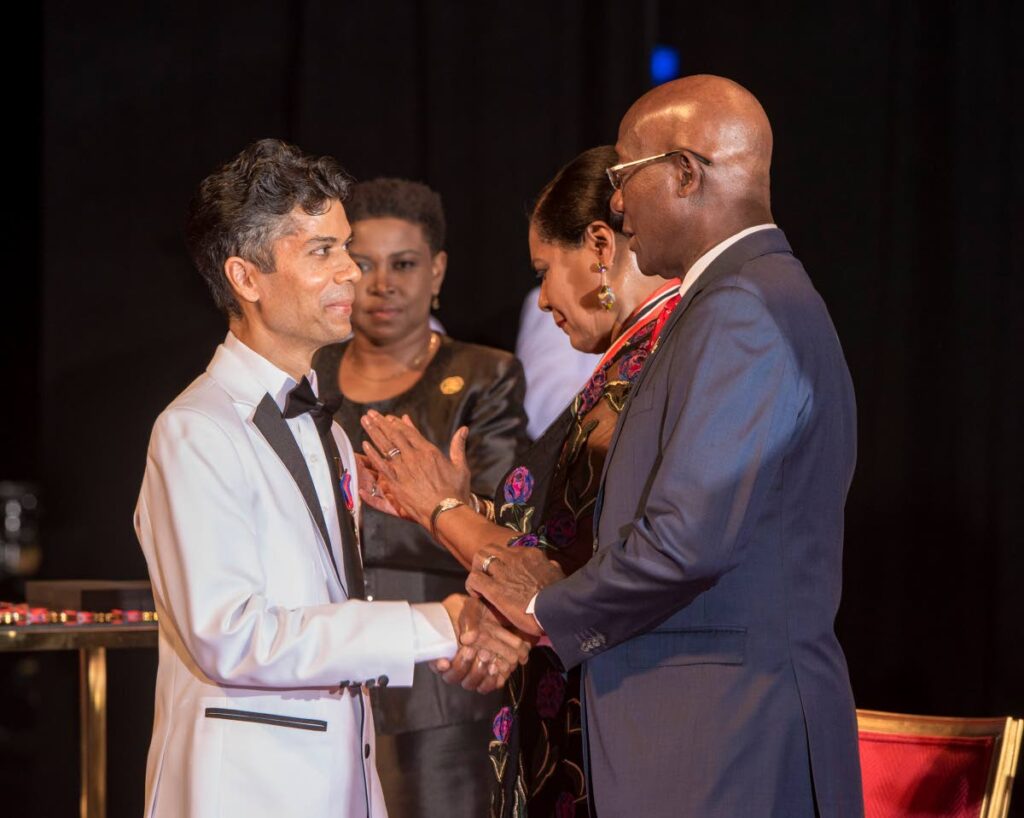 THE FOUNDER of International Men’s Day (IMD) and World Day of the Boy Child, Dr Jerome Teelucksingh, has dedicated his national award to "invisible men" and the vulnerable and voiceless children of the Caribbean.

Teelucksingh, a history lecturer at UWI, was among 63 people who received awards commemorating Republic Day on September 24.

He received the Humming Bird Medal – bronze, for education and volunteerism.

When he founded IMD, he told the Newsday, one of the driving forces was to recognise “invisible men” who do so much but are never rewarded with awards or trophies.

He is hoping one day, the day dedicated for men will be recognised by the UN and given the same kind of prominence as the observance of International Women's Day.

Teelucksingh admitted that for many years he felt like the “underdog who was ignored, ridiculed and rejected.”

Noting that through his challenges he never lost faith in God, he expressed deep gratitude to those who nominated and selected him

He thanked the Office of the Prime Minister – Gender and Child Affairs and its predecessor, the Ministry of Gender, Youth and Child Development, for supporting the annual observance of IMD.

“I dedicate this medal to the children of the Caribbean, especially those with special needs, the many from poverty-stricken families and (who) have unemployed parents. This medal is for those voiceless children who are bullied, abused and need therapy.

"I want the children to never give up hope. Our Caribbean children must be fed hope and given a vision."

His vision is to save the boy child who is often portrayed in the media as misguided and involved in crime and violence.

“If the boy child is neglected or fed a diet of hate and violence, it is obvious he will develop into a misguided and confused young man.”

His focus is to create an environment where boys feel happy, healthy and valued within their families and communities.

As the son of a cleric, Teelucksingh credited the Presbyterian Church for being influential and shaping his religious life.

“I am hoping that this national award will encourage Presbyterians, especially the young generation, to continue on the path of excellence.”

It is also his hope, he said, that "backsliders" and "lost sheep" among the Presbyterian flock will realise the need to return or be more active in the fellowship of the church.