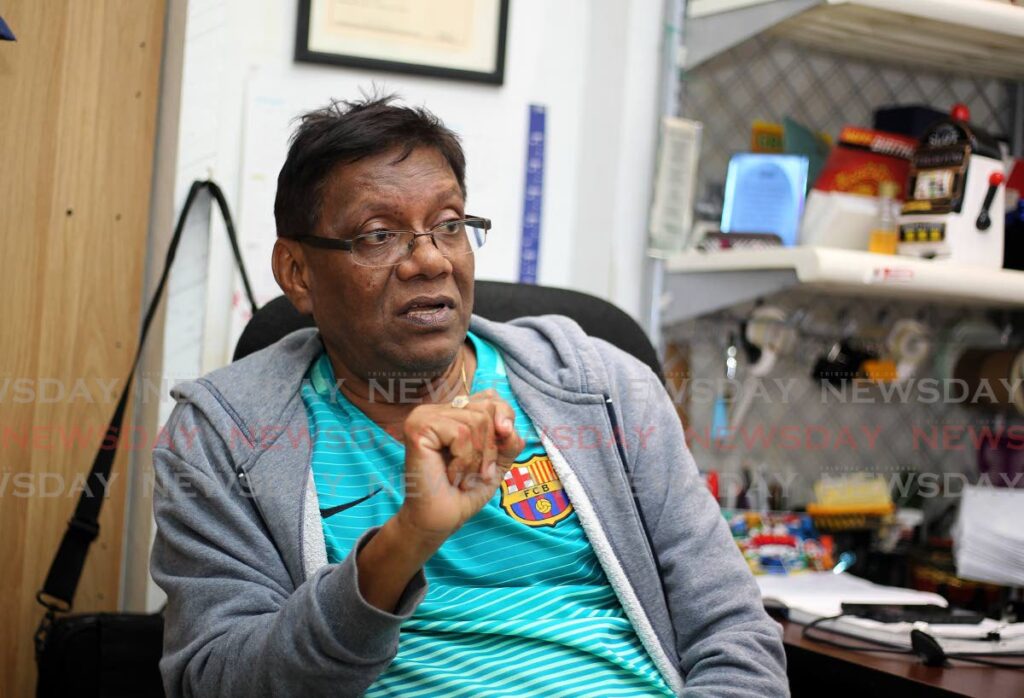 JITTERS: Retired sports journalist Valentino Singh, owner of The Fan Club, says he and other tenants of Trincity Mall are jittery amid talk of the mall being placed for sale. Photo by Roger Jacob

TWO years after talk of being sold was first mentioned, tenants at Trincity Mall were left jittery as talk has surfaced once again.

Retired journalist Valentino Singh, a spokesperson of the tenants association, said tenants were not informed of any sale or intended sale by the management committee of the mall.

A social media post, the second this year, began circulating advertising the mall for sale. According to the post, the mall is listed as the largest in the English speaking Caribbean. The post said the mall sits on 53.6 acres of prime land including 14 acres of undeveloped land.

There is also 661 thousand square feet of purpose-built building space with 490 square feet of gross leasable space. The post said the mall has over 295 stores and kiosks with access to prime real estate and is strategically placed with a clear highway with easy access to public transport.

The first was that the mall was already bought by a government minister, while the other said a businesswoman was now the owner of the mall. 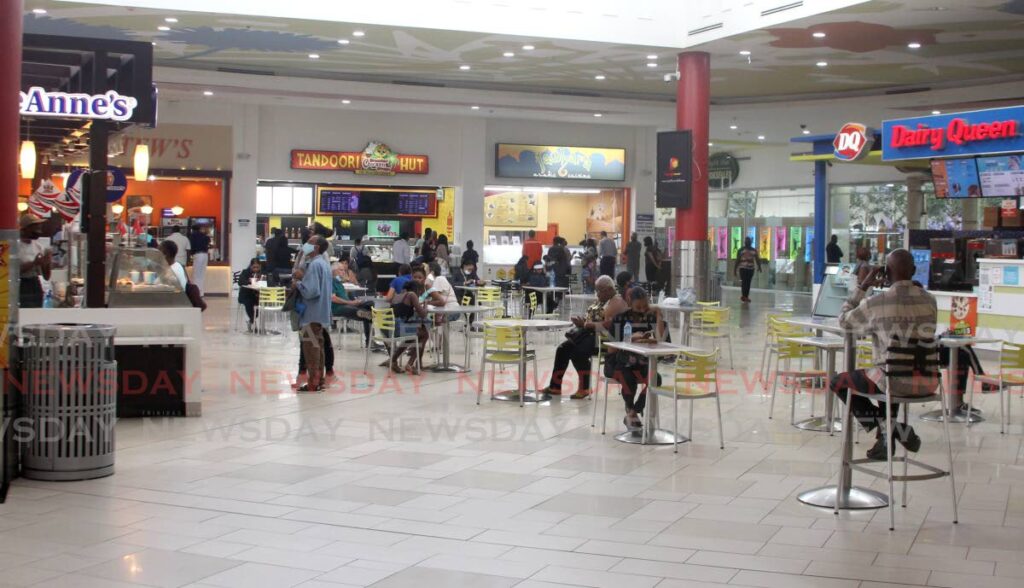 The food court at Trincity Mall. Photo by Roger Jacob

Singh said on Wednesday that what was worrying for many tenants is the construction of another mall nearby and with this talk of Trincity Mall being up for sale, tenants would have legitimate concerns.

Singh, who owns The Fan Club, in the mall, said store owners are now seeing some semblance of normalcy after two years of stress at the height of the pandemic, so rumours of a sale are very unsettling.

When contacted, the mall’s manager Sandie St Hillaire, said she was unaware of any advertisement being placed for the sale of the mall. She directed all queries to the corporate office at Long Circular Mall.

Newsday called the number for that office and an official said there would be no comment on that issue.

“We have never been spoken to. We have had no communication from management regarding the sale of this mall. That puts us in a position that suggests to us that they too are uncertain,” Singh said.

Trincity Mall along with Long Circular Mall, both part of the Home Construction Ltd (HCL) family, a subsidiary of CL Financial Limited, was seized by the State as part of the government's bailout of Clico.

CL Financial has been in the hands of liquidators since 2017 as the government moves towards selling off the assets to recoup what it spent to bailout Clico.