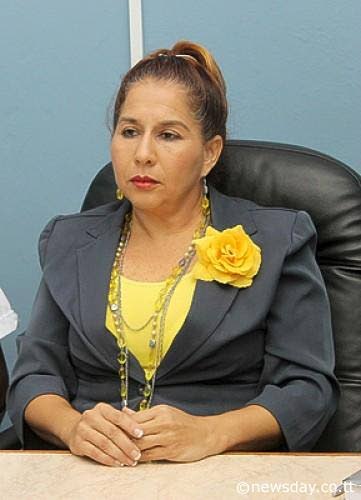 Dianne Hadad, president of the Tobago Chamber of Industry and Commerce.

TOBAGO Chamber of Industry and Commerce president Diane Hadad says she did not hear anything in the 2023 budget about increasing productivity.

To illustrate her point, Hadad used the example of people having to visit government offices repeatedly for services.

“Sometimes people have to go to a government office five or ten times to get the same thing. Digital or not is irrelevant to efficiency. Does our digital system even work properly?

“So we are being penalised again in terms of how we are going to survive and live, but our efficiency and delivery has not been challenged in any way. And there was no mention of any medium that will be used for us to get to a level like that.”

Hadad continued, “Are we going to run the boats to their true speed and capacity and therefore the trip will be made in two and half hours rather than punish us there for four hours so that we can save on fuel and, therefore, the air becomes more efficient in terms of service and an option? Those are the things I have not heard.”

She poured cold water on the view that if fares on the sea and air bridge were not increased, citizens would have felt the pinch in health, education and social services.

“But I have not even heard how we are going to really treat with health, social services and education. What are the formulas that are going to be used to make these things true and effective?”

She predicted more hardship for Tobagonians.

“Why did you not put a lockdown on what interest rates banks could charge? So people are being burdened in other areas because you did not put anything in perspective as to how you are really going to treat our people and train our country in order to bring relief to the entire country in terms of development.”

At present, Hadad said oil and gas subsidies are the only things which citizens benefit from.

“Everything else is based on your wealth ability and your earning capacity. Therefore, the hardships are going to be burdens for the lower and, what used to be, the middle class.”

Saying the budget was not stimulating, Hadad said it did not reflect the challenges confronting Tobagonians who suffered through two and a half years of the covid19 pandemic.

WPC shows meaning of to protect and serve

People, saying 'none of your business' rude