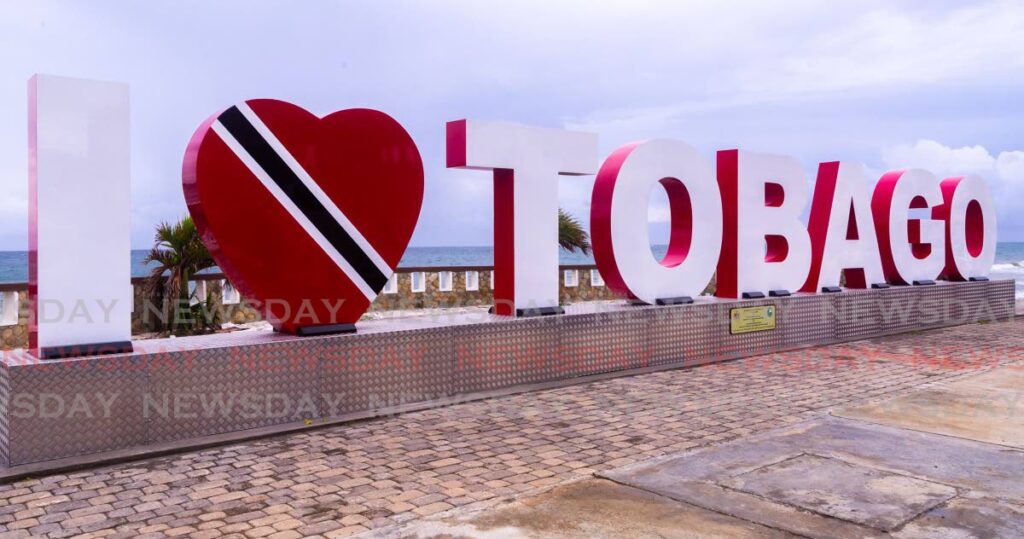 The I Love Tobago sign at the Scarborough Esplanade. - DAVID REID

THE Tobago House of Assembly (THA) has received an allocation of $2.5 billion to manage its affairs over the next year.

Making the announcement on Monday in his presentation of the 2022-2023 budget in the Red House, Port of Spain, Finance Minister Colm Imbert said the sum represents 4.3 per cent of the $57.6 billion budget.

“Consistent with what we provided the PNM-led administration in the THA between 2016 and 2021, we are allocating the new PDP-led THA 4.3 per cent of the total national budget in 2023,” he said. The THA wanted $3.97 billion.

Imbert said $2.194 billion has been allocated for recurrent expenditure, $300 million for the THA’s development programme, $18 million for URP and $9.2 million for CEPEP.

In addition, Imbert said the THA will also have access to $135 million in loan financing for its development projects from a loan finalised in previous years.

He added the government has also arranged approximately $100 million in loan financing from the Development Bank of Latin America for coastal protection work in Tobago.

“So Madam Speaker, that is $2.521 billion in direct subvention, $135 million remaining from a $300 million loan initiated by the previous administration in Tobago, and $100 million in loan financing for coastal protection.”

The minister reminded the House that the THA, during the mid-term review, was allocated an additional $60 million to supplement its allocation, “Thus again reaffirming our commitment to support the work of the new THA administration.”

Imbert said beyond the direct allocation to the THA, an additional $731.5 million has been allocated to various ministries and state agencies for major state projects and programmes in Tobago in keeping with their responsibility under the sixth schedule of the THA Act.

“This means that the overall allocation for expenditure in Tobago in 2023 exceeds $3 billion, and this does not take into account additional expenditure in the hundreds of millions of dollars by the central government on the airbridge, seabridge and national security.”

Saying the government supports the socio-economic agenda advanced by the PDP-led THA in its June 2022 budget statement for fiscal 2023, Imbert added, “The policies, programmes and activities that have been announced, if implemented properly, will improve the economic well-being and quality of life for the people of Tobago.”

He said major developments like the Marriott-brand hotel at Rocky Point, the new terminal building of the ANR Robinson airport and the new marina and southwest Tobago will significantly boost the island’s economy.

“When all these initiatives come together with the projects and programmes, we envisage good outcomes for the tourism sector in Tobago. This is a major part of the national diversification effort.”

He said the government anticipates more jobs will be created in the private sector, while businesses will be maintained and preserved.

Imbert stressed businesses based in Tobago and/or owned or run by Tobagonians will have the same access to all the government’s SME programmes as those in Trinidad.

“There is no distinction.”

He also touched on the controversial "autonomy" bills which are still before the Parliament, saying the government has every intention to give Tobago a greater say in managing its affairs.

Imbert accused the Opposition of obstructing the process.

“It was the intention of this administration to grant greater autonomy to Tobago through the passage of two pieces of legislation which have been the subject of extensive and extended parliamentary attention.

“However, this required the bipartisan support of members opposite, which support we did not receive. The bills were also rejected in the PDP campaign of 2022.

“These two bills will provide the people of Tobago with a greater say and determination in their affairs, and we encourage members opposite to facilitate the passage of these bills and place Tobago in a better position to advance its development and increase its contribution to national economic activity.”