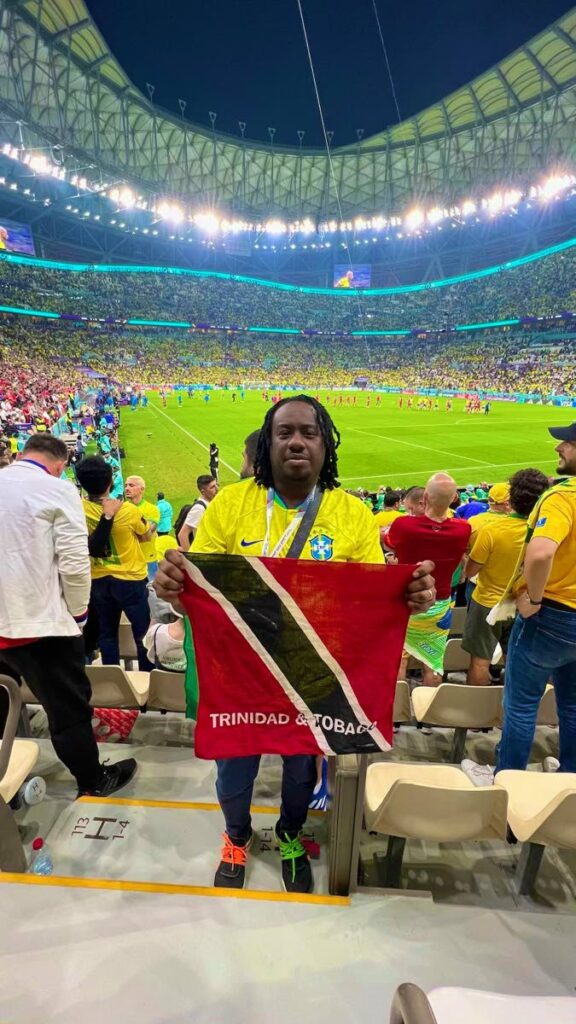 Trinidadian Anderson Homer is in Qatar for the 2022 FIFA World Cup. -

AFTER a surreal experience at the 2006 FIFA World Cup in Germany, Trinidadian Anderson Homer and his family vowed never to miss another World Cup.

They almost achieved that goal, then fell short by missing out on the 2010 World Cup in South Africa. But they picked back up the pace from 2014, and are now at the 2022 World Cup in Qatar having the time of their lives.

Homer, 43, was born and raised in Williamsville and lived here for 33 years before migrating to the US. He now lives in North Carolina.

When Trinidad and Tobago qualified for the 2006 competition, he, his brother and his father went to Germany to support their countrymen.

"The experience was amazing," he said. "I decided I was never going to miss a World Cup ever again."

But in 2010, his brother got married and Homer opted not to go without him.

Now, in Qatar, he said despite how western media may try to make this World Cup look, especially owing to politics, "Qatar has been amazing so far.

"Speaking from personal experience going to other World Cups before, this one is, I think, going to be impossible to top in terms of how they organised everything. As a fan, it's been easy to move around and attend the games and stay here and have a good time."

He said he grew up in a "football family," as his father, Andy Homer, played the sport, and former national player Gerard Homer is his uncle.

As a diehard Brazil fan, his favourite player in the current squad is Neymar and his all-time favourite the legendary R9 – Ronaldo.

He is one of eight Trinis in his group, with the ninth coming from the Cayman Islands.