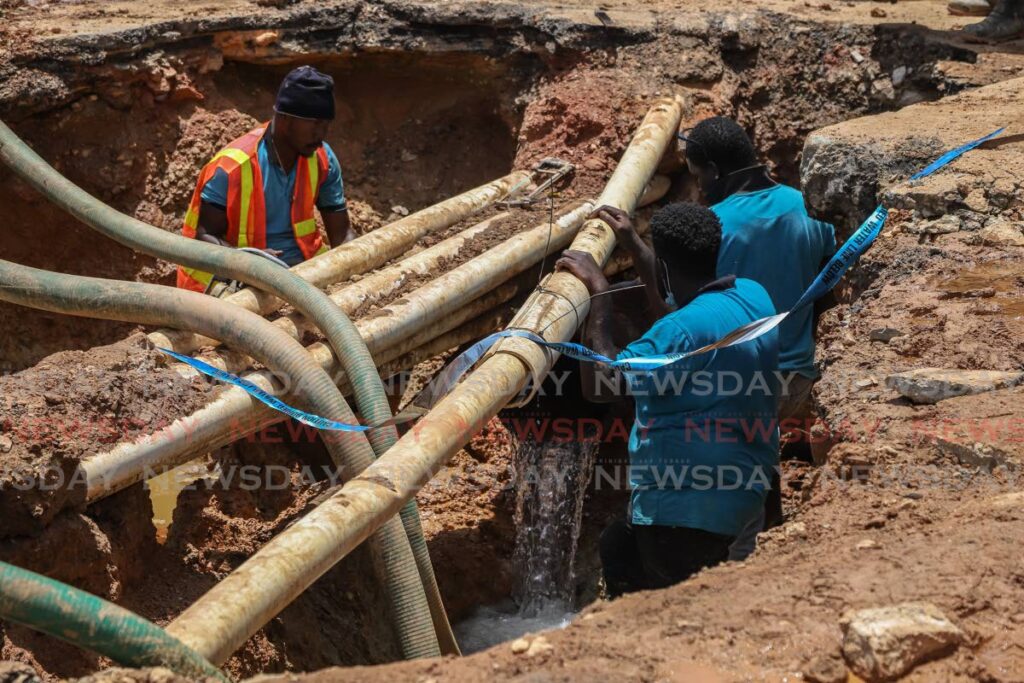 While the Water and Sewerage Authority (WASA) has finished repairing several damaged pipes in Upper Bournes Road, St James, officials said they are still assessing what can be done to prevent any further vandalism.

Last Friday it was reported that several above-ground WASA pipes had been damaged by thieves who stole the brass fittings. The thefts led to several residents in the area being left without water.

Residents said WASA technicians visited the area on Monday morning to complete the last repairs, which restored their water supply.

One resident said the technicians suggested they paint the brass fittings black to dissuade thieves from stealing them.

Contacted for comment, WASA's corporate communications manager Daniel Plenty said it was not WASA's official policy, but only a suggestion from one of the company's employees.

"For now the authority is still assessing the situation to try and figure out a way forward with this incident."

One resident said she was satisfied with the response from WASA and hoped the thefts would not continue.

Newsday also spoke to councillor for the area Wendell Jeffrey, who said the situation was unfortunate and required a community response to prevent any further thefts.

"The fact is that WASA aren't the only ones who have to get involved. I would really like to see neighbours looking out for each other.

"It's not something that can be curbed overnight, it's a new trend that seems to be emerging. So we need people to keep their eyes and ears open in case this happens again."

Digicel Foundation celebrates a decade of helping communities in need