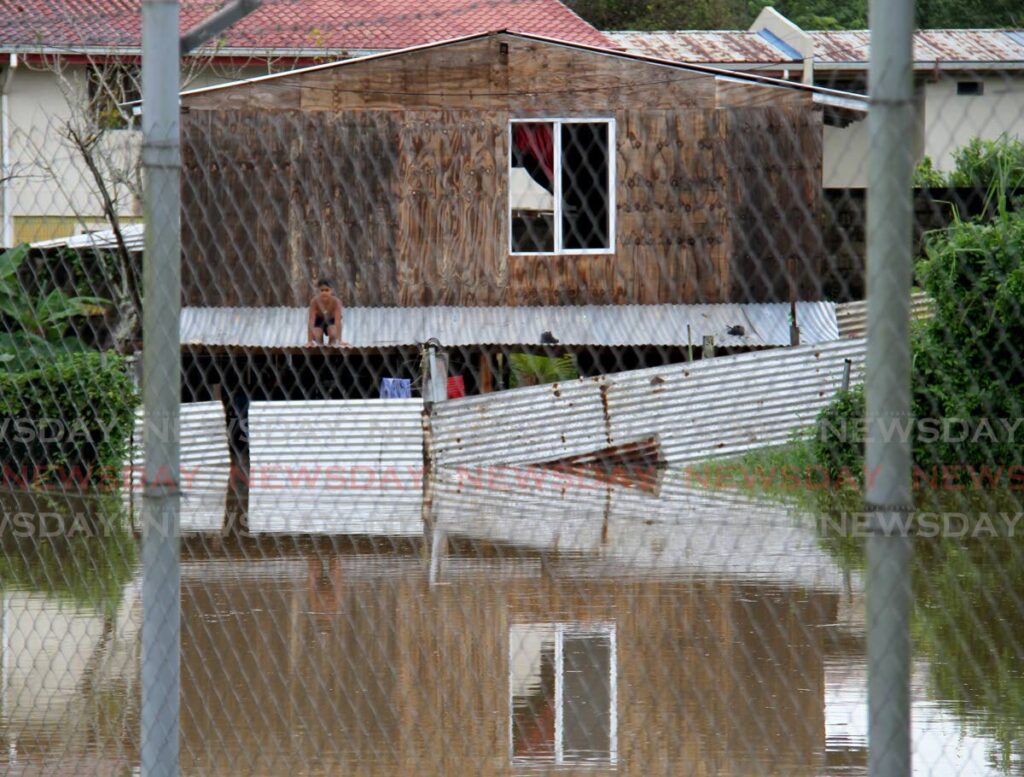 A boy is seen on a roof of a house surrounded by floodwater off Gasparillo Main Road, Gasparillo on Saturday. - Photo by Ayanna Kinsale

THE riverine flood alert (yellow) issued by the TT Meteorological Service (TTMS), which was originally set to expire at 10 am on Monday, has been extended by two hours.

The TTMS issued its latest flood alert on at around 4.20 pm on Saturday.

It said, despite there being intermittent settled periods at times, showers of varying intensities are expected to continue from early Sunday morning.

"There is still a 70 per cent (high) chance of heavy showers and thunderstorms," it said, until midday on Monday.

It expects rainfall in excess of 25 mm in isolated areas, while gusty winds in excess of 55km/h may be experienced especially in and around heavy showers/thunderstorms.

Street/flash flooding and localised ponding, the TTMS said, are also likely in heavy downpours, and seas can become agitated at times in sheltered areas. "Landslides/landslips are also possible in areas so prone."

The yellow alert indicates "moderate risk to public safety, livelihoods and property," with "some potential for harm.

"Most people will be able to go about their normal activities," the TTMS said, "but some will be directly affected."

It called on the public not to wade or drive through flood waters, and to secure loose outdoor items and livestock.