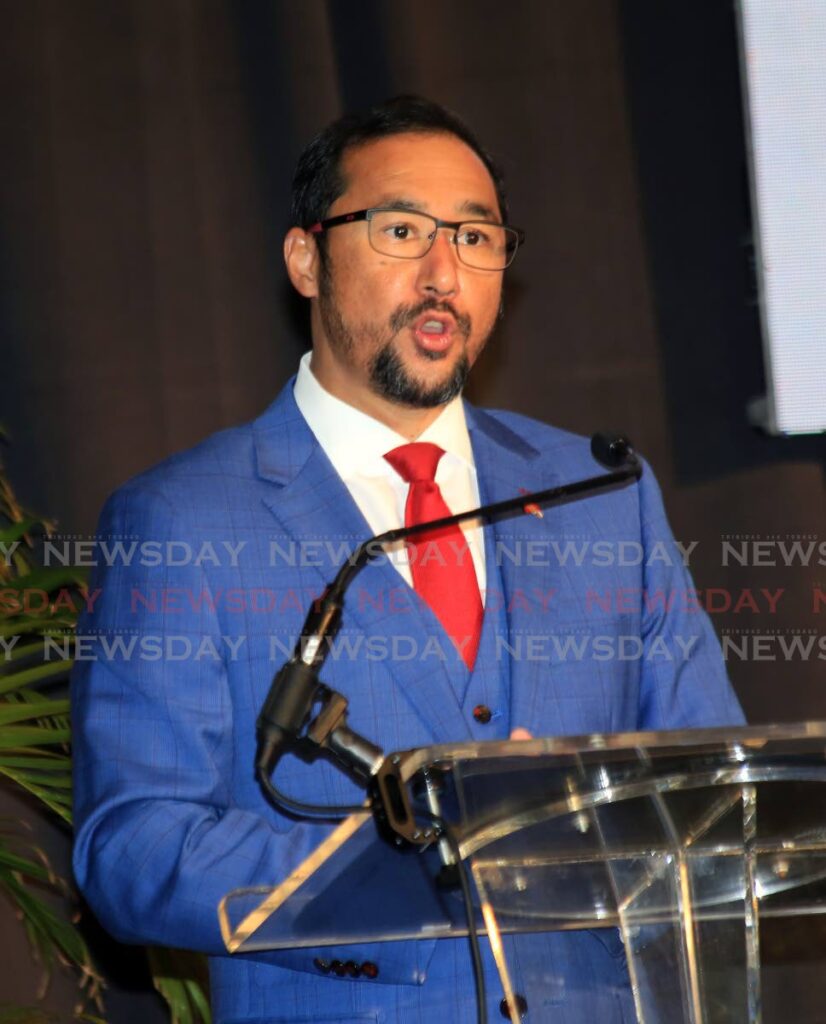 Trinidad and Tobago is well poised and has the advantage to be a global leader in the energy sector through the production of blue and green hydrogen.

But if stakeholders in the energy sector don’t grasp the opportunities now, then that will be a major loss to the country’s development.

This was the message from Minister of Energy and Energy Industries Stuart Young, who also said TT has infrastructure that doesn’t exist in many countries in the region to produce and export tons of blue and green hydrogen.

He was speaking on Tuesday morning at the public launch of the Roadmap for a Green Hydrogen Economy in TT at the Hilton Trinidad, hosted by the National Energy Corporation in collaboration with the Inter-American Development Bank.

Young said, “We are not moving quickly enough. TT, 40 years ago, took the risk when we built Point Lisas, and 30 years ago, when we decided to go with a gas-based industry. We were global energy leaders.

“The vision is we must stay globally competitive, and the time to take the decision is now...We are moving too slowly. We have a competitive advantage here now that others don’t have. We have the whole value chain.

“We need to move from the talk. We meet, talk, sit and do the consultation. We know it can work. We have the infrastructure. We know we have the global competitive advantage.”

Green hydrogen is the cleanest, cheapest and most sustainable hydrogen. It’s produced by splitting water molecules into hydrogen and oxygen using renewable electricity. Renewable electricity is collected through sunlight on solar panels, wind using wind turbines, the movement of water collected in dams and hydro-power plants, among other sources.

Blue hydrogen is produced from carbon captured during the manufacture of natural gas.

Both gases are environmentally friendly, as they produce near-zero greenhouse-gas emissions.

Because of this similarity, Young said TT must go the route of producing both blue and green hydrogen.

“TT is well poised, because of its infrastructure, to generate and sell green hydrogen.”

Ammonia and methanol are the platform needed to transport hydrogen. In 2021, TT was the second largest exporter of ammonia in the world, which means the country is in a position once again to take the lead as an energy giant.

Young added: “TT currently has the capacity to produce two million tons of hydrogen a year. That’s how much we use, but due to issues in the energy sector, for example, we don’t have sufficient gas to utilise the capacity. We are utilising 1.7 million tons a year of grey hydrogen.

“There is an intervention process, and that is blue (hydrogen). The blue is something we are focusing on as well as the green. We are perfectly poised in TT to proceed immediately into that, and that is something I am pushing as I talk to the stakeholders at Point Lisas.

“Natural gas is going to be the fossil fuel that carries us well into the future, because hydrogen is not going to miraculously take over the environment. We need to balance it all and get the right mixes. We just have to take the decision.”