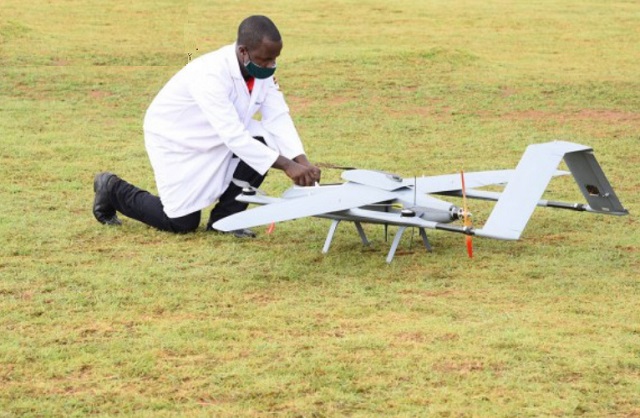 Medical drones launched in May 2021 to deliver medicines to remote Island communities in Kalangala district that are far away from each other are considered a ‘game changer’ for the Uganda Medical Association.

| IVOR PRICE | From Uganda to South Africa, innovators are racing to lighten the pressure on under-resourced health systems using technology. Although this is not a silver bullet, healthtech can help tackle HIV, malaria and maternal deaths.

In Uganda, the Wekebere lightweight belt, developed by a local company, can be wrapped round any pregnant belly in seconds to pick up vital readings from both mother and baby. It is one of a slew of innovations underway in Africa to harness healthtech.

So far, 15 000 mothers have used the Wekebere app to monitor their baby’s progress and get personalised health tips.

Sent remotely, the tips fit well in a new wave of arms-length healthcare that became standard practice in the pandemic.

Be it video chat or short texts linking patients to doctors, telemedicine surged in Covid-19 with everyone confined to home.

But innovations in telemedicine had already been growing pre-Covid for their potential to offer affordable care to far-flung communities who are short of local services or know-how.

In the central district of Kasungu, Stanley Ngwira was used to seeing mosquitoes throng the big sky over his village in Malawi, but a drone hovering above the swarms was a new sight altogether for the retired teacher, according to Thomson Reuters Foundation reports.

Cheap to buy and easy to use, the drones were set to work last year to help scientists map which bodies of water were infested with mosquitoes, carrying malaria in a continent laden with some of the worst healthcare outcomes in the world.

“We were very impressed when we saw the researchers flying their objects which they said will help in fighting this disease,” 87-year old Ngwira told the Thomson Reuters Foundation.

“I usually get malaria twice or thrice per year, especially during the rainy season,” he said, hoping that surveillance in the sky might do away with long treks on foot to his nearest hospital in the southeast African nation.

From tackling malaria in Malawi to boosting maternal health in Uganda, local innovators are turning to healthtech – the intersection of healthcare and technology – to fill the gaps in often overburdened and under-resourced healthcare systems.

In Kasungu, drone footage and GPS coordinates of water bodies rich in mosquito larvae allow researchers to pinpoint malaria hotspots, sample the water, and suggest ways to control malaria’s spread, be it with drainage or chemicals.

Such innovations can shorten the long lines of patients at overstretched clinics and hospitals, said researchers at the Malawi Liverpool Wellcome Trust (MLW) who ran the project.

Funding for healthtech in Africa has risen in recent years, with the sector expected to be worth more than $100 billion by 2030, according to a Google and the International Finance Corporation (IFC) report.

Although still budding, investment is already reaping results in rural outposts and the most deprived communities, the study found.

“We are not saying that these innovations must replace medical experts,” said Olawande Daramola, a professor of information technology at the Cape Peninsula University of Technology, in a video interview.

“They are a form of support to increase productivity of medical experts, and also help improve medical treatments and healthcare services where needed,” he said. 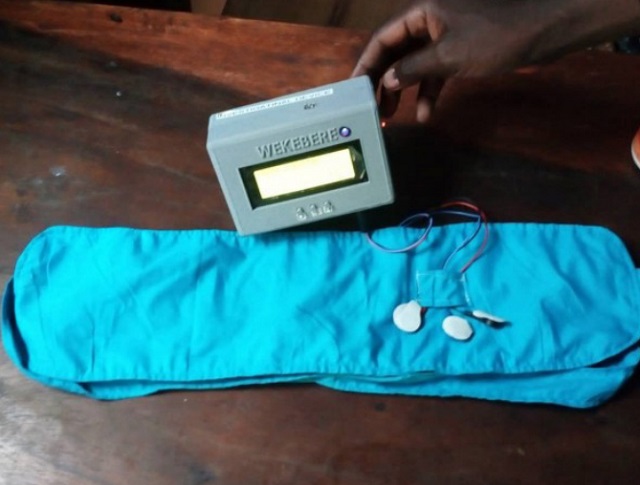 In sub-Saharan Africa, one doctor exists for every 50,000 patients – more than 80 times the ratio of 1:600 the World Health Organisation (WHO) recommends that medics can handle. Nor is it just the medics who are missing.

Many African countries lack basic infrastructure such as hospitals, electricity, roads or equipment, the International Journal of Healthcare Information Systems and Informatics found.

“In this context, there is an opportunity for tech to play a role in adding significant value to the healthcare sector in Africa,” said Daramola.

In South Africa, the department of health’s MomConnect platform has reached over 2 million women, with over 500,000 messages since 2014, providing essential information to expectant mothers through a digital helpdesk.

SASAdoctor in Kenya, operating since 2019, is a 24-hour medical app and in-person service that has 127,000 registered patients, according to the company’s director Francis Osiemo.

With HIV so widespread in South Africa, social enterprise BroadReach Healthcare uses artificial intelligence (AI) to assess the nation’s clinics and suggest ways they can speed up the rollout of life-saving, anti-retroviral drugs.

In South Africa’s KwaZulu-Natal province, the number of virally suppressed people rose from 42% to 92% thanks to the insights that AI delivered in over 18 months, BroadReach said.

Innovators have also used tech to cut costs for patients.

Founded in Ghana in 2014, mPharma negotiates bulk prices and re-distributes medicines as needed to pharmacies and patients.

It has expanded to Nigeria, Zambia, Zimbabwe and Kenya, and also offers micro-payment options for some high-end drugs.

But just as the Malawi drones struggle to fly in heavy wind, rain or heat, researchers say tech is no silver bullet for a continent struggling to keep pace with a heavy health burden.

“Data is a major issue, it is a bedrock of artificial intelligence,” said Daramola, explaining how health records in Africa are rarely digitised or easily accessible.

Other challenges include poor access to electricity and the internet, said Ssekiwere, while legal and ethical frameworks to guide the use of new tech is also nascent.

“Who takes the credit or the blame for healthtech decisions? The doctor? Or the system?” asked Daramola. “The answers are not yet clear,” he said.

Many healthtech innovators also grapple with these questions and use online community Sisonke Biotik to thrash out hot topics.

The group of some 180 global members is co-authoring a research report on machine learning and healthcare in Africa.

“Talent is uniformly distributed across the planet, but opportunity isn’t,” said Chris Fourie, one of Sisonke Biotik’s founders.

Sisonke Biotik says its value stems from the site being community-led and African-centric, with a focus on collaboration and data sovereignty.

Laws governing data sovereignty – the regulation of data by the country in which the data originates – are non-existent or precarious in many African countries, according to a Deloitte report, leaving people open to data theft or tracking.

This story is one in a series supported by Mozilla and Omidyar Network’s Powering Local Innovation initiative, which aims to deepen the conversation around technology innovation in different regions in the Global South.