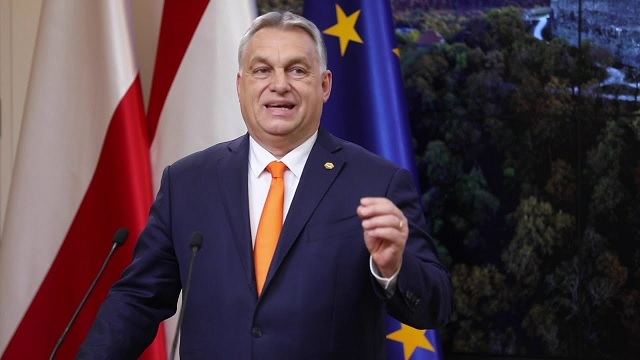 Hungary which imports 65 percent of its oil from Russia through the Druzhba pipeline, has asked for an exception from the ban

Brussels, Belgium | Xinhua | European Union (EU) leaders gathered in Brussels on Monday for a special meeting that is likely to be overshadowed by disagreement on phasing out imports of Russian oil, which Hungary is blocking.

The Russian oil ban is expected to intensify pressure on Moscow to end its military operation in Ukraine.

However, Hungary, which imports 65 percent of its oil from Russia through the Druzhba pipeline, has asked for an exception from the ban along with Slovakia and the Czech Republic.

Hungary’s Prime Minister Viktor Orban warned on Monday that the prospects of the ban being approved are “not looking good.”

Orban said he had seen a revised proposal for the ban, but there was still no agreement on this.

While welcoming a decision to exempt pipeline oil, the prime minister insisted that guarantees were required that his country’s supply of Russian oil would be protected if something happened to the pipeline — which passes through Ukraine to Hungary.

He said there was no clear compromise on this issue, blaming the “difficult position” on the “irresponsible behavior” of the European Commission (EC).

A sixth package of sanctions against Russia was proposed by the EC on May 4. These include a complete import ban on all Russian oil, seaborne and pipeline, crude and refined.

However, EU foreign ministers failed to reach an agreement on the sanctions on May 16, due to Hungary’s opposition.

“The Commission and the French Presidency have been working intensively in the last days to move forward on this package… we’re not there yet,” EC President Ursula von der Leyen told reporters as she arrived at the summit.