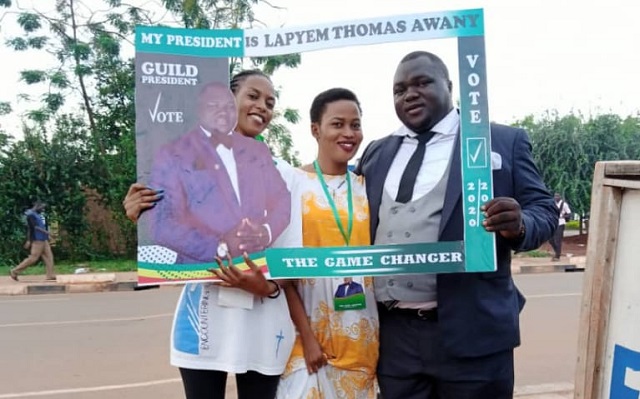 Gulu, Uganda | THE INDEPENDENT | Gulu University management is set to hold meetings with student leaders over their grievances against the University Guild President Thomas Lapyem Awany.

The student leaders last week resolved to expel Lapyem from holding functions of the Guild President and transferred the powers to his vice, Winnie Brenda Atim. The guild officials accused Lapyem of alleged harassment, intimidation, insults, and discrediting them.

In a letter addressed to students at the University dated May 30, a copy of which URN obtained, the Guild Prime Minister Nelson Balaza noted that Lapyem is no longer entitled to represent the student’s guild.

“This notice serves to inform the general student’s fraternity of Gulu University that H.E Lapyem Thomas Awany is not entitled to represent the 20th Guild Government on any official duties until further notice,” Led by the University Guild Prime Minister, Nelson Balaza, the letter reads in part.

The guild officials also summoned Lapyem to appear before the student’s disciplinary committee to answer the allegations against him.

He however notes that whereas the student guild officials have taken the decision to impeach Lapyem from office, the University still recognizes him as the student’s leader until the matter is resolved amicably.

Opiyo says they were supposed to meet on Friday with the aggrieved student leaders and the accused Guild President but the meeting has been pushed to next week.

Gulu University Deputy Public Relations Officer James Ojok Onono, says the move taken by the student’s guild was illegal since they violated their own guild constitution.

Onono notes that Lapyem was expelled by the student guild in his absentia without his side of the story being heard in a disciplinary committee. Lapyem had traveled to Germany by the time of his impeachment.

“Lapyem being outside the country wasn’t illegal, the University funded his trip, but the leaders took the opportunity of his absence to disorganize the guild. If they had an issue with Lapyem, they should have been patient, wait for him to come back and write to the dean and summon him, that would have been recognized by the management,” said Onono.

He says the University has no problem with the guild officials subjecting the Guild President to disciplinary actions as long as the rightful procedures are undertaken.

Lapyem however denied the allegations against him saying they are baseless. Lapyem was elected as the 20th Guild President in December last year.